As we buy new electronics, old, incompatible chargers pile up. Although they are often fully functional. The European Commission has now presented a bill that entails a common standard for all chargers for smartphones, tablets and similar products. 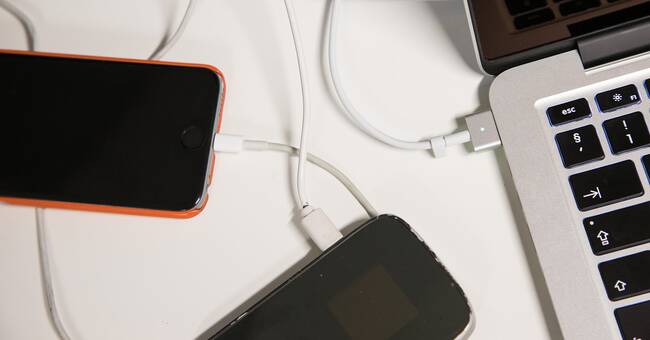 The European Parliament has long emphasized the need for and pushed for the issue of a common standard and binding rules for chargers.

This is to reduce electronic waste in Europe and give consumers more power to make sustainable choices.

During several years of work with the industry, they have managed to reduce the number of mobile phone chargers from 30 to 3.

Now the question of a uniform charger has ended up on the European Commission's table, which on Thursday presented a sharp bill in Brussels.

We put an end to that.

With our proposal, European consumers will be able to use a single charger for all their portable electronics, says Thierry Breton, Commissioner for the Internal Market, in a press release.

By 2020, around 420 million mobile phones and other portable electrical products were sold in the EU, according to the European Commission.

European consumers spend a total of 2.4 billion on chargers every year.

Chargers are said to account for 11,000 tonnes of annual electronic waste.

Margrethe Vestager, EU Commissioner responsible for the EU's digital strategy, describes this as an important benefit for consumers and the environment, in line with the EU's 'green and digital ambitions'.

- We have given the industry plenty of time to come up with their own solutions, now it is time for legislative measures for a common charger, says Vestager.

The proposal must now be approved by the European Parliament.

If voted through, the industry will have a 24-month transition period to prepare before the directive enters into force.

Technology giant Apple, which has its own so-called Lightning cable, is not as enthusiastic.

The company writes in a statement, according to The Guardian, that stricter rules risk affecting technology development negatively.

"In the long run, it will harm consumers in Europe and around the world," the company continues.