The lava that has been spewed since last Sunday by the volcano of the island of La Palma “Combre Vieja” in the Spanish archipelago of the Canary Islands appeared to be advancing slowly since yesterday, Wednesday, September 22. 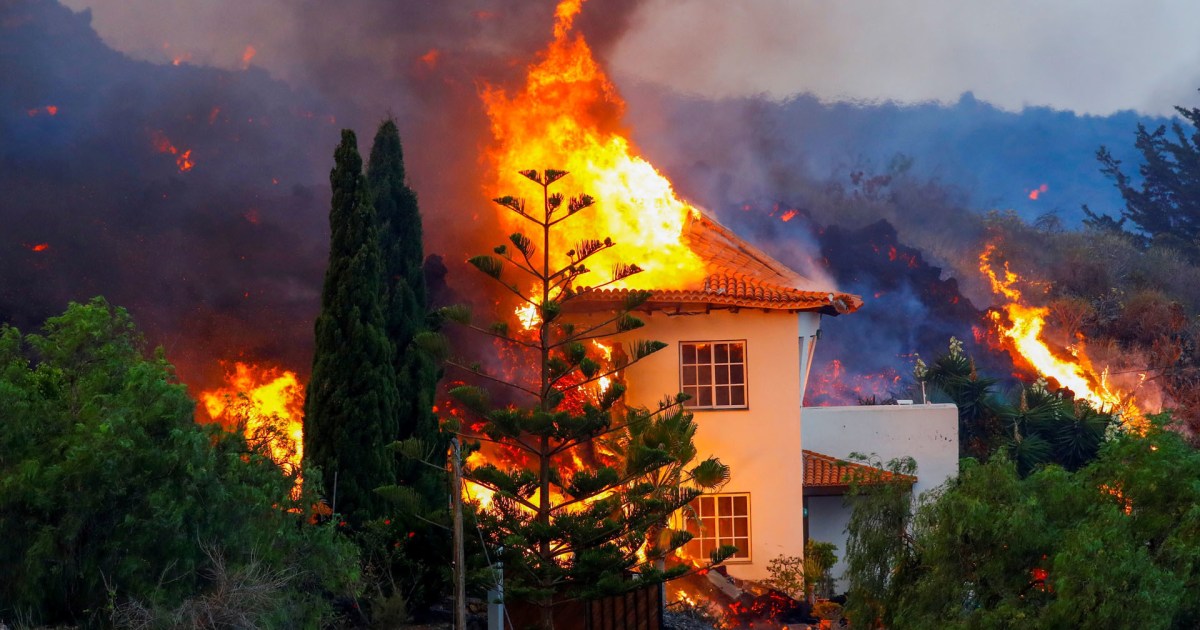 The lava that has been spewing - since last Sunday - on the island of La Palma "Cumbre Vieja" in the Spanish archipelago of the Canary Islands has been advancing slowly since yesterday, Wednesday, September 22, according to a report in the newspaper "Le Figaro".

Plumes of black smoke several hundred meters high continued to rise from the Cumbre Vieja volcano, and authorities said that ash scattered in the air reduced visibility and asked islanders to limit their travel by car.

According to the Volcanic Institute of the Canary Islands (Involcan), an eruption of Cumbre Vieja can last "between 24 and 84 days", and is accompanied by significant emissions of gas and smoke.

According to the institute, this volcano spews between 6 thousand and 11 thousand and 500 tons of sulfur dioxide daily into the atmosphere.

The cloud, which has already reached the Moroccan coasts and the Iberian Peninsula, is expected to rise towards the Balearic Islands and southern France, according to the forecasts of the "Copernicus" program.

According to the same source, this sulfur dioxide cloud will cover the entire western Mediterranean and a large part of the Maghreb tomorrow, Friday.

According to the latest Copernican report, lava destroyed 154 hectares of land and 320 buildings, including many hastily abandoned homes.

A total of 6,100 people have been evacuated since the eruption began, and there have been no deaths or injuries so far.

The authorities said that among those 400 tourists were transferred to the island of Tenerife in the same archipelago.

The value of the damage caused by this volcanic eruption on that island - which is inhabited by nearly 85,000 people - will exceed 400 million euros.

In the face of this situation, firefighters made a desperate attempt during the night of Tuesday to Wednesday to divert the lava flow (10 meters high) away from the village of Todok, one of the villages whose residents were evacuated for fear of them from the flowing lava.

But the president of the Canary Islands, Angel Victor Torres, criticized the initiative.

He said during a press conference, "In the face of the advanced lava ... we cannot do anything." He added, "No barrier or trench" can stop the flow of lava, and in fact, the lava may stop on its own, especially as it slows down little by little and no longer advances except At a rate of one meter per hour.