On Friday, Sweden, Norway and Denmark will enter into a new military cooperation. In addition, representatives from 13 different countries will meet in Stockholm to discuss how to jointly tackle several ongoing security threats. 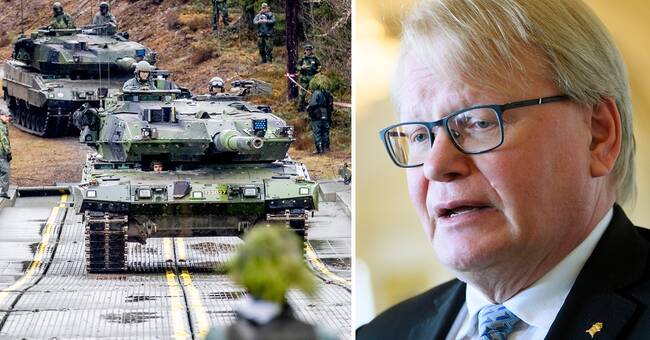 Minister of Defense Peter Hultqvist (S) believes that it is important for Sweden to expand military cooperation with other countries.

He points to, among other things, the risk of international terrorism and a troubled world with conflicts in, for example, Afghanistan and Mali.

- We also see that in our immediate area there is an increased military build-up and extensive exercise activities.

It is essential to build networks and alliances where we collaborate with others to contribute to stability, says Peter Hultqvist (S).

On Friday, 13 defense ministers and delegation leaders will meet at Karlberg Castle in Stockholm to discuss the continued work of the European Intervention Initiative (EI2), a French military cooperation in which Sweden has been a member since 2019.

During the day, Sweden will also sign an agreement on increased military cooperation with Denmark and Norway, something that TV4 Nyheterna was the first to report.

The moderates welcome the new agreement as, according to them, it creates better conditions for carrying out operations together.

At the same time, the cooperation does not replace the need for full membership in the NATO military alliance, according to the Moderates.

Sweden today has a partnership with NATO, why is that not enough?

- A partnership gives us the opportunity to practice and coordinate, but it is only a full-fledged Swedish NATO membership that provides defense guarantees.

You need to be clear about that, says Pål Jonson (M), defense policy spokesman.