The final stages of Gabby Petito, who was found dead in the wilderness, have become more eyewitness accounts. 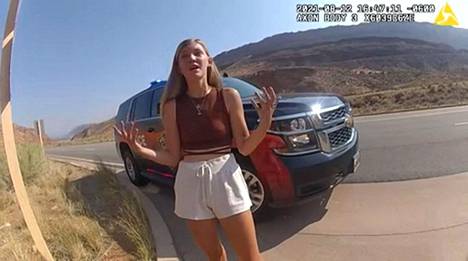 According to new eyewitness statements, the distance between Gabby Petiton, 22, and his fiancée Brian Laundrie, 23, was contentious just before the last observations of Gabby.

The couple planned to visit and stay in national parks in four months and post pictures and videos of their trip on social media.

Only Laundrie returned from the trip.

On Tuesday this week, it was confirmed that the woman found dead in Wyoming on Sunday is Gabby Petito, who was reported missing on September 11th.

According to the coroner, this is a homicide.

The Laundri family reported that Brian was missing last week and the man has not been found despite the searches.

The couple’s visibility on social media has spawned more observations from the last days of their trip, CNN says.

Nina Angelo says she saw Gabby and Brian arguing with her boyfriend Matt England in front of a restaurant in Wyoming in late August.

Petito cried and Laundrie was angry with his eyes, walking back and forth inside and out of the restaurant and verbally threatening the staff.

However, according to Angelo, he did not see any physical violence between the couple.

The director of the restaurant admitted to CNN the incident they had on August 27 and has also shared his information with the federal police, the FBI.

The day was the same when Petito sent the last text messages to his mother.

Utah’s Moab police confronted the couple after police received notice of a clash between Petito and Laundrie.

Picture of a police body camera.

Four open questions about the mystery of disappearance

The distance between Petito and Laundrie was apparently anything but sunny and smiling as the pictures and videos on Instagram and YouTube suggested.

CNN has also seen a statement issued to police in which an eyewitness said he saw the couple quarreling aggressively in Utah in August.

According to the witness, the couple had struggled to control Petito's phone.

- At one point, a woman pushed a man's hand and / or face, trying to go inside the van.

The witness heard Petito say, "Why do you have to be so mean?"

Later that day, the Moab police in Utah encountered the couple after police received notice of a clash between Petito and Laundrie.

Police ended up urging the couple to spend their nights apart.

This is known from the movements of Brian Laundrie

So far, Laundrie has not been wanted on suspicion of a crime, but has been wanted by police as a missing person.

His parents told the FBI that Laundrie announced that he was leaving alone to hike to the Carlton Conservation Area, about 20 miles from North Port, Florida, where he lived with his parents and Petito.

Authorities have been searching for the man in the area, but no trace of him has been seen.