In New York, on the sidelines of the 76th session of the UN General Assembly, Russian Foreign Minister Sergei Lavrov held a conversation with Faisal Mikdad, Minister of Foreign Affairs and Compatriots Abroad of the Syrian Arab Republic. 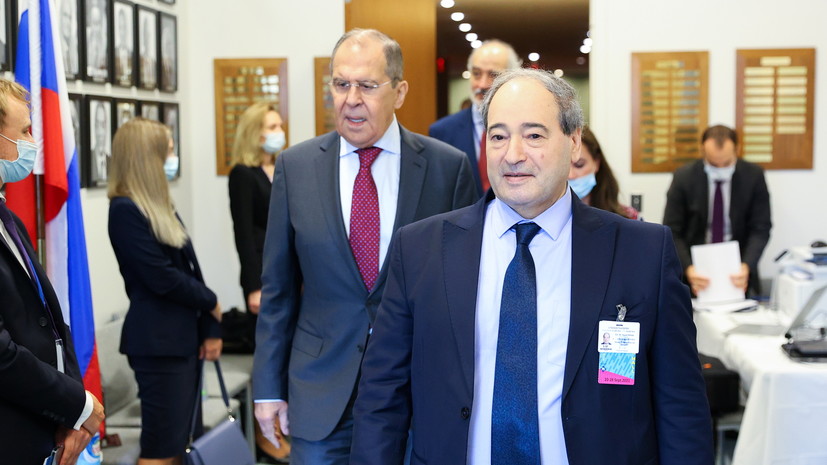 It is noted that "an exchange of views took place on the development of the situation in and around Syria, with an emphasis on the prospects for further advancing the political process on the basis of UN Security Council Resolution 2254, including the activities of the Inter-Syrian Constitutional Committee in Geneva."

"In this regard, the Russian side reaffirmed its principled position in support of unconditional respect for the sovereignty, unity and territorial integrity of the SAR, the legal right of the Syrians to independently determine the future of their country," the statement said.

The Foreign Ministry added that "in a constructive and interested manner, a discussion of some practical issues of further strengthening Russian-Syrian bilateral relations took place."

Earlier it was reported that Lavrov had a meeting with Bolivian President Luis Arce Catacora on the sidelines of the UN General Assembly.