L1: fan overflows in series, new sanctions in sight Rennes (AFP) Supporters "unbearable", general indignation, repeated sanctions ... At the heart of a worrying spiral, here is French football forced to crack down again the day after new incidents on the sidelines of Montpellier-Bordeaux and Angers-Marseille on Wednesday. The disciplinary committee of the Professional Football League (LFP) began to meet Thursday at 5 p.m. to look into these clash 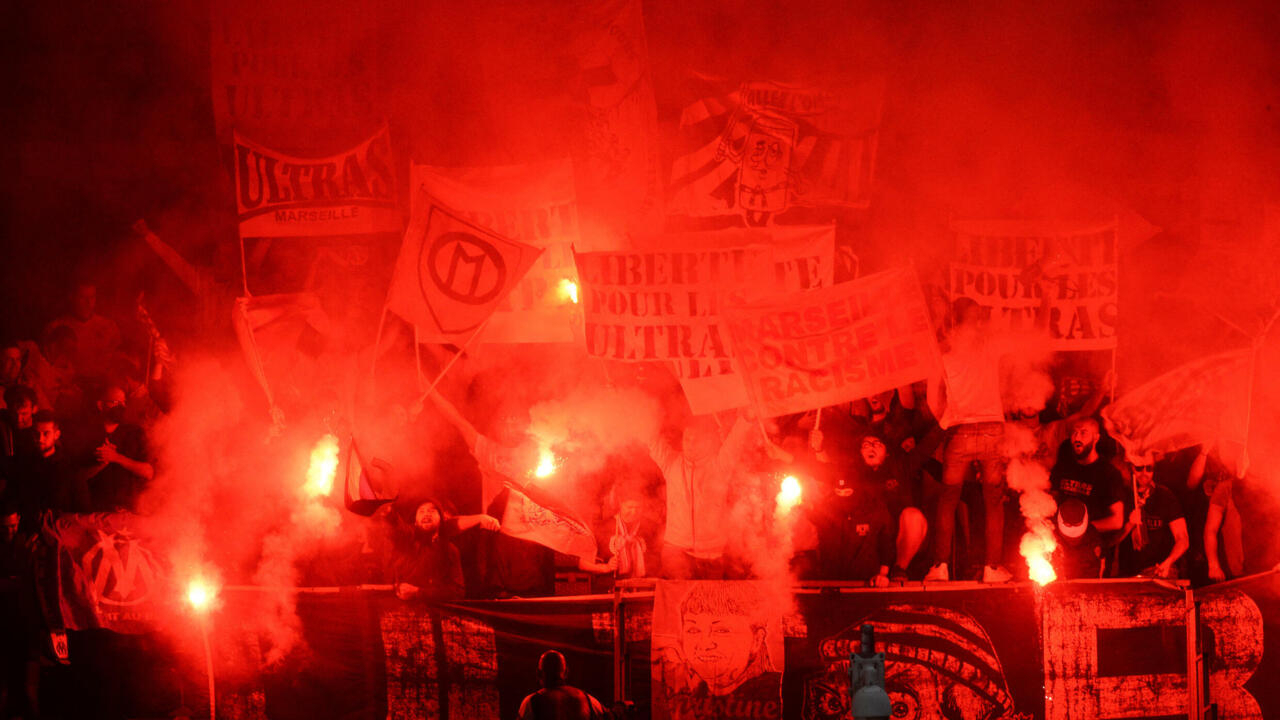 Supporters "unbearable", general indignation, repeated sanctions ... At the heart of a worrying spiral, here is French football forced to crack down again the day after new incidents on the sidelines of Montpellier-Bordeaux and Angers-Marseille on Wednesday.

The disciplinary committee of the Professional Football League (LFP) began to meet Thursday at 5 p.m. to look into these clashes.

This is a new episode of a black series in which Ligue 1, under the international spotlight since the arrival of Lionel Messi at Paris SG, would have gone well at the start of the season: the return of spectators to the stadiums after a An in camera health was accompanied by many stormy scenes, between throwing projectiles, invasion of lawns and various clashes.

On Wednesday, after the Angers-Marseille match (0-0), several dozen Marseille supporters left the visitors' parking lot to confront their Angevin counterparts, with no injuries to deplore, before the stewards restored order.

The other serious incident of the evening of Wednesday concerned a bus of Bordeaux supporters which fell into an "ambush" organized on a roundabout by some of their Montpellier counterparts, leading to a general brawl which made at least sixteen minor injuries.

In short, after only seven days of the championship, the images of overflows accumulate: Montpellier-Marseille on August 8, Rennes-Nantes on August 22, Nice-OM on August 22, Lens-Lille last Saturday ...

Indignation on Thursday was unanimous, like the Minister of National Education, Youth and Sports, Jean-Michel Blanquer, who spoke of "unbearable hooliganism" and demanded a "firm" response from sports bodies.

Members of the security neutralize a supporter who had entered the lawn during Metz-PSG, September 22, 2021 SEBASTIEN BOZON AFP / Archives

But on the side of the LFP, it is estimated that the disciplinary committee, with its range of restricted sanctions, cannot all face this "public order problem" and that the support of the authorities is needed in this fight.

On the criminal front, two men were arrested for throwing smoke and trespassing on the lawn of the Raymond-Kopa stadium, the Angers prosecutor told AFP on Thursday, arrests that do not directly concern the incidents which erupted after the meeting.

"No complaint has been filed at this stage either from the SCO or the League. Video analyzes are underway," added the magistrate.

In a statement, the Angers club deplored "a delicate post-match", without announcing either filing a complaint.

It will be necessary to see what assessment the disciplinary committee of the LFP, over-requested since the start of the season, makes of these incidents, which has pronounced many measures behind closed doors in recent weeks.

The Nice-OM match, interrupted after the invasion of the field by the Nice ultras after the Marseillais Dimitri Payet returned to the stand a bottle of water that had hit him, even resulted in a withdrawal of two points ( including one suspended) in the ranking for the OGCN.

The meeting will be replayed at the end of October.

The Nice Criminal Court will next week render its deliberation against the supporter suspected of being the author of the jet.

But how to explain this upsurge in overflows?

"There is a real upward trend in incidents, that's for sure, but with different phenomena. The violence between supporters, the invasion of the field, the throwing of projectiles, do not all have the same causes", analysis for AFP Nicolas Hourcade, sociologist at the École centrale de Lyon.

"The situation is worrying, and it is difficult to explain it. Is it purely cyclical? Positive and sometimes negative excitement to find the stadium, which makes it overflow?" Asks this specialist in supporterism.

A source close to the authorities points to the return to the stand of supporters formerly subject to a stadium ban (IDS), who served their sentence while the stands were emptied by the Covid-19 pandemic and who "return to the stadium after two years of absence ".

According to the National Division for the Fight against Hooliganism (DNLH), only 54 supporters are affected by an IDS to date, against "several hundred" previously.

A meeting is scheduled "next week" between the DNLH and the government to discuss the situation, we learned from concordant sources, even if, on the side of the authorities, it is estimated that they already have "the legislative arsenal to respond" .

Meanwhile, RC Lens has advised its supporters not to travel to Marseille on Sunday, citing "unsecured" security conditions.

And the hot Saint-Etienne - Lyon derby, on October 3, is already shaping up to be under close surveillance.