Editorial: Finland's future is rainy - the price is high

All the consequences of climate change can no longer be prevented. They need to adapt. 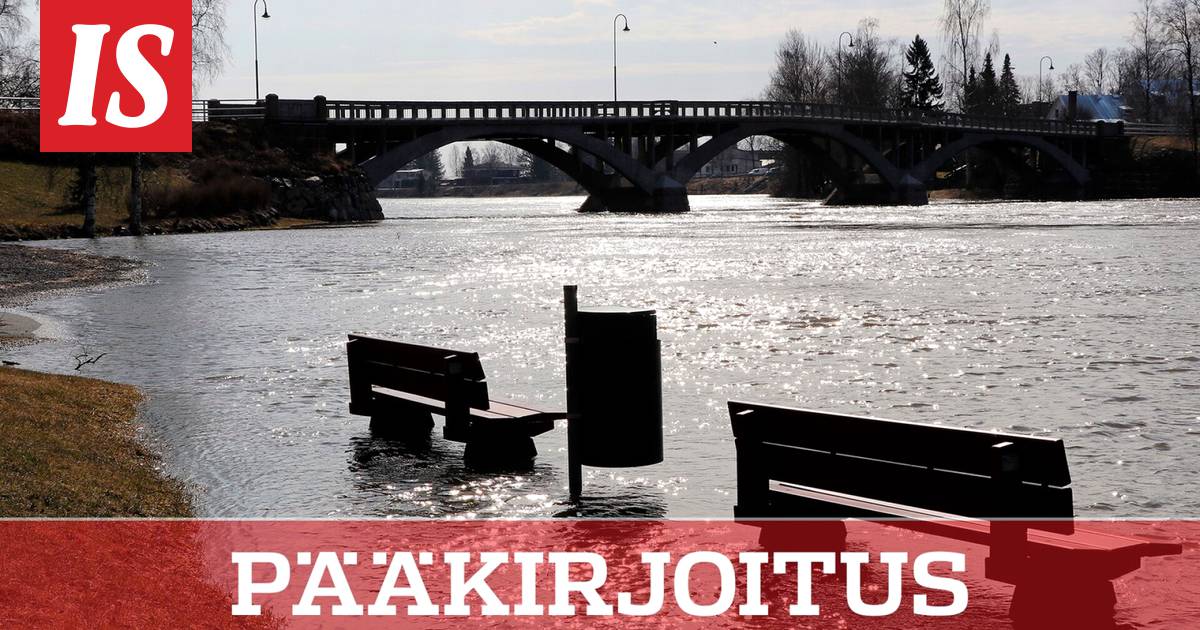 Climate change will soon rain on the daily lives of Finns straight from the sky.

Climate change has been considered a reality by scientists for years.

Many companies are preparing for this when planning their future investments.

In politics, the threat is already widely understood, although gravel sounds are still heard.

Among the people, this is still causing confusion.

However, the time for theory is coming to an end.

The report published by the Finnish Climate Panel on Thursday highlights issues that affect everyone.

Especially from October to February, rainfall will increase.

Winters will be not only dark but also wet.

In northern Finland, snow loads melt into floodwaters in the spring.

In southern Finland, nature is often shaped by year-round rainfall.

It weakens the trees.

The storm damage is getting worse.

This can be felt in the wallets of forest owners.

Hundreds of people died in the floods in Germany in the summer.

Even a prosperous European power was not safe from the forces of nature.

This is feared to happen more and more often.

In Finland, a very similar catastrophe is unlikely due to the shape of the soil.

There are no large elevation differences that would cause water to suddenly pack into narrow passages and flood with rage.

The climate panel goes through the risks by province.

Among the cities in the worst danger zone are Pori and Rovaniemi.

Of course, the threat is already known in them.

On the south coast, the water is threatened not only by increasing heavy rains but also by sea floods.

Problems are known in the densely populated metropolitan area.

The population increases the amount of damage.

In cities paved with asphalt and concrete, there are instantaneous rainwater floods.

At worst, they wreak havoc in basement floors.

This is also reflected in the price of housing.

Money is spent by both society and citizens.

Detached houses and summer cottages are in danger all over Finland.

In addition to brainstorming, avoiding danger also requires money from their owners.

It can get expensive.

According to Hilppa Gregow, a research professor who drafted the climate report, regions need to start adapting to the future in time. Failure to do so is a bad option.

The message of the climate panel is clear.

That is a fact.

It can no longer be stopped completely.

Major changes are already anticipated by 2050.

In addition to the rains, you come across other things that are familiar to everyone.

In Finland, too, we are no longer just happy about the weeks.

They are testing the health of so many.

We need to get used to living at the mercy of a changing climate and more unpredictable weather.

Gymnastics does not help.

Work must be started immediately.