Amid popular calls to topple parliament, the Libyan Presidential Council calls on the Dabaiba government to continue its work

The Libyan Presidential Council called on the National Unity Government to continue its work, provide the basic needs of citizens, support the electoral process, and take the required measures to enable state institutions to carry out their work. 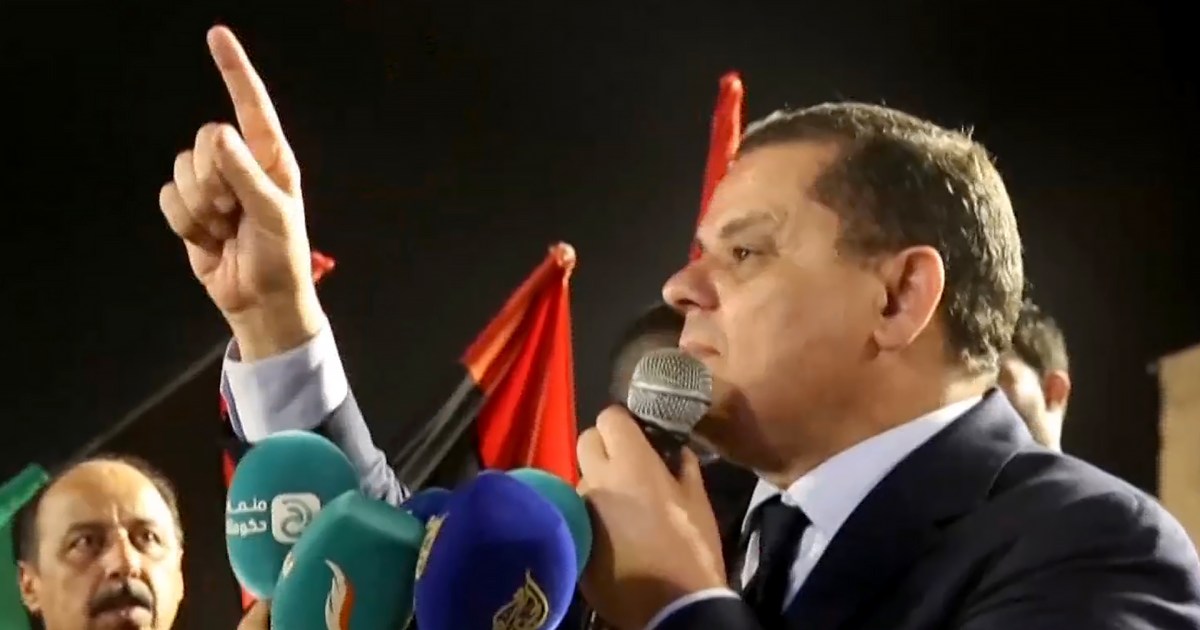 The Libyan Presidential Council called on the National Unity Government to continue its work, provide the basic needs of citizens, support the electoral process, and take the required measures to enable state institutions to carry out their work.

This came in a statement by the Presidential Council published yesterday, Thursday, and comes two days after the Libyan House of Representatives announced the withdrawal of confidence from the government.

In its statement, the Presidential Council called on the legislative authority to assume its national and legal responsibilities, to implement the legislation required for the electoral process.

The Council stressed the need for all parties to commit themselves not to take any escalatory steps, and to avoid any actions that increase popular tension, calling on the UN mission to provide support for the implementation of the agreed-upon roadmap.

Meanwhile, US Special Envoy and Ambassador to Libya Richard Norland said that there is no going back with regard to holding the Libyan elections on time.

Norland added, in a tweet on Twitter, that the participation of Foreign Minister Anthony Blinken in the ministerial meeting on Libya, during the session of the United Nations General Assembly, is another evidence of the United States' support for Libya, which is seriously preparing for the upcoming December 24 elections.

In the meantime, the Libyan Dar Al Iftaa called on the people to go out in demonstrations in various cities and villages of the country, tomorrow, Friday, to call for the “overthrow” of Parliament.

The house said in a statement published on its Facebook page that "the fallen House of Representatives, legally, legally and morally, headed by Aqila Saleh, has gone too far in its corruption, and infiltrated its harm to people," adding that "Parliament continues to add, in every session it convenes, to its record of actions a new crime."

Notables and sheikhs in the cities and towns of the eastern region of Libya also announced their support for the national unity government, in the "delicate" political stage the country is going through.

This came during a visit by a delegation from the National Commission for Notables and Sheikhs of the Eastern Region, headed by Sheikh Idris Yahya al-Barasi, head of the commission, to the Prime Minister of the National Unity Government, Abdul Hamid al-Dabaiba, according to a statement published by the government.

On Tuesday, the House of Representatives announced the approval of the withdrawal of confidence from the unity government headed by Abdel Hamid al-Dabaiba, in a move described by the Supreme Council of State as “void” for violating the constitutional declaration and the political agreement.

While the United Nations mission in Libya, commenting on the announcement of the House of Representatives, said that the Dabaiba government remains with it legitimacy, until its replacement through a regular process following the elections.

Recently, tensions between the ruling institutions in Libya have returned, as a result of differences between the House of Representatives on the one hand and the Supreme Council of State, the Unity Government and the Presidential Council on the other hand, especially over the powers and electoral bills.