The PSOE compensates Calvo and Ábalos with committee presidencies in Congress, with an extra 1,500 euros per month

The PSOE will accommodate Carmen Calvo and José Luis Ábalos as presidents of the Equality and Interior commissions of Congress after Pedro Sánchez removed them from ... 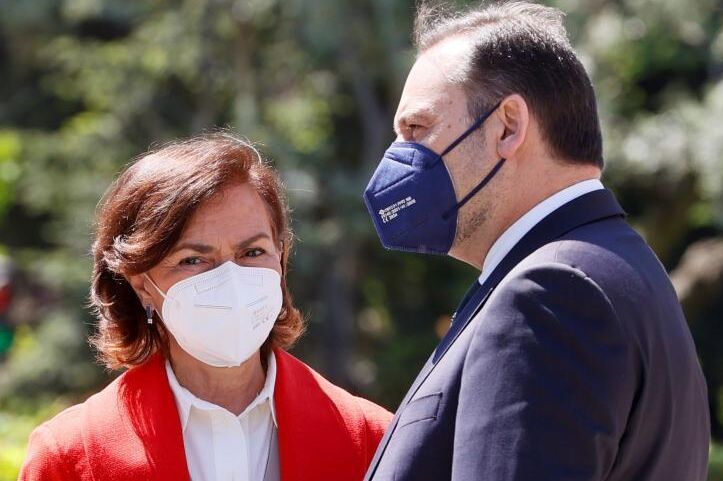 The PSOE will accommodate Carmen Calvo and José Luis Ábalos as presidents of the Equality and Interior commissions of Congress after Pedro Sánchez removed them from the Executive last July, where they served as First Vice President and Minister of the Presidency and Minister of Transport, Mobility and Urban Agenda.

That crisis of Government supposed a profound remodeling of the Executive, as Sánchez replaced the one who had been his hard core until then in search of a revulsive.

Despite this departure, the two continue to be deputies.

Calvo is for Madrid and Ábalos, for Valencia.

After a few months, the Socialist Parliamentary Group offers a beneficial outlet for both, because in addition to the institutional position that presides over a congressional commission, the position entails an extra supplement of 1,551.58 euros per month, as established by the Economic Regime for Deputies .

Thus, Calvo will preside over the Equality Commission and Ábalos, the Interior Commission.

The position in the Equality Commission was vacant because

had been appointed Secretary of State for International Cooperation. It so happens that this commission will address the processing of the laws promoted by the minister of the branch,

, with whom Calvo maintained very tense pulses within the Government in some of the laws that will pass through there (such as the Trans Law or that of "only yes is yes"). That attrition and his final loss to Montero accelerated his departure.

In the case of the Home Affairs Committee, chairs have had to be moved.

The still president Ana Botella will leave her position to Ábalos and she will soon preside over the Education Commission.

To these changes, another accommodation of

will act as spokesman in the Foreign Commission.

It is a way of offering an institutional position to politicians who held high positions of responsibility and, in addition, it is an economic reward thanks to the collection of a supplement for "representation expenses" that currently amounts to the aforementioned 1,551.58 euros per month.

This extra is added to the base salary of 3,050.62 euros per month that all deputies receive.

Then the parliamentarians from constituencies outside Madrid receive another 1,959.62 euros, while the deputies elected by Madrid receive 935.37 euros.

The difference is for them to cope with the accommodation.

He has six bodyguards The reserved of Pablo Iglesias (and his work? Rentrée?: Gatherings, university? Online? And the? Roures plan?)

The price of electricity starts the week with a new historical record, at 154 euros