"To clarify who gave the order, who authorized it, who did it and why it was done." The PP has asked to open an investigation commission in Congress to ... 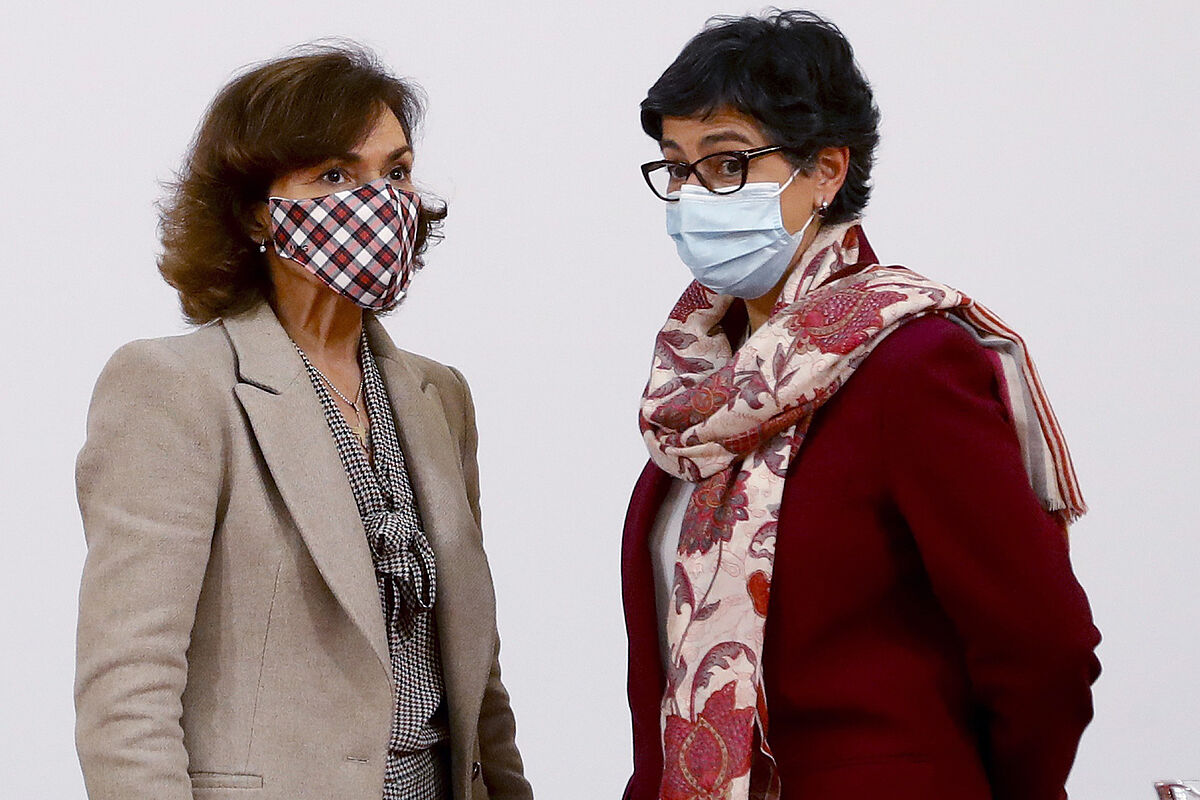 "To clarify who gave the order, who authorized it, who did it and why it was done."

The PP has asked to open an investigation commission in Congress to clarify "who is the X", that is, the maximum responsible, who gave the green light for Brahim Ghali, leader of

, to enter Spain without passing border controls nor present documentation and that it was registered under a false name in a hospital in Logroño to be treated for Covid.

The head of the Court of Instruction number 7 of Zaragoza,

, has accused the then Minister of Foreign Affairs, Arancha González Laya, and the former Chief of Cabinet, Camilo Villarino, for the possible criminal consequences of this case .

The PP considers that political responsibilities exceed the former minister, given that a decision of that "depth", which ultimately opened one of the worst diplomatic crises with Morocco, had to have had the authorization of a superior: the president of the Government, Pedro Sánchez, or the first vice president then, Carmen Calvo.

For this reason, the PP claims to open an investigation in Congress because, as Cuca Gamarra explained in statements to the media, the accusation of the former Foreign Minister has multiplied the "doubts" and suggests that the "siege" is narrowing in around other members of the current government, because it could not make the decision alone.

"This serious case may have criminal responsibilities but no one can doubt that there are political responsibilities," Gamarra has advocated to justify the commission, since it unleashed a conflict with drastic consequences with Morocco.

Making an analogy with the GAL, Gamarra has asked to clear in that commission of inquiry "all doubts about who is the X" and has warned that there are no "excuses" for the partners of the Government to refuse to prevent with their votes that prosper.

It will depend on them, because PP, Vox and Ciudadanos do not add up by themselves to promote their opening.

So the PP needs to add support or abstentions among the usual partners of the Government.

If not, he could not get ahead.

Gamarra has attacked Sánchez for the explanations he has given in this regard, in which he has defended González Laya.

"The government of Spain did what it should, which was to respond to a humanitarian situation, and it did it as it should, that is, in accordance with the law," said the Prime Minister before participating in the opening of the General Assembly. of the United Nations.

For the PP these justifications are a "joke".

"Now we are beginning to understand why the foreign minister was dismissed" in the reshuffle of the government last July, Gamarra pointed out.