The head of the Libyan Presidential Council, Muhammad Al-Manfi, said that the stage in Libya is a critical one, and that the national unity government continues its work, and countries led by America confirmed their support for the elections scheduled for December. 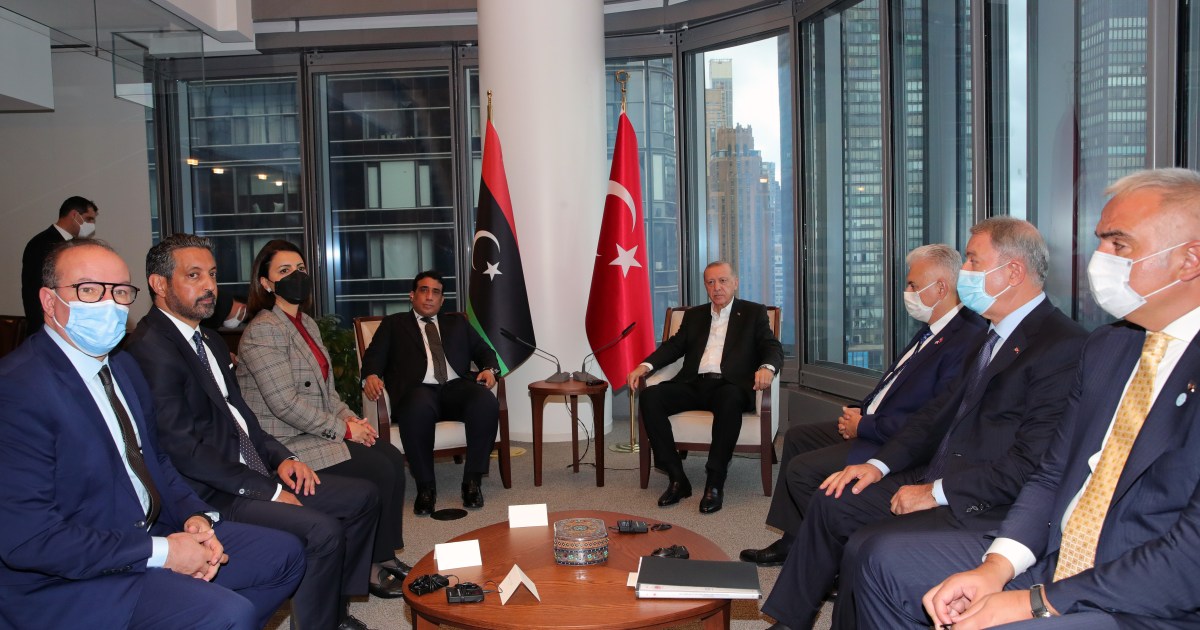 The head of the Libyan Presidential Council, Muhammad Al-Manfi, said that the stage in Libya is a critical one, and that the national unity government continues its work, while countries led by America confirmed their support for the elections scheduled for December.

During a meeting called by Germany, France and Italy on the peace process in Libya, Al-Minfi called on countries interested in Libyan affairs and the international community to support the Libya Stability Initiative.

For his part, German Foreign Minister Heiko Maas stressed the need for the exit of mercenaries, foreign fighters and foreign forces from Libya in a simultaneous manner, and for practical steps to be taken in this regard.

Maas called on the Libyan parliament to establish the legal framework or constitutional basis for the parliamentary and presidential elections as soon as possible.

In turn, the US State Department said that Minister Anthony Blinken affirmed during the meeting held on Libya on the sidelines of the United Nations General Assembly, his country's support for Libya's sovereignty and stability away from foreign interference.

Blinken stressed his support for the presidential and parliamentary elections scheduled for next December.

For his part, the media office of the President of the Libyan Presidential Council, Muhammad Al-Manfi, said that Blinken affirmed during the meeting his country's support for the continuation of the political process in Libya, according to the Geneva outcomes, especially with regard to the expulsion of mercenaries and foreign forces.

In a parallel context, the exile discussed with Turkish President Recep Tayyip Erdogan the latest political developments in Libya, ways to achieve the elections on time, and work to activate national reconciliation, according to what the media office of the President of the Presidential Council announced.

During their meeting on the sidelines of the United Nations General Assembly in New York, El-Menfi and Erdogan stressed the importance of implementing all the outcomes of the Geneva Conference.

The office added that during the meeting, which was also attended by the Turkish Minister of Defense and the Libyan Minister of Foreign Affairs, the two sides discussed a number of issues of common interest, in a way that enhances relations between the two countries.

For her part, Libyan Foreign Minister Najla Al-Manqoush said that the Military Negotiations Committee in Libya, known as "5 + 5", will hold an important meeting on September 28, to set a timetable and plan for the withdrawal of foreign forces and mercenaries from the country.

This came during a meeting with the foreign ministers of the United States, Germany, Italy and France, and representatives of countries that participated in the "Berlin 2" conference and of Chad, Niger and Sudan.

Al-Manqoush announced - at the ministerial meeting on the peace process in Libya, which was held in New York - that the capital, Tripoli, will witness on October 21, the holding of the first conference for the stability of Libya at the ministerial level, which will discuss several issues, most notably the unification of the military institution and the integration and replacement of armed formations. Achieving all of this requires international support.

Parliament had decided to withdraw confidence from the interim government, which was rejected by the United Nations and the various Libyan political parties.

The law - which was rejected by the Supreme Council of State (the second chamber of Parliament) - was not submitted to a vote in an official session, but was approved by the Speaker of Parliament alone.