IS returnees from Halland are requested to be detained

A woman from Halland who returned to Sweden from IS will be brought before an arrest court in Stockholm on Thursday - suspected of a serious war crime and a serious violation of international law, a crime that is said to have taken place in Syria. 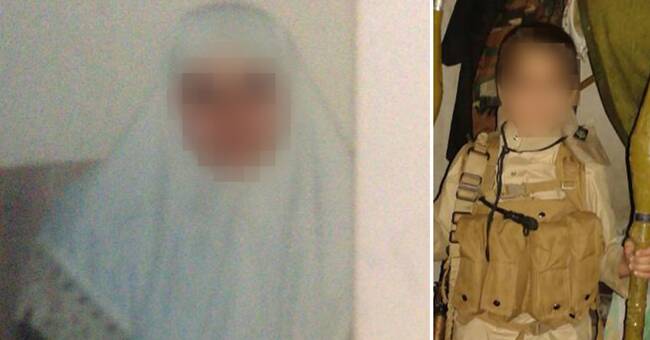 The woman was arrested in her absence on Monday and is in custody, as there is a risk that she may remove the investigation by removing evidence or in some other way.

She is suspected of the crimes for probable cause.

The children were handcuffed

Before the woman traveled to Syria in 2013, she lived in Halland where she is still registered.

She is believed to have lived in an IS environment in Syria with her children.

After returning to Sweden at the end of last year, two of her children, who are of preschool and school age, have been taken into care following a decision by the social welfare committee in her Halland municipality.

The Social Welfare Board's investigation contains information that another of her children was married off as a twelve-year-old in Syria, and that another child has participated in the war as a child soldier.

The woman has previously stated that she was tricked into IS by her then husband.

In the clip below from February 7, 2021, the woman's lawyer, Mikael Westerlund, talks about the woman's attitude to the accusations that were then directed against her in connection with the children being taken into care.

"She denies the crime", here Mikael Westerlund, the woman's lawyer, tells about the case.