Holocaust survivor: "I was hidden in an attic for a month and a half"

When Tobias Rawet was six years old, he was close to being taken to the gas chambers. For the past 25 years, he has devoted his life to spreading knowledge about what happened during the Holocaust. - I had a hell of a time when I started lecturing. It evokes emotions, he says. 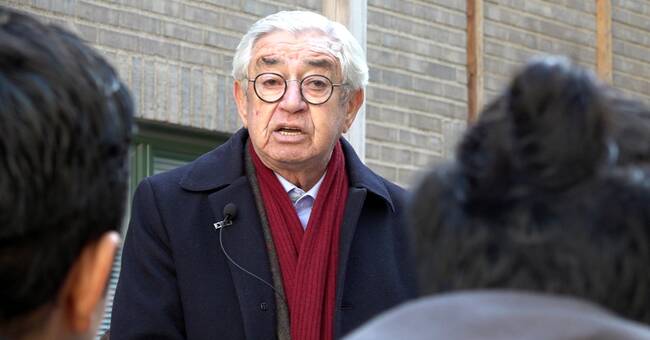 When Tobias Rawet was three years old, he was taken to the ghetto in Łódź.

A few years later to the Ravensbrück concentration camp.

He says he was lucky.

Most of his Jewish relatives were killed, but he survived.

So did Tobias Rawet's mother and father.

- Every night I heard my mother's nightmares.

"Deniers made me start talking"

But it would be 50 years before Tobias Rawet started telling what he had been through.

- On the news on TV, I saw how a denier told me that the Holocaust had not happened.

Then I understood that if we Holocaust survivors continue to be silent to forget - there is a risk that the deniers will win in the end.

Hear Tobias Rawet tell his story in the video above.