Uncertain support for cabinet plans: 'Don't let me mess around in tolerance construction'

Party leaders are still exploring what is possible to adjust the cabinet plans for next year. VVD, D66 and CDA, the parties that talk about a minority government, offer some room from the House, but not everyone thinks the outstretched hand is sufficient, it turned out on Wednesday during the debate on next year's budget. 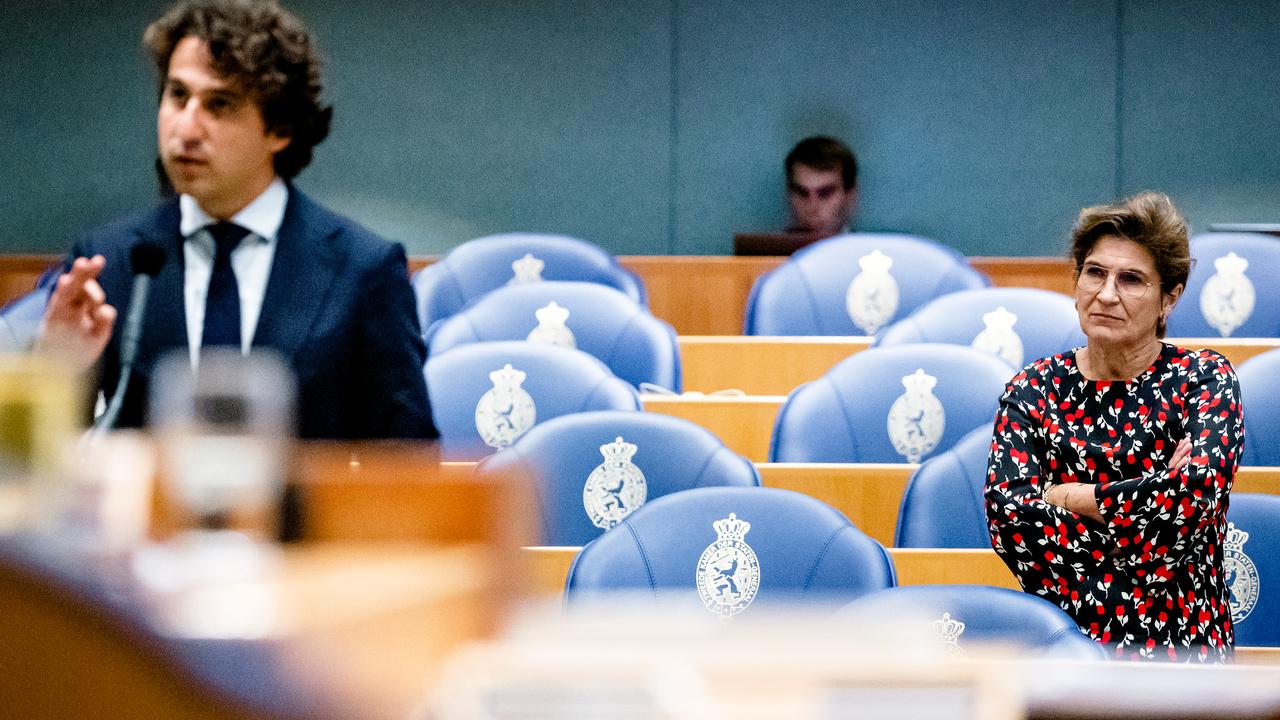 Party leaders are still exploring what is possible to adjust the cabinet plans for next year.

VVD, D66 and CDA, the parties that talk about a minority government, offer some room from the House, but not everyone thinks the outstretched hand is sufficient, it turned out on Wednesday during the debate on next year's budget.

"I will not be messing around in a tolerance construction for an apple and an egg," said PvdA leader Lilianne Ploumen when asked by PVV leader Geert Wilders whether she will support the outgoing cabinet.

A few hours earlier, the tone was very different when Rob Jetten, vice chairman of D66, wanted to think along with Ploumen to reduce the salary difference between teachers in primary education and those in secondary education.

"I find that hopeful," said Ploumen.

During the General Political Reflections, the debate after Budget Day, it was not easy to discover with whom you could do business about the cabinet plans for 2022. "It is quite uncomfortable to deal with a caretaker cabinet that is in an advanced state of dissolution. to have such fundamental budget discussions," said Ploumen.

'Billion of Hermans' must seduce parties

There were therefore hardly any new plans.

The coalition of VVD, CDA, D66 and ChristenUnie, still based on a parliamentary majority since the elections, actually no longer exists, said VVD leader and Prime Minister Mark Rutte yesterday.

This was especially apparent in recent weeks from the voting behavior of the ChristenUnie.

The party no longer feels any obligation to the old coalition partners.

In the meantime, VVD, D66 and CDA are talking to each other about the possibilities of a minority government, but those talks are not going smoothly.

In order to get the budget through parliament, VVD MP Sophie Hermans was sent on the road with almost a billion euros to entice parties to come up with their own proposals, in exchange for support for the cabinet plans.

That may be "uncomfortable" in Ploumen's words, according to Jetten, it also offers opportunities to adjust the budget on some points.

"If that does not happen in the formation, then it is up to the House to make any changes."

There was also irritation about the state of affairs before negotiations were even started on what Ploumen has come to call "the Hermans billion".

"That money is not the VVD," said GroenLinks leader Jesse Klaver.

Segers: 'Doing something is better than doing nothing'

The eventual attempt to find a common destination for the publication was rather sluggish.

Ploumen, also on behalf of Klaver, asked for the extra levy for housing associations (landlord tax) of 2 billion euros to be scrapped in one go.

But Hermans only offered an acceleration of the dismantling.

"I have to conclude that the VVD is not prepared to solve the problems in the Netherlands," said Ploumen.

Hermans' answer: "I have to conclude that Mrs. Ploumen only wants to work together if she gets her way 100 percent and can dictate and impose her demands on me."

The accusations continued after that.

"Are you prepared to close the pay gap between teachers in primary and secondary education?" Ploumen Hermans snapped.

The VVD MP bounced the ball back.

"Are you also prepared to listen to what we find important?"

Although he has been pushed to the sidelines of the formation by D66, a place he has now embraced himself, he wants to contribute constructively.

"Doing something is better than doing nothing."

On Thursday, Rutte will defend the plans for next year on behalf of the cabinet.

It will then have to become apparent whether 'Hermans' billion' is enough change.