Tunisia: President Kaïs Saïed strengthens his power to the detriment of the government 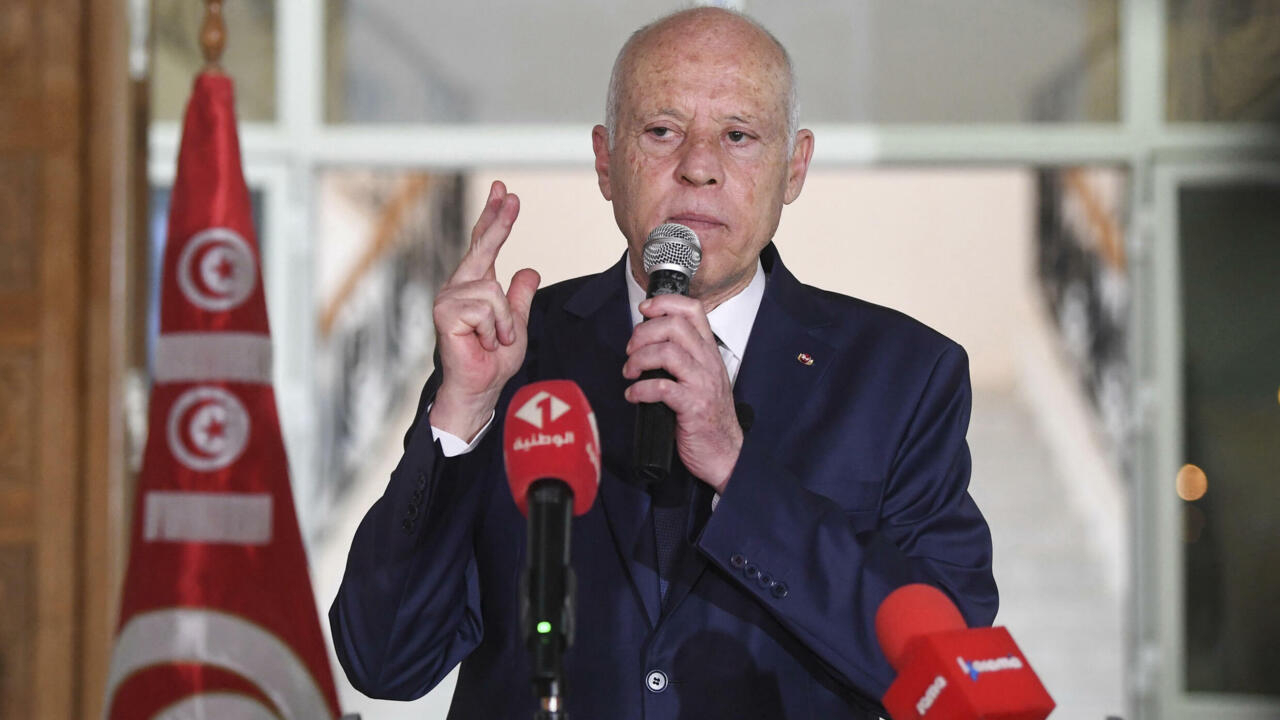 Almost two months after Kaïs Saïed arrogated to himself full powers by dismissing the government and suspending the Parliament, the President of Tunisia is strengthening his powers a little more.

The Tunisian head of state promulgated, Wednesday, September 22, provisions strengthening his prerogatives to the detriment of the government and with which he arrogates to himself the right to legislate by decree.

These provisions, which tend to presidentialize the hybrid government system provided for by the Constitution, were the subject of a series of decrees published in the Official Journal.

"Legislative texts will be promulgated in the form of decrees signed by the President of the Republic", states one of the articles.

In a decree on Wednesday, Kaïs Saïed announced the continuation of the freezing of Parliament and the promulgation of "exceptional measures" for "the exercise of legislative power" and "the exercise of executive power", which are the subject of two chapters of the Constitution now suspended de facto.

Another article states that "the president exercises executive power with the help of a Council of Ministers chaired by a head of government".

"The President of the Republic chairs the Council of Ministers and can mandate the head of government to replace him", adds another article.

President #Kais_Saied issues a presidential decree extending the freezing of parliamentary powers and the lifting of the parliamentary immunity, and putting an end to the salaries and privileges granted to the Parliament members & speaker.

"President Kaïs Saïed promulgates a presidential decree extending the freeze of parliamentary powers and the lifting of parliamentary immunity and putting an end to the salaries and privileges granted to deputies and to the president of Parliament," the Tunisian presidency posted on Twitter.

To underline the transitory nature of these decisions, the presidential decree adds that Kaïs Saïed "undertakes the preparation of the draft amendments relating to political reforms with the assistance of a commission which will be organized by presidential decree".

Monday, from Sidi Bouzid, cradle of the Tunisian revolution of 2011, President Saïed had already announced the maintenance of the exceptional measures of July 25.

He announced the forthcoming appointment of a new head of government "but on the basis of transitional measures responding to the will of the people".

On September 12, Kaïs Saïed also spoke of a reform of the Constitution of 2014, considered as an unstable hybrid system between parliamentary regime and presidential regime.

In the system initially in place, most of the executive power was in the hands of the government and not the presidency.

The measures announced by Kaïs Saïed clearly tip the scales in the direction of the presidency.

He had extended these measures on August 24 "until further notice".

Many Tunisians welcomed these measures with enthusiasm because, exasperated by their political class, they said they expected strong acts against corruption and impunity in a country in serious social and economic difficulties.

But opponents, political parties, magistrates and lawyers had said they feared an "authoritarian drift".

>> To read also: In Tunisia, the fears of a drift of Kaïs Saïed towards a plebiscite regime