Tsunami warnings are spreading on social media - the expert answers

The volcanic eruption at La Palma has provoked reactions on social media. Hashtags like #megatsunami have gone viral and people are worried about a megatsunami as a consequence of the outbreak. 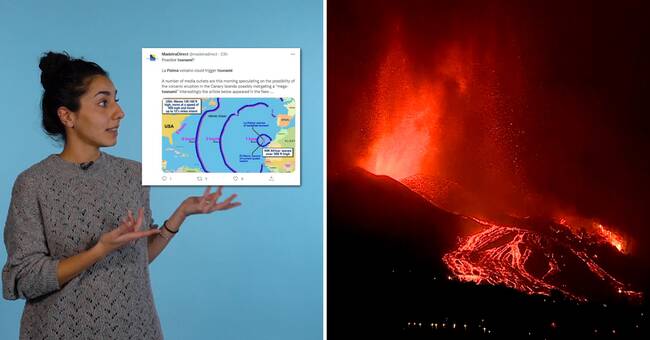 The concern is in many cases based on a 20-year-old study that states that a volcanic eruption could lead to huge amounts of rock in the ocean, which would cause the entire Atlantic to move towards the US coast - something several experts say will not happen, according to volcanologist Steffi Burchardt.

Hear the volcanologist's response to the warnings in the clip.