The submarine crisis .. Macron expects "concrete measures" to rebuild confidence, and London calls on Paris to overcome its anger

French President Emmanuel Macron's office said the president expects "concrete measures" from the United States to restore confidence between the two countries, while the British prime minister called on Paris to overcome its anger over the submarine issue. 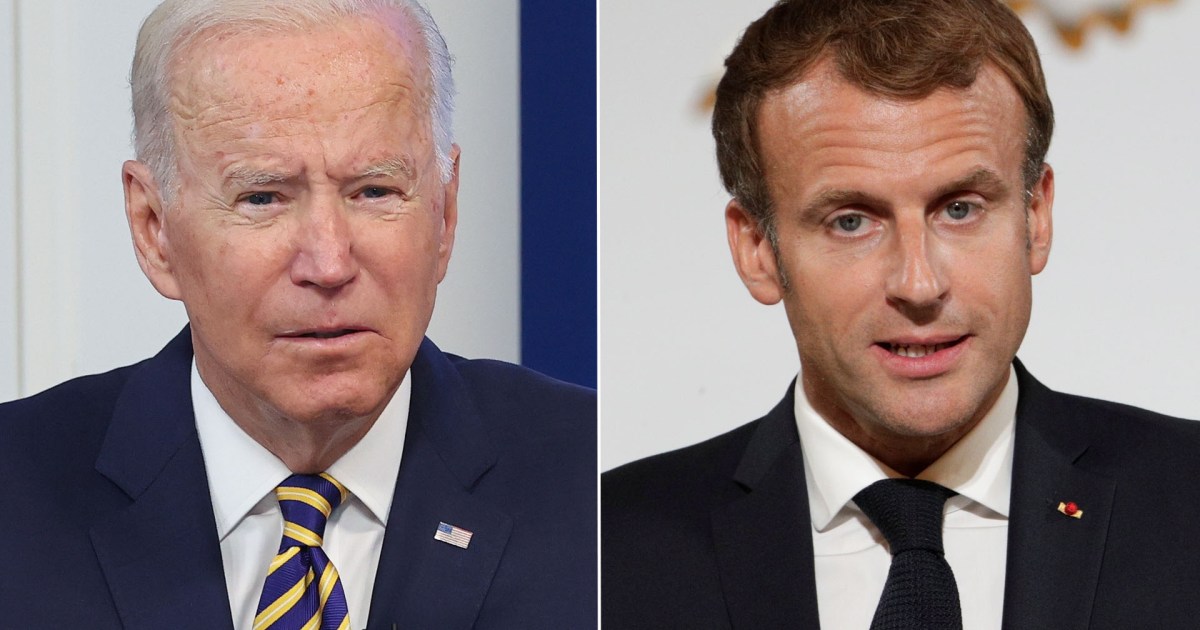 French President Emmanuel Macron's office said the president expected "concrete actions" from the United States to restore trust between the two countries, while Britain's prime minister called on Paris to move beyond its anger over the submarine issue.

French government spokesman Gabriel Attal said Macron would hold a phone conversation with his US counterpart Joe Biden on Wednesday to discuss the submarine deal crisis.

Atal explained that Macron will ask Biden for clarifications regarding the declaration of the tripartite alliance with Britain and Australia, and will also discuss Paris' conditions for reactivating its alliance with Washington.

The French presidency had indicated that Macron expected Biden to acknowledge that he should have consulted with allies before completing the submarine deal.

The French presidency considered that the lack of American consultations with France shows the lack of trust between the allies, which is an issue that must be resolved, according to the Elysee.

The French ambassador to Washington, Philippe Etienne, had expressed his disappointment at what he described as the unilateral actions of the US administration.

In an interview with CNN, Etienne stressed the importance of rebuilding trust between Washington and Paris.

And he added, "During the era of former US President Donald Trump, it was the Europeans who preserved the international order. We kept the Paris Climate Agreement alive, and we launched the International Cooperation Initiative to confront the Corona virus."

"We believe we can have an important partnership between the United States and the European Union," he added.

That is why we were disappointed by what we witnessed recently from the unilateral actions of the current US administration.

Australia said last week that it would cancel an order for conventional submarines from France, and was building at least eight nuclear-powered submarines with US and British technology under a new security partnership called AUKUS.

The cancellation of the deal angered France, which accused Australia and the United States of stabbing it in the back, and recalled its ambassadors from Canberra and Washington.

In the same context, British Prime Minister Boris Johnson called on France to overcome its anger over the US-Australian submarine deal.

While Dominic Raab, Deputy Prime Minister, stressed the importance of the Okus agreement signed with the United States and Australia, to achieve his country's vision of enhancing stability in the Indo-Pacific region.

Raab considered that Okus is very important to Britain's security and the prosperity of its economy, pointing out that it will enhance London and Washington negotiations to sign free trade agreements, and will create many opportunities and jobs.

For her part, Danish Prime Minister Mette Frederiksen announced today, Wednesday, that her country does not understand at all the French and European criticism directed at Washington in the submarine crisis.

Copenhagen's position contrasts with the Brussels meeting on Tuesday, where the Europeans expressed their solidarity with Paris, despite the insistence of many countries to maintain the transatlantic relationship.

"I think it is important to say - in terms of the discussions going on in Europe at the moment - that I see Biden very loyal to the transatlantic alliance," Frederiksen said in an interview with Danish newspaper Politiken.

"This does not mean that we in the Danish government necessarily agree with the United States on everything, and we also said that we would have liked to see a different withdrawal from Afghanistan. But I don't feel at all that there is anything to frustrate the new American administration."

According to Frederiksen, there is no doubt that Joe Biden is moving American foreign policy away from an isolationist trend to retake the role of the world's leading nation that only the United States can play.

In another context, talks have begun between the French Naval Group and the Australian authorities about possible financial compensation, after Canberra broke off a huge deal to buy submarines, according to the French Defense Ministry.

The ministry told reporters - in an audio conference on the "submarine crisis" - that discussions are underway between the experts of the "Naval Group" and the Australians about compensation.

The French Ministry of the Armed Forces again criticized what it described as a "betrayal" of Australia, stressing that "at no time did they discuss" with the French authorities the Australian decision to switch to nuclear-powered submarines, nor its talks with the United States.

Paris confirmed that the evidence for this is that on September 15, the Australian engineers and the Australian Army approved the review of the French program in an official document called the “Notice of the End of Functional Review of the Program”, which means that Australia is satisfied and we can move on.