Libya: Parliament votes a motion of censure against the government

Only three months before the date of the general elections scheduled for December 24, the Libyan Parliament voted on Tuesday, September 21 a motion of censure against the transitional government of Abdel H ... 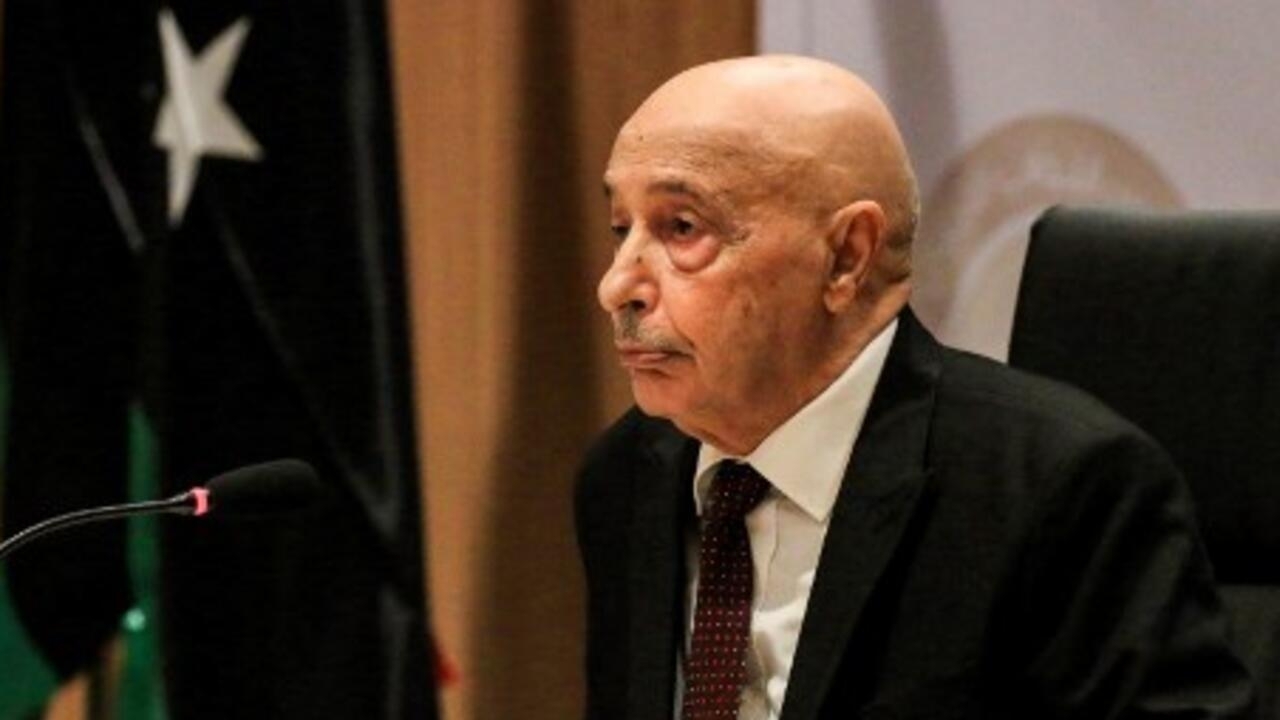 Libya: Parliament votes a motion of censure against the government

The leader of the Libyan Parliament Aguila Saleh.

Only three months before the date of the general elections scheduled for December 24, the Libyan Parliament voted on Tuesday, September 21 a motion of censure against the transitional government of Abdel Hamid Dbeibah, a further complication after the request Monday of the High Council of State to postpone the presidential election and to organize only legislative elections at the end of the year.

Tensions between the two rival camps in the East and the West are resurfacing and once again threatening the organization of the elections.

89 deputies among the 113 present who voted for this motion of censure, which puts an end to the transitional government which only lasted six months.

The government will remain in place to "deal with

The vote took place during a closed session Tuesday morning in Tobruk in the presence of Aguila Saleh the head of Parliament, ally of Marshal Haftar.

Libya: the head of Parliament promulgates the electoral law on the presidential election

This coup de theater comes less than 24 hours after the call of the High Council of the State, led by the Islamists, to postpone the presidential election by one year.

These developments take place less than two weeks after the ratification of an electoral law which allows military personnel to stand for election.

Islamist movements refuse to allow Marshal Haftar or his son, also a soldier, to run for president.

Abdel Hamid Dbeibah is accused by many deputies of having squandered public money by spending a huge budget in 6 months.

He is also accused of appointing diplomats, some of whom are members of his family.

Added to this are suspicions of corruption and especially its failure to reunify the country and improve the daily life of Libyans.