Southeast Australia was hit by a magnitude 5.9 earthquake on Wednesday, a rare occurrence in the region. In Melbourne, the country's second city, several buildings were damaged.&nbsp; 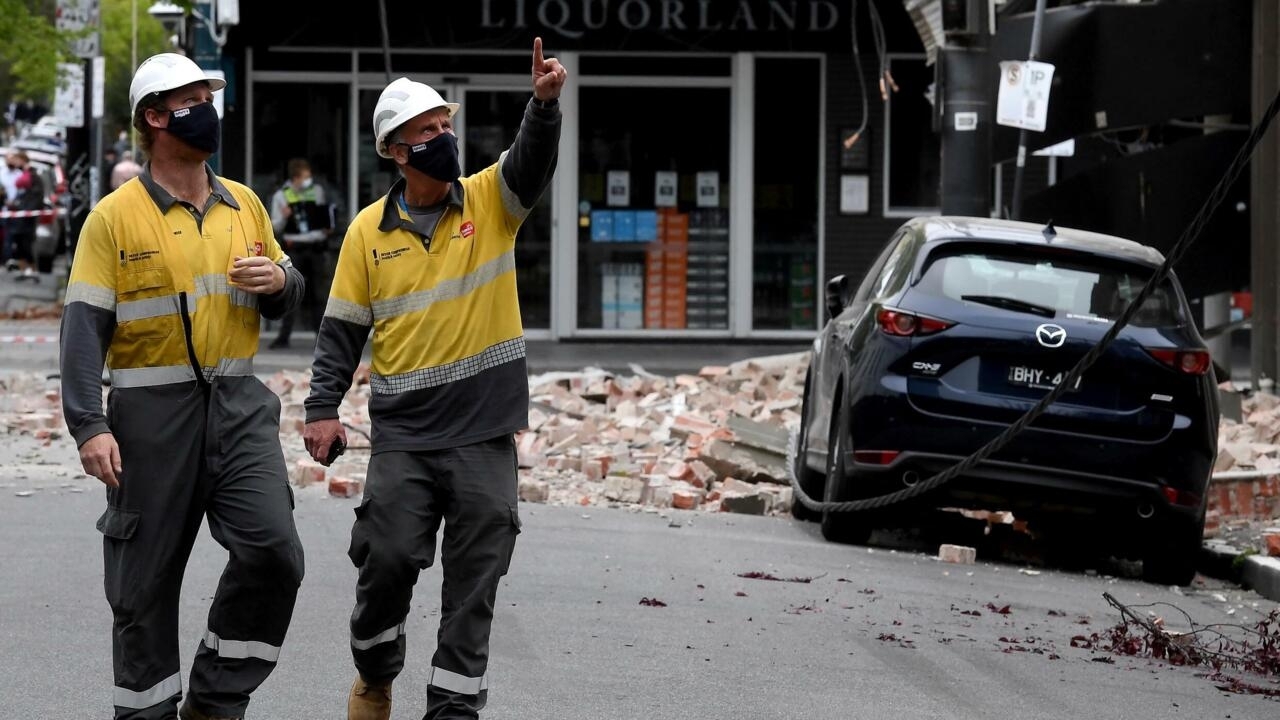 Felt for hundreds of kilometers around, it surprised the inhabitants of Melbourne, the second largest city in the country, unaccustomed to this very rare phenomenon in this region of the world.

Most of Melbourne's residents, confined for eight weeks, were at home by the time the earth shook.

Among those frightened residents, Zume Phim, 33, owner of Melbourne's Oppen cafe, rushed into the street during the quake.

"The whole building was shaking. All the windows, the glass were shaking, like a wave of tremors," he told AFP.

"I had never experienced this. It was a little scary," he says.

Prime Minister Scott Morrison, responding from New York, insisted there were no casualties or significant damage.

He nevertheless conceded the "very disturbing" side of the earthquake for the population, in an area not used to tremors.

A rare phenomenon in this region

"I was sitting at work at my desk ... It took me a while to figure out what it was," said the mayor of Mansfield, near the quake's epicenter, Mark Holcombe, on the ABC channel.

It is the biggest earthquake in the area in years, Mike Sandiford, a geologist at the University of Melbourne, told AFP.

An earthquake of this magnitude occurs every "10 to 20 years in the southeast, the last was Thorpdale in 2012," he said.

"We had some really big magnitude six in the late 1800s, although the precise magnitudes are not well known," he said.

Geoscience Australia said the quake was followed by a series of four aftershocks with a magnitude of 2.5 to 4.1.

Australians should expect "several hundred aftershocks, most not visible to humans, but probably a dozen will be felt," the scientist warned, speculating on the "billions of dollars in damage" it would have. caused the earthquake "if it had occurred in Melbourne".

Work to repair the damage could be complicated by containment and ongoing protests.

Hundreds of people wearing work boots and construction jackets flocked to central Melbourne on Wednesday to protest against compulsory vaccination for construction workers as most construction sites were abruptly closed in the region. city.

On Tuesday, the city's riot police used pepper spray and rubber bullets to break up a violent protest and said further gatherings "would not be tolerated".