The chairman of the Parliamentary Defense Committee says that this is not the first time that the United States and Russia will meet with this configuration in Finland. 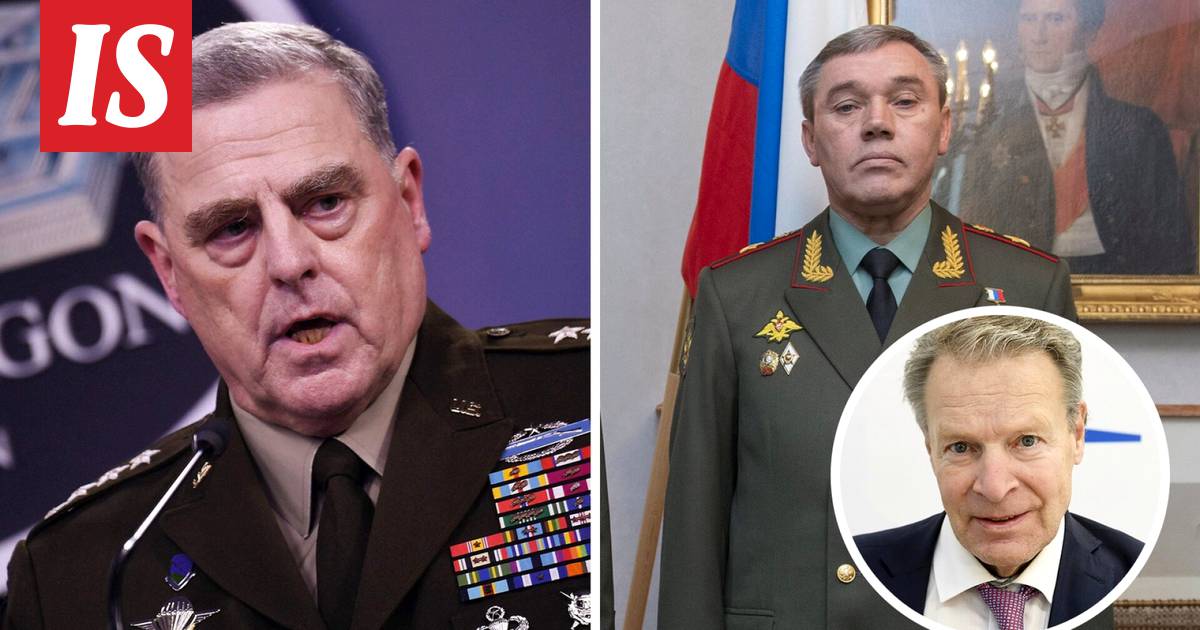 The commanders of the Russian and US armed forces have had a secret meeting in Helsinki today.

The meeting in Helsinki was attended by the Commander of the United States Armed Forces, General Mark Milley, and his Russian counterpart, General Valery Gerasimov.

Max Arhippainen, Communications Manager for the Defense Forces, confirms to IS that the meeting has been held today in Helsinki.

Ilkka Kanerva (Coalition Party), Chairman of the Parliamentary Defense Committee, has also been aware of the secret summit.

- This was not the first time that the United States and Russia meet with this line-up in Finland.

Understandably, the meeting had to be a blessing for our state leadership.

I can't say more about who the state leadership has delegated the matter to then, Kanerva tells IS.

- The meeting is over from this day.

I don't know because they're leaving Finland.

He cannot say whether Milley and Gerasimov have met people from Finland to meet.

- The meeting of actors of that level is such a big event that it would easily be a huge uproar around if the matter was publicly known in advance in Finland.

This is a meeting that has been arranged for a long time.

A similar event will not be held in a week or two.

According to Kanerva, the meeting between Milley and Gerasimov “is not due to the events of the last few days or weeks”.

The topic of discussion, according to the Wall Street Journal, was to consider new ways to fight terrorism after the United States and its allies withdrew their troops from Afghanistan in August.

A previous similar meeting was held in Helsinki in 2018. At that time, Valeri Gerasimov met Mark Milley's predecessor, Joseph Dunford.

At that time, they had a meeting place at Königstedt's representative mansion in the immediate vicinity of Helsinki-Vantaa Airport.

Russian media have reported that the meeting place would have been the same today.

It is known that the topic of discussion in 2018 was the situation in the Middle East.

Kanerva did not comment on what Gerasimov and Milley's meeting place was this year, and he himself was not present at the meeting.

He says the commanders had common interests at the meeting.

It is only a positive thing that these issues are being addressed in the fight against terrorism.

I think the departure is positive, Kanerva comments.

Why was Finland chosen as the meeting place?

- Finland is perceived as a country where similar meetings are possible without much fuss, Kanerva explains.

According to him, the meeting has a positive significance for Finland.

- Finland is a peaceful, safe and balanced country. I do not see any alarming features in this meeting. I hope that Helsinki will remain a place of good reputation and that similar meetings will come here in the future, he says.