You live in a crater and don't know it: the sleeping volcanoes of Spain

In Ciudad Real, &amp; quot; and more specifically in the Campo de Calatrava area, there are entire towns tucked into what are actually volcanic calderas, and many of its inhabitants ... 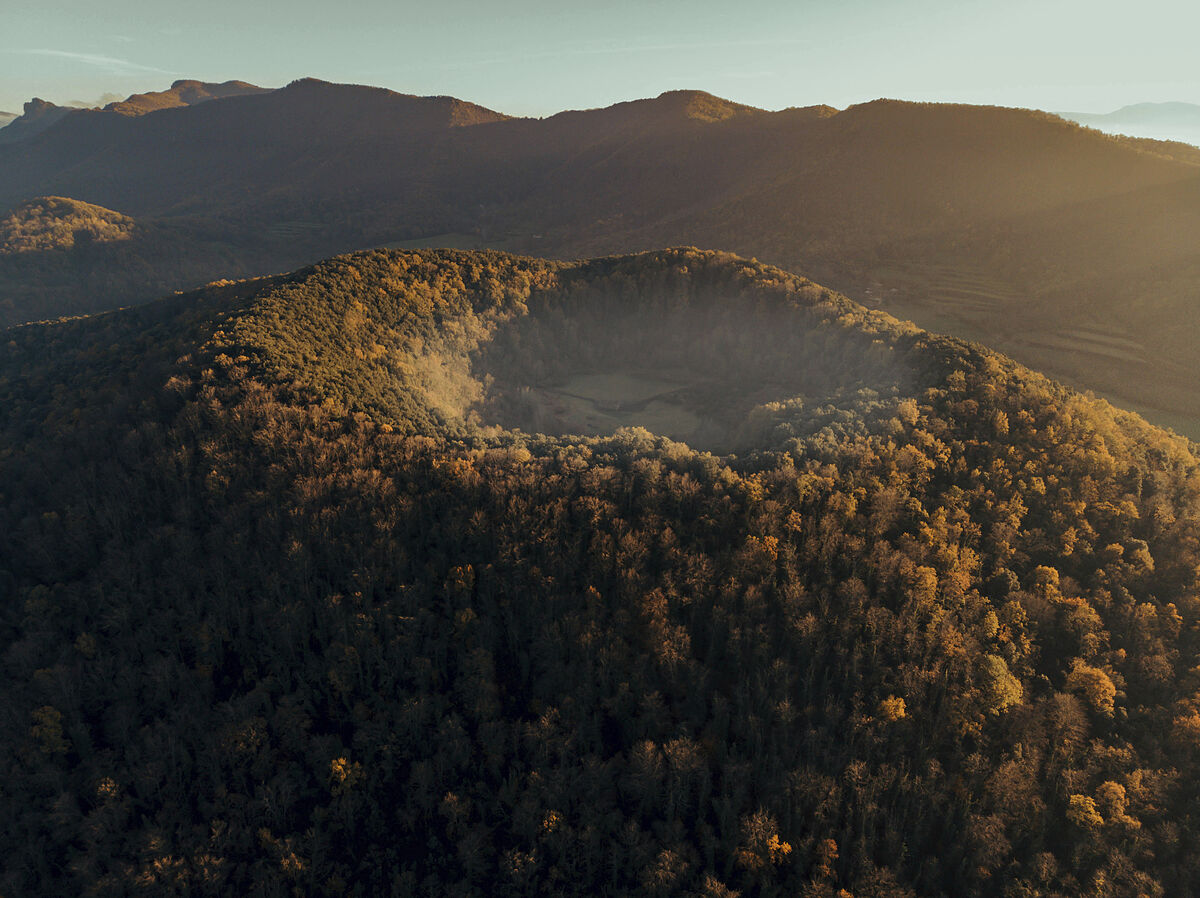 In Ciudad Real, "and more specifically in the

, there are entire towns tucked into what are actually volcanic calderas, and

... But let's go , That is the idea that we have in Spain, with the exception of the Canary Islands, of volcanology: zero from zero ", José Luis Barrera, head volcanologist of the Spanish Geology Society, tells EL MUNDO directly, almost without being asked. .

Barrera tries to clear the usual temptation of all Spaniards: 50 million coaches during the Eurocup, 50 million volcanologists when whatever erupts. And, later, it is applied in solving another question:

can this happen anywhere in Spanish territory

, with the exception of the Fortunate Islands? "I would say no, but come on, the chances are practically zero," he returns, and applies himself to reviewing the dormant or practically extinguished volcanoes of the Spanish geography.

, Girona. "It is the area most similar to La Palma in the Iberian Peninsula, also in terms of the frequency of eruption, but it must be taken into account that if the last eruption on La Palma was 49 years ago, the last one in La Garrotxa was 10,000 ago, "explains Barrera. "It is also an area of

[due to the Sicilian volcano Stromboli], which are volcanoes with a little hole at the top, as the children draw them, and the eruptions were strombolic."

In this Catalan region, whose capital is Olot, is the El Croscat volcano, which happens to be one of the youngest on the Peninsula:

its first eruption occurred 17,000 years ago

and the second now 11,500 years ago. Its crater has an area of ​​about 20 square kilometers and the green of the area is exuberant. Nearby is also that of Santa Margarita, who said his last word 11,000 years ago.

, Almería. "The entire area southeast of Murcia is volcanic, everything down from Mojácar to San José, in Cabo de Gata. They are volcanoes formed 11 million years ago, some, and another eight, between the Pliocene and the Miocene. but these are not strombolian, but much more explosive, they have formed what are called calderas, which are much larger than the usual craters. They are called calderas because of their shape, not because of their genesis, "says the volcanologist.

Campo de Calatrava, Ciudad Real. "This is a very interesting area and very unknown to many people. There are up to

many with the morphology of strombolian cones, many that when they erupted were very explosive, with even water, and with very low craters, some filled with Water".

This is where Barrera places "several towns totally tucked into volcanic craters, for example Aldea del Rey, the town where General [Joaquín] Espartero was born." "It is a very curious area, full of a type of very low craters called maars, which are filled with water. Its last eruptions date from eight or nine million years ago."

Barrera then goes through other small volcanic areas of the Peninsula: "There are also the Columbretes Islands, in Castellón, and there is a volcanic python in Cofrentes [Valencia], near the

. What a good place for that, right?"

Point and apart of course deserve the Canary Islands, "all totally volcanic, and also very active: we have the

, the wash that buried the port of Arachico a few years before, in 1706, another eruption in Tenerife in 1909 The Canary Islands have been constantly erupting and will continue to do so. "

Can you estimate how often this will happen? "The data do not allow it, because there are not enough eruptions to establish a pattern, but approximately we can say that islands like El Hierro or La Palma, with a lot of activity,

can perfectly erupt every 50 or 60 years

. Take El Hierro, for example, the last eruption was underwater, in 2011. It did not reach the surface, but the next one will come, or the other. "

The eruption in El Hierro, next to the town of La Restinga, was so far the last to be recorded on Spanish soil. It all began in June 2011, when the first earth movements began to be registered in what ended up being six months of eruption, with several periods in which the population of

had to be evacuated. In that half-year of eruption, a volcanic building was formed at a depth of 400 meters that ended up having a height of 312 meters, remaining about 90 meters from reaching the surface of the sea. In May 2016 it was officially named: Tagoro volcano.

Barrera also wants to clear up one last question: is there a possibility that these tectonic movements will end up causing some kind of tidal wave or tsunami, even of low intensity?

"I already tell you that no, because for that it is necessary for plates to really move, something that has not happened here so far. For a tsunami to take place, for example the one in Sumatra-Andaman in 2004 [that devastated Thailand and Indonesia ], there would have to be a 2,000-kilometer fracture, with vertical jumps of up to 20 meters. At the moment, none of that has happened here, "concludes José Luis Barrera.