Windows for about 70 cars smashed in Norrköping

During the night towards Tuesday, at least seven companies in the Ingelsta area in Norrköping were exposed to burglary in cars. A cleaning company had had windows smashed on 16 cars. In total, there are about 70 cars that have had their windows smashed. 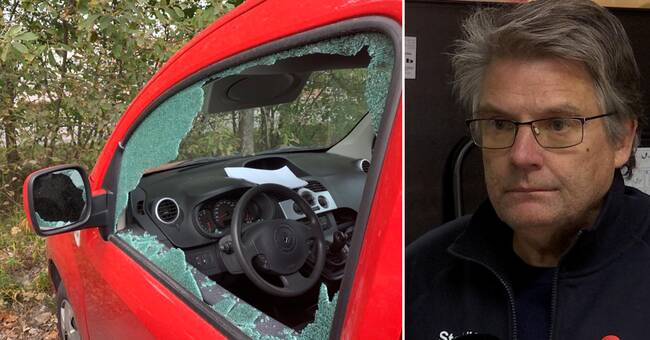 The police were on Tenngatan on Tuesday morning and carried out crime scene investigations.

They have also talked to victims and will investigate whether there are witnesses to the incident.

- In some cases it is about burglary and in others as pure destruction, says police spokesman Johnny Gustavsson.

An image that is confirmed by some of the entrepreneurs when SVT Nyheter Öst was on site.

Plumber Arvid Magnusson had his mobile phone stolen when there was a burglary in the company's car.

- I got my mobile stolen and the display in the company car is broken.

I had to take my private car to be able to work today, says Arvid Magnusson, plumber.

The police currently have no suspects in the case and the incidents are being investigated as both burglary and vandalism.

You can hear more about the burglary and vandalism in the video above.