Many school children at home sick in Södertälje: "Infectious diseases are booming"

Absence due to illness at the primary schools in Södertälje is at higher levels than last year. This according to figures from Södertälje municipality. At Fornbackaskolan, they have a slightly lower absence, but it has been noticed that more people have caught a cold earlier than in other years. - If there is a need to have digital lessons due to high absenteeism, we will definitely arrange it, says Anna Heikman, principal at Fornbackaskolan. 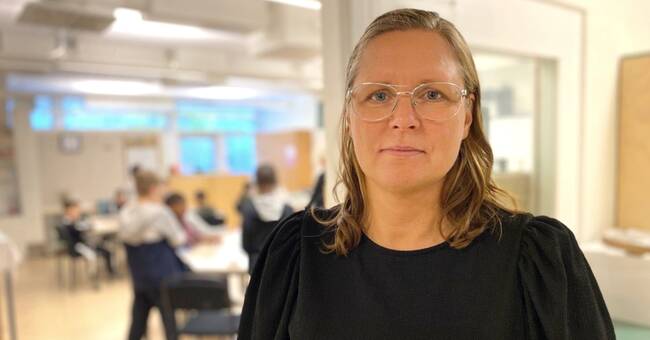 During week 37 this year, the reported absence in total in the municipality was 13 percent, which can be compared with 2020 when the level was 11 percent.

In 2019, the registered absence was six percent of all students in the municipal schools.

- What we can see is that other infectious diseases are booming.

We get signals that there are more people who have stomach ailments and have a cold than a year ago, says Jenny Stanser, head of primary school in Södertälje municipality.

Hear the principal at Fornbackaskolan talk about how the students are affected by the absence in the video above.