Karoline Lima: Militao's girlfriend and Neymar's ex who goes to the Bernabéu box and messes with the referees

Éder Militao (23) finished the season with the work of a great center-back, serious, making Sergio Ramos's absence due to injury forget the absence of Sergio Ramos due to injury. In fact, their ... 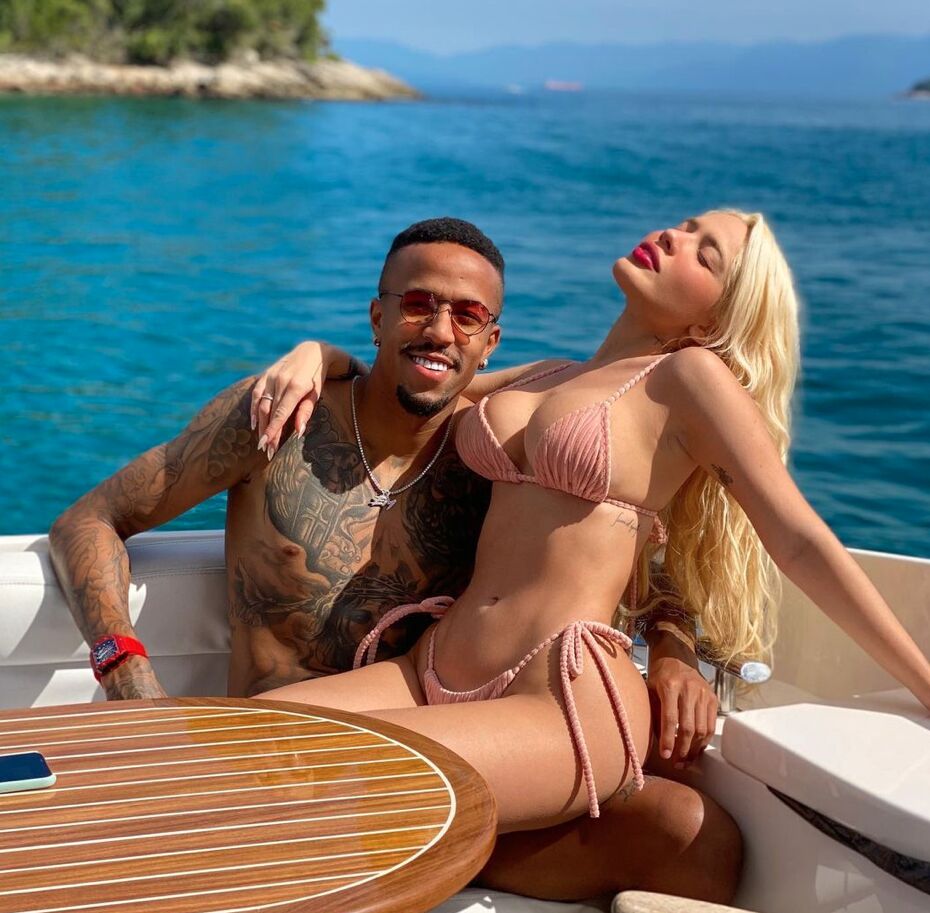 (23) finished the season with the work of a great center-back, serious, making

absence due to injury forget the absence of

In fact, his stripes on the pitch were one of the small

that cemented the camero's traumatic goodbye.

Then he left to play the

, reaching a final where the Brazilian team lost against Argentina.

An important campaign for Militao, who must have thought the only way to finish it off was to take a yacht and disconnect with an exuberant woman:

The anecdote revealed by

, is well known, in which

, to focus. We do not know the opinion of the president about it, but he must be happy: he

has delivered the center-back and a new Madridista

, a girl evangelized by white culture.

Not surprisingly, the breakdown of the footballer with his previous partner,

had not yet transpired to the press

when the news broke.

On the part of Karoline, there had been speculation about a possible return with

They did not cover up at any time: Karoline went to the Copa América wearing a center-back shirt and soon they began a digital flirtation with which they left little room for speculation.

it became a WAG de la

THE YACHT AND SANTIAGO BERNABÉU

, the one that illustrates this news and that they published at the same time on their social networks.

Real Madrid, affectionate with the central defender, congratulated Éder on his conquest, waiting for him to do the same with a European Cup.

Once the season started, we were able to see Lima

develop his new Madridismo with intensity

, commenting on the games on Instagram or watching them from a VIP box at the

. Militao now rises to the corners with more determination, looking for the goal for such a long-awaited dedication. She, meanwhile, tells for her almost a million and a half followers how she puts on the canapés that serve her and records herself singing the ambient songs.

He also makes friends with his new partner's wardrobe mates.

has already found her nickname:

, referring to the characteristic beard of the French -

It is very integrated, so much so that it already charges against the referees.

"the one in pink

", who was "bringing yellow to everyone."

FútbolNeymar: The contract with PSG that dynamited the economic balance of football

RelationshipsMishel Gerzig: the explosive girlfriend with a military that has made Courtois settle down