Finland is the only country where passengers' corona certificates are checked both on departure and arrival, says Kimmo Mäki, CEO of Finavia. 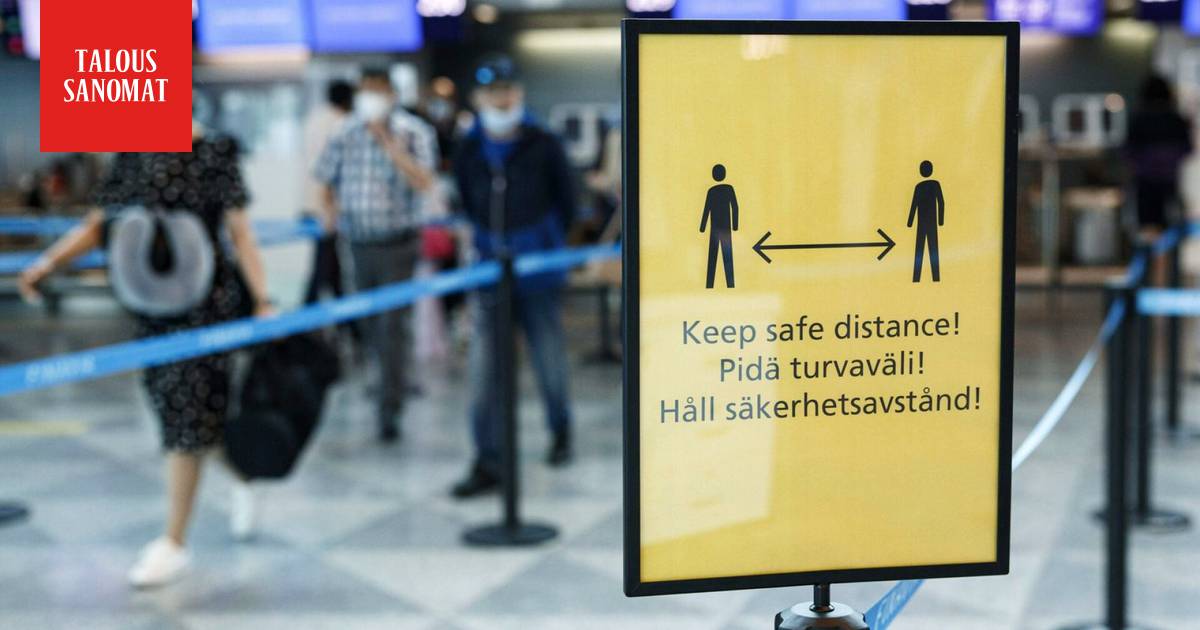 Tourism companies are frustrated by the restrictions that still stifle tourism.

The North West Office today published a report in which Etla's researchers go through different scenarios on how Finnish tourism can recover from the corona pit.

Read more: Calculations revealed: this is what Finnish tourism can look like in two years

At the launch of the report, companies in the field highlighted, among other things, how difficult it is still to get to Finland.

- Finland is the only country with (corona certificates) checks for both departing and arriving passengers, said Kimmo Mäki, CEO of Finavia, which operates the airports.

In other countries, the airline's pre-flight inspection, according to Mäki, is sufficient, and the country can enter the country freely without a second inspection.

In Finland, checking corona certificates also on arrival from a flight congestes the airport.

- Yesterday there was a queue of many hundred meters to the checkpoint.

According to Mäki, queuing can make it more difficult to get on a connecting flight and create stress for passengers as to whether or not they can enter the country.

In his view, the course of action is in no way related to the health safety of travel.

Sami Lahdensuo, Finnair's Director of Public Relations, pointed out that the law does not require that everyone's certificates should be checked when they come.

- It is clear that health safety must come first, but action must be risk-based.

According to Lahdensuo, the risk of people who have been twice vaccinated in tourism is now almost non-existent.

The recovery of air traffic in Finland has been slower than in the rest of Europe.

About 30 per cent of Finnair's capacity is now in use, while other European airlines account for more than 50 per cent.

- The situation is really dire, because we are the last airport and country in the whole of Europe in the recovery of air traffic, Finavian Mäki said.

Finavia and Finnair have long pointed out that Finland's position as a hub for traffic between Europe and Asia is in danger of deteriorating if travel restrictions do not align with the rest of Europe.

According to Kimmo Mäki, there is a risk that Finland will lose its position for a long time or even permanently.

In the tourism industry, it is hoped that the government will signal now that travel is now ok.

Domestic tourism has maintained demand during the Korona period.

Ari Vuorentausta, CEO of Lapland Hotels, hopes that this will not be too lull.

- It will not carry over the winter season in any case.

International tourism is the lifeblood of the tourism industry.

The government said today that it had decided to present to Parliament that the entry regulations would be extended until the end of December.

A certificate of illness, vaccination or negative test is still required from the immigrant.

The current provisions will remain in force until mid-October.