According to the former prime minister, the Hornet deal in the 1990s underlined Finland's non-alignment and independent defense. There are other interpretations, writes Special Editor Jouko Juonala. 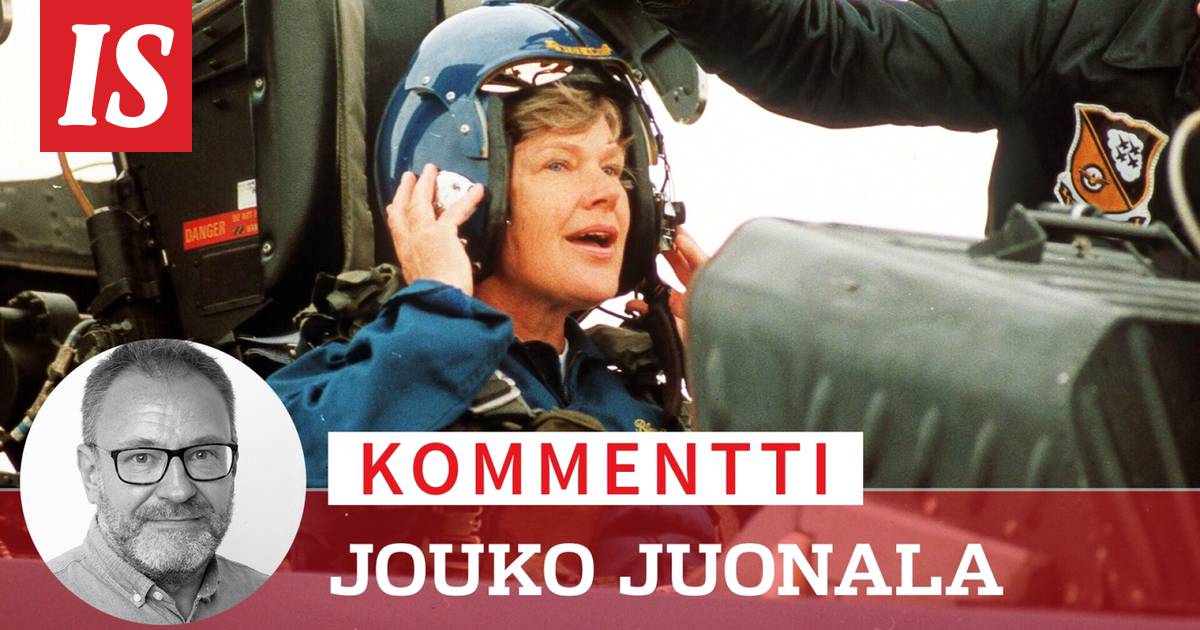 Only price and features.

These were the only factors on which the choice of a new fighter jet for the Finnish Air Force could be based in the spring of 1992. It had been decided to exclude political influences from consideration.

This is how former Prime Minister and central influencer Esko Aho describes in his book The Arms Trade of the Century (Otava 2021) published on Monday.

The Government is expected to make a procurement decision for the new multi-purpose fighters before the end of the year.

The new century arms trade is now taking place in a new era.

The selection process is called the HX project.

Politicians and the defense administration preparing to acquire a new multipurpose fighter sing a little the same song as Aho.

The taxpayer is assured that Hornet’s successor will be selected on the basis of purely military performance above and life-cycle costing.

We are looking for cost-effectiveness: the most capable machine that will receive the EUR 10 billion earmarked for the project.

And which Finland can afford to use for the next 30 years.

Price and features are, of course, the most important selection criteria.

Still, the choice of a new machine is influenced by things other than cost-effectiveness.

The choice of a new fighter binds Finland to the country or group of countries that offers us aircraft, the weapons and sensors they need, and training and support systems.

In addition, it binds Finland to those countries with which the chosen aircraft can best network and operate together.

The choice of fighter is also a security policy choice, and so it was in the early 1990s.

However, the pattern is not as dramatic as when the Hornet deal was made, when the Soviet Union collapsed and Finland withdrew from the yya deal.

Read more: Comment: A mighty army of lobbyists is fighting the final stage of fighter acquisition - although lobbying should no longer matter

The choice of Hornet’s successor has teasing joints in the acquisition of weapons of the century in the early 1990s.

In her book, Esko Aho tells interestingly how the Hornet was reached in its time.

According to Aho, the Air Force was in Hornet's position from the beginning, but it was considered far too expensive for Finland.

At the end of August 1990, the Commander of the Air Force, Pertti Jokinen, still considered it unnecessary to send a call for tenders to the then manufacturer of Hornet, McDonnell Douglas.

However, Hornet joined the tender.

It electrified the race and got another US manufacturer, General Dynamics, to offer Finland the latest version of the F-16 fighter: the F-16 C / D based on digital technology.

The company’s first offer included “only” fur coat model A / B machines.

The Soviet MiG-29 fell out of the race - it did not meet the Air Force's requirements for electronics, service life or maintenance systems.

The cost structure of the acquisition was also heavy.

Swedish Saab and French Dassault, meanwhile, tried to decorate their own offerings with very special cherries.

Sweden promised to offer Finland, which was suffering from the recession, an “economic vitamin injection” in the spirit of extensive industrial cooperation.

France promised to pave the way for Finland to become a member of the EC.

“The closer the final choice became, the more ardent the attempts to influence our solution became,” Aho writes.

The Swedes and French were bitterly disappointed.

The winner was the Hornet.

President Mauno Koivisto was informed of the election of the Ministry of Defense on April 28, 1992. Prime Minister Aho was informed on the morning of May Day.

The final procurement decision was made at the Government session on 6 May.

According to Aho's analysis, Hornet did not "westernize" Finland, as the Hornet trade has often been interpreted.

According to Aho, Hornet emphasized the security policy choice that had already been made before the fighter deal.

“With the help of Hornet equipment, Finland created a performance for the Air Force that created credibility for our commitment to remain militarily non-aligned and build our future on independent defense.

If the decision was meant to convey a security policy message, this was it, ”Aho writes.

The Hornet decision connected Finland to US military technology and opened direct connections to the Pentagon for the defense administration.

There are other interpretations.

According to them, the Hornet decision connected Finland to US military technology and opened direct connections to the Pentagon for the defense administration.

"The acquisition opened more doors for us in the United States than the previous efforts of the Finnish state leadership and diplomacy over the past half-century combined," wrote General Gustav Hägglund in his memoir The Lion and the Dove in 2006.

The choice was a strong message.

Read more: Switzerland chooses a new multi-purpose fighter - the tender was won by the F-35

The Lockheed Martin F-35A fighter from the United States is also in the race.

This bachelor represents a new technology and has been seen as an expensive option - just like the Hornet 30 years ago.

Saab gets a new opportunity.

The company offers the successor to JAS Gripen A / B, acquired in Finland in the 1990s, the new Gripen E.

A French option is also at stake.

The European arms industry is represented by the pan-European Eurofighter Typhoon.

In his book, Aho lists the Hornet selection criteria.

For these reasons, Finland ended up in Hornet: 1. Of the options available, it had the best performance-price ratio.

2. The machine was in continuous series production, so delivery reliability is high.

3. With the US government as a contracting party, Finland received the support of a large buyer.

5. The machine type was modern and its development potential is great.

6. Compared to competitors, the widest range and maximum missile load.

7. The machine was well suited to Finnish conditions.

8. The twin engine increased the reliability of the machine, and the higher fuel costs were offset by an inexpensive maintenance system.

Aho also repeats why other candidates dropped out of the race.

The F-16 did not fully meet Air Force requirements and General Dynamics' offer to involve the domestic aircraft industry in the project was unsatisfactory.

The Saab Gripen A / B was crude.

In particular, some of its systems were assessed as incomplete and posed a risk to the implementation schedule.

Mirage, on the other hand, met the performance requirements, but the machine's maintenance system was difficult for Finland, and a small user base raised its maintenance costs high.

Will Finland again choose an American machine that is considered expensive?

And who might be an Air Force favorite at the same time?

This option would be the F-35A.

The F-35A won the Swiss tender as the most cost-effective option.

The choice came as a surprise to many.

Question 7, in turn, can be questioned and item 8 ignored.

Other offerers also have their trump cards.

The tender is still open and not everything is what it looks like.

The arms trade of this century will not be resolved until the end of the year.

"I don't want to be a cheerleader and I'm not talking about any news or provider in particular, but things are certainly not exactly as promised for any bidder," Huri project leader Lauri Puranen wrote in his blog in August.