Analysis: Now the battle for the forest awaits

The conflicts over Swedish forestry are intensifying. The EU wants Sweden to stop clear-cutting and save more forest for the sake of the climate. The environmental movement warns that more and more species are becoming extinct. Reindeer and moose do not find enough food when lichens and rice disappear. At the same time, the forest industry has difficulty finding trees that are old enough to fell, but would like to increase the pace of replacing all fossil fuels with forest residues. 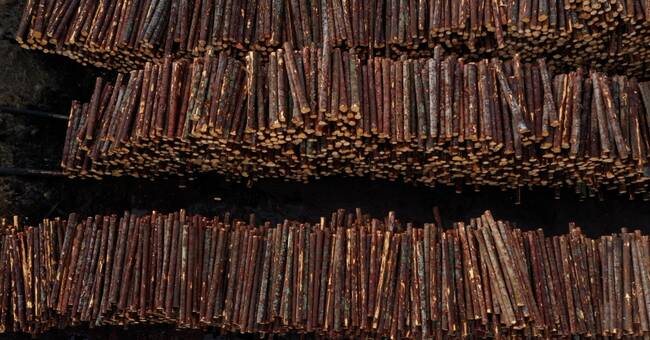 Sweden has an enormous amount of forest.

We are in the top five list of countries with the largest planted forests.

Or timber fields as the environmental movement often calls them, because all trees are the same age and of the same variety and they therefore do not resemble natural forests at all with a great variety of plants and animal species.

companies usually point out that Swedish forest is constantly growing. That's right, but it's about planted teenage trees that must not be felled until they have grown clearly in many decades according to the rules. According to environmental organizations and the authorities' whistleblowers, it seems that more and more natural forests with great biological diversity are now being felled by forest companies due to a threatening timber shortage.

According to the Swedish University of Agricultural Sciences, natural forests have decreased steadily in Sweden and are now down to between 10-15 percent of the forest land.

At the same time, nature reserves have increased slightly, but are still a very small part of Sweden's total forest land, around six percent.

As the biologist Frédéric Forsmark at the County Administrative Board in Norrbotten states in Vetenskapens Värld - The Battle of the Forest: "

We like to complain that Brazil deforests forests, but they still have most of their old natural forests, we do not have that…

EU not happy with our forestry

At the same time, the EU has stepped on the scene.

According to the EU's new forest strategy, clear-cutting should only take place exceptionally, not as a rule as in Sweden.

Instead, the EU recommends that you only cut down mature trees and in forests with different tree species and species and leave the rest.

This is because the main climate benefit of trees is to sequester carbon dioxide so that the EU can achieve the goal of stopping climate emissions.

The trees can become fuel and houses

The forest industry and some researchers instead want to increase the efficiency of the forest. Like fertilizing the trees every year so that they grow twice as fast. Or produce new fast-growing tree plants. In this way, the millions of cars that roll on our roads today could quickly switch from fossil fuels to biogasoline and biodiesel from sawdust. Then huge investments are needed in biorefineries. Although the EU does not think that biofuels from forests should be classified as a green investment.

Others believe that the best thing for the climate would be to build significantly more large houses and infrastructure in wood.

Instead of steel and concrete.

For forests that grow absorb carbon dioxide from the air.

When the trees are felled and become building materials, the carbon is bound in the wooden house until it is demolished.

When new trees are planted instead of those that are felled, they also bind carbon dioxide from the atmosphere, the argument goes.

There is a great deal of pressure on wooden planks right now, where prices have multiplied and in the rapidly growing e-commerce, large quantities of cartons made of Swedish wood are also required.

Researchers disagree on what is smartest

Researchers also do not agree on what is most climate-smart.

If you think that we only have a few decades to do according to the UN's climate panel IPCC to reduce emissions to zero, then perhaps all Swedish forests must be allowed to stand, even though it risks at least 70,000 jobs.

But how then should all fossil fuels be replaced?

Who will win the battle for the forest remains to be seen.