Åtvidaberg can have a large solar park

The solar cell park in Linköping looks big when you pass it on the E4. Now Åtvidaberg can have an even larger park. 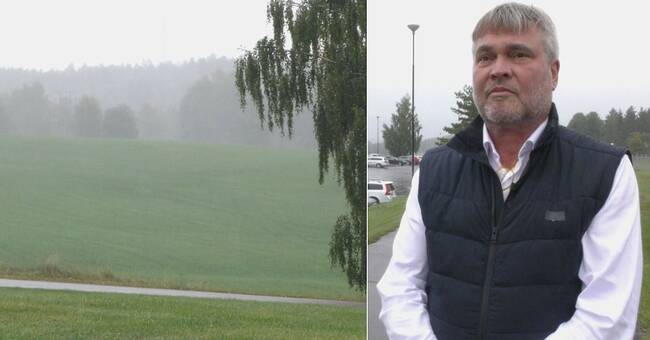 When the solar park in Linköping was inaugurated, it was Sweden's largest, at least for a short time.

It can produce 12 megawatts.

In Åtvidaberg, there are ideas to build an even larger park of between 15 and 20 megawatts.

It is the entrepreneur Claes Drougge who is behind it all.

Region East and ALMI are also involved in the plans.

Claes Drougge owns and operates several companies in what was once Facit's factory in Åtvidaberg.

One of his companies owns the property itself and the land that belongs to it.

Land that is suitable for placing solar cells.

- The infrastructure is perfect.

We have roads drawn.

The industrial plant itself actually has infrastructure that allows us to receive a large part of this electricity (from the solar cells).

For example, we have two 20 kilovolt wires in, says Claes Drougge.

There is interest in buying solar, including from companies that may have difficulty making their own business more environmentally friendly.

By buying fossil-free electricity for the business, those companies can reduce the total climate footprint.

No papers have been signed yet, but even though the park has not yet been built, Claes Drougge has contacts with companies that are interested in buying the electricity produced.