The Digital Media Observatory against fake news and disinformation is born

The Italian Observatory is part of a network of national hubs on the analysis of Social Media that will fight disinformation in eight EU countries. Fuortes: "Rai fundamental in the fight against fake news" 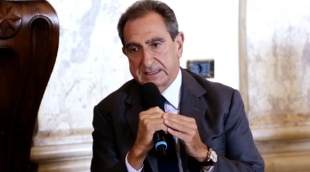 was presented this morning in the Sala delle Colonne of LUISS,

on Social Media analysis. Funded in this start-up phase with eleven million euros, the national hubs will fight disinformation in eight EU countries, studying its impact on societies to spread positive practices in the use of digital media through e-literacy and fact-checking.

IDMO will help implement the activities promoted by the European Observatory of Digital Media (EDMO) in the fight against disinformation and fake news at a European level with a strategy based on monitoring the flow of information and the use of tools based on artificial intelligence.

"It is a duty for Rai to participate in this initiative. Rai has a capillarity in the territory which is an extraordinary wealth for the possibility of inclusion and proximity". Thus the CEO of Rai, Carlo Fuortes, who recalled how the company in this year and a half has played an extraordinary role in contrasting fake news with "alert fake news" by Rainews24, from an idea by Antonio Di Bella and Andrea Vianello, active 24 hours a day.

"The pandemic has upset our lives and has produced in the country an extraordinary demand on public networks and an increase in attention in the governance of public affairs and public service. This allows for proximity to the citizen major, "he said.

"For Rai it is a pleasure to actively participate in this project, but also a duty for the public radio visual service: to collaborate to educate information and disinformation", Carlo Fuortes, CEO @Raiofficialnews pic.twitter.com/gawqC2IWHw

Moles: "We will start technical discussions on information issues"

"Fake news is not born today, but is amplified by the progress and anonymity of the network", said the undersecretary of Presidency of the Council with responsibility for publishing, Giuseppe Moles, speaking at the presentation of the Italian Digital Media Observatory coordinated by LUISS.

discussions on these issues - he explained that on the activation of the Observatory - the institutions cannot fail to make their own contribution. We also want to study a campaign against disinformation" .

"The wave of disinformation and fake news that we have witnessed in recent years, in Europe and in the world, risks undermining the right to correct information, which is the basis of the principles of democratic citizenship": said the Foreign Minister Luigi Di Maio participating in the press conference for the presentation of the Italian Observatory of Digital Media (Idmo), part of a European network engaged in the fight against disinformation.

"The Observatory - explained Di Maio - will encourage collaboration between fact-checkers, academics and all interested parties, in support of the efforts of the Italian and European authorities to monitor and understand the nature of disinformation campaigns, in defense of Italian democracy a and European ". He then specified that "the response we will put forward will have to reconcile the fight against these phenomena with the necessary respect for the founding values ​​of the European Union, including freedom of the press and expression. It is essential - he insisted - that the fight against disinformation and fake news does not happen to the detriment of a democratic and plural public debate ".