Six dead and 28 injured: what is known about the shooting at Perm State University

On Monday, August 20, a shooting occurred at the Perm State National Research University. Six people became victims of the incident, another 28 were injured. According to the Investigative Committee, the shooting was opened by a student of an educational institution, his motives are unknown. The attacker was able to be neutralized by the traffic police inspector, who was one of the first to arrive at the university building. During the arrest, the offender resisted and was wounded. The Investigative Committee opened a criminal investigation into the murder. The Governor of the Perm Territory Dmitry Makhonin declared September 21 a day of mourning for the dead. 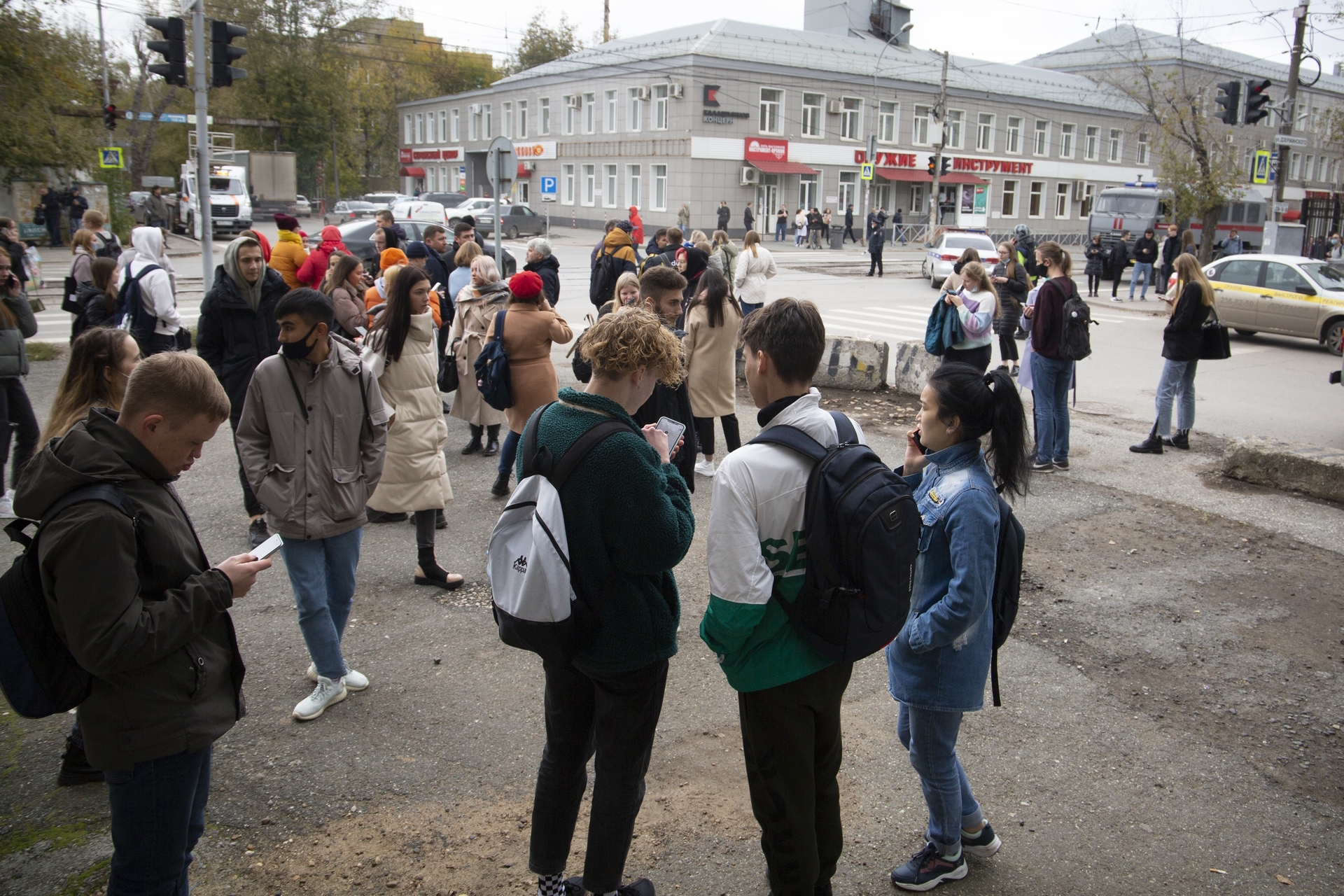 As a result of the shooting at the Perm State National Research University, which took place on the morning of Monday, September 20, six people were killed and another 28 were injured.

The head of the Ministry of Health, Mikhail Murashko, said that 20 victims were hospitalized, of which nine are in serious condition.

The incident occurred at about 11:00 am (9:00 am Moscow time) on the campus, where at that time there were about 3 thousand students.

After the information about the shooting appeared, the university administration urged the students in the classrooms to close themselves from the inside, and those who were outside to leave the territory.

According to eyewitnesses, some of the students were able to jump out of the windows.

Later, evacuation began in the building.

According to the Investigative Committee, a student of an educational institution opened the fire.

"On September 20, a student, being on the territory of one of the buildings of the Perm State National Research University, opened fire at others from a hunting smooth-bore rifle ... During the arrest in connection with the resistance he was wounded, after which he was taken to a medical institution," department.

Konstantin Kalinin, one of the first to arrive with a partner to the university building.

His colleague police lieutenant Vladimir Makarov began to organize the evacuation of citizens.

According to the Ministry of Internal Affairs, the head of the department, Vladimir Kolokoltsev, decided to nominate traffic police officers who neutralized the attacker for awards.

Konstantin Kalinin himself said that he and his colleagues were engaged in the registration of an accident, when an eyewitness ran into the office and said that shooting was heard near the university.

“I ran to the main entrance, ... ran into the building on the first floor, saw an armed young man going down the stairs.

Shouted to him: "Throw!", After which he pointed the weapon at me and fired a shot.

Then I used firearms.

Running up to him, I fixed his movements, removing the gun, cartridges and knife to the side.

Then he began to provide medical assistance, ”said the inspector.

According to media reports, the attacker was operated on and is on a ventilator.

Also, according to unconfirmed information, the shooting was opened by an 18-year-old student Timur Bekmansurov.

The father of the alleged suspect, Marat Bekmansurov, in a conversation with RT, said that he was shocked by the news of his son's possible involvement in an attack on an educational institution.

According to Bekmansurov, in communication, the son did not express intentions that could indicate a tragedy.

The man also said that his son lives with his mother, whom they divorced in 2009.

According to him, the young man spent a lot of time at home at the computer.

First, my mother called me, said: so and so.

I was shocked, I already called my ex-wife later, she was just at the police station for interrogations.

She is also in shock, like some kind of amoeba, she cannot say anything normally, ”said Marat Bekmansurov.

In turn, a representative of the private institution of additional professional education "Olymp" confirmed to RT that the young man who attacked the university in Perm was trained there under the weapons program.

According to her, he studied in April this year, the program involves eight academic hours.

She also stressed that training at the institution does not give the right to purchase weapons, for such a permit you need to apply to the Russian Guard, you also need to go through the appropriate medical examination.

At the same time, the official representative of the Russian Guard, Valery Gribakin, said that the suspect owned a hunting weapon legally.

In the UK, it was clarified that the person who organized the shooting purchased the gun in May of this year.

The motives of the attacker are currently unknown.

On the fact of the incident, the investigative committee opened a criminal case for the murder.

A student from Iraq, Ashraf Kamal Razuk, who witnessed the incident, told RT that at the time of the tragedy he was with a friend near the campus and was going to enter the building.

According to him, "everything happened within one minute."

“We were still on the street.

They wanted to visit our faculty.

I was with my friend who was injured.

We climbed to a rather high place, saw the fallen girl, tried to help her, ”he said.

The young man clarified that he was studying at the Faculty of Pharmacy, so he tried to help the wounded.

“It all happened very quickly.

There was a state of hysteria.

There were no guards ... It seemed to me that he (the attacker -

Russian President Vladimir Putin expressed condolences to the relatives of the victims, calling the incident a huge disaster "not only for families who have lost their children, but for the whole country."

“At the same time, I understand very well that no words of sympathy can drown out the bitterness of losses, the pain of these losses, especially when it comes to young people who are just starting their lives,” the president said.

The head of state added that law enforcement agencies, local and regional authorities will make every effort to investigate the causes of the tragedy and help the victims and families of the victims.

According to the authorities of the Perm Territory, after the emergency, the families of the victims will be sent 1 million rubles each, the wounded as a result of the shooting - 500 thousand rubles each.

will be paid to those who are injured.

“PSNIU will pay 1 million rubles to the families of deceased students and employees.

The victims of the attack will be paid 500 thousand rubles, ”the university said.

The Governor of the Perm Territory Dmitry Makhonin declared September 21 a day of mourning for the dead.