Millionaire's wife disappeared - when a man was arrested, a notebook was found telling of a tearing relationship mess

Norwegian journalists wrote a book about Anne-Elisabeth Hagen's unfinished investigation into its disappearance because of its exceptional nature. 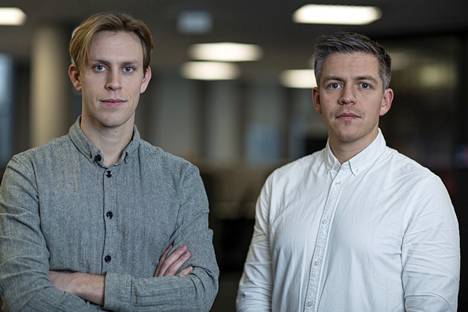 On the last day of October 2018, Norwegian Anne-Elisabeth Hagen disappeared from her home.

Her husband, millionaire Tom Hagen, found a letter in which the kidnappers demanded a ransom of nine million euros.

One and a half years later, in April 2020, Tom Hagen was arrested by police on suspicion of murdering his wife, but a week later the Court of Appeal released him because police evidence was insufficient.

Now, crime TV journalists Magnus Braaten and Kenneth Fossheim of Norwegian TV2 say in their recent book that Anne-Elisabeth would have had an extramarital affair in the 1980s.

According to Anne-Elisabeth's friend, this was put under pressure because of the relationship to later sign an unfavorable marriage contract.

According to police, they show that the wounds left by the man of infidelity had not healed in 25 years.

The book Lunnaat - A Criminal Case that shocked Norway (Gummerus), which will be published in Finnish on Monday, says that the police also estimated that Anne-Elisabeth wanted to resign.

For example, in February 2017, a computer search was “how to file for divorce”.

In the summer of 2020, police found divorce papers at the couple’s home that only Anne-Elisabeth had signed.

If Hagen’s marriage contract were annulled, Tom Hagen could lose half of his property in the divorce.

The police considered the annulment of the marriage condition probable.

According to police, the motives for the murder were economic, social and emotional.

For the first ten weeks, police investigated the case in secret, which is why the evidence probably disappeared and eyewitness observations were forgotten.

Kenneth Fossheim (right) and Magnus Braaten wrote a book on the crime case that shook Norway the most.

The book is based on, among other things, interrogation minutes, interviews conducted by the authors, and anonymous sources of authority.

Read more: Police at a press conference: Norwegian millionaires suspected of murder of wife lost 1.5 years ago - “Doubts have grown over time”

Read more: Millionaire's wife Anne-Elisabeth called a loved one a year ago and has had no signs of life since then - Norwegian police still completely confused about what happened

Information about the abduction was released on January 9, 2019. For the police, disclosing the case was a relief, especially since more clues began to come after disclosure.

At the time, the police were contacted by a friend of Anne-Elisabeth, who said Anne-Elisabeth was pressured to sign a marriage contract in the 1990s, which is very unfavorable to Anne-Elisabeth.

There are no signs of life for Anne-Elisabeth Hagen since the call on 31 October at 9.14.

The book shows that the marriage contract was written after it became clear to Tom Hagen that Anne-Elisabeth had had an extramarital affair in the 1980s.

According to the book, a person with whom Anne-Elisabeth had an affair had already been in contact with the police in the past.

He said Hagen had threatened to kill him.

The witness did not believe that Anne-Elisabeth had been abducted.

He was sure Tom Hagen was entangled in his wife's disappearance.

Read more: A Norwegian millionaire suspected of murder has entered into a marriage contract with his missing wife, which is now at the center of the investigation - such is the agreement described as unreasonable.

In the summer of 2019, the police launched a secret investigation, during which, among other things, listening devices were installed in Hagen's home.

During the covert investigation, Norwegian police also contacted the police authorities of several other countries for assistance.

Police have suspected Hagen had an accomplice.

This is indicated, inter alia, by the fact that Hagen has been described as technologically incapable.

He had an old Nokia phone, he never used a computer.

Shortly after the Court of Appeals ordered Hagen’s release, police arrested a 30-year-old man who has been called a Crypto man in the media for his expertise in cryptocurrency.

The couple's home is located in Lørenskog, near Oslo.

After the arrest of Tom Hagen, the house attracted the interest of police and the media.

According to the book, Hagen told police during interrogation that he and the Cryptomies had discussed the possibility of investing in the Bitcoin cryptocurrency.

According to the book, police believe there have been more meetings than Hagen and the Cryptomies have reported, and that a homicide, or at least an abduction, has been planned during them.

One witness told police he met Hagen and the cryptomaniac in October 2020, a few weeks before Anne-Elisabeth disappeared.

According to Hagen, the last meeting was in either May or June.

The Hagen home and its environs have been described as Norway’s “most investigated” crime scene.

The photo is from January 2019. Photo: NTB SCANPIX

Throughout the investigation, Tom Hagen has presented to the police his own theories about the kidnappers.

His interest has focused on some of his business partners, and in particular the so-called Futurum men, who were seen moving near Hagen’s workplace, the Futurum building, on the day of his disappearance.

Despite the searches, the police did not reach them and they did not report to the police.

Police stopped their investigation as early as summer 2019.

Hagen also told police about, among other things, “commando-dressed” men who moved near the workplace.

He also suspected that he had been followed before and after his disappearance.

According to the book, Hagen also considered it possible that Anne-Elisabeth had disappeared voluntarily.

Hagen's family came into conflict with authorities after police said they suspected the abduction story covered up a homicide.

Some family members saw this as a sign that Tom Hagen was a suspect.

The family has criticized the investigation many times.

They have even claimed that the police have “decided” the culprit.

When police wanted to arrest Hagen again, the family stopped talking to police.

There is reason to criticize the book, as the police investigation has not been flawless.

The family expressed their lack of confidence in a letter sent to the Norwegian Chancellor of Justice.

When information about the abduction was published, police were able to conduct investigations openly.

Police have not said whether any water relevant to the investigation was found in the waters near the couple's home.

The photo is from January 2019. Photo: NTB SCANPIX

For example, the police contacted the kidnappers at the beginning of the investigation, although the Hagens did not want it.

According to Hagen’s daughter, police also pressured Tom Hagen to pay a ransom.

The daughter also accuses the police of distorting her words in interrogation transcripts.

The family has also criticized police for failing to search a car that, according to two witnesses, Anne-Elisabeth had been seen since disappearing on October 31st.

It is also not known which car was moving in the vicinity of the Hagen house shortly before Anne-Elisabeth disappeared.

The family has accused the investigation of focusing on the wrong things.

There has also been controversy over the fact that after the abduction, the family’s phones were taken over for listening.

The family was assured that calls would only be listened to if the interceptors were callers.

It later emerged that all the family’s calls had been listened to.

Read more: Norwegian millionaire suspected of murdering his wife promises a million reward for a clue to finding a woman - police not excited

As of September 2021, police have not found Anne-Elisabeth’s body.

What makes the situation problematic for Hagen is that, according to the book, the police have not found others with a motive.

The police no longer believe in kidnapping and the pursuit of financial gain as a motive.

The case is still under investigation.