On the border between Texas and Mexico, nearly 15,000 people - mostly Haitians - are now stranded in a camp under the bridge that leads to the city of Del Rio. Blocked because ... 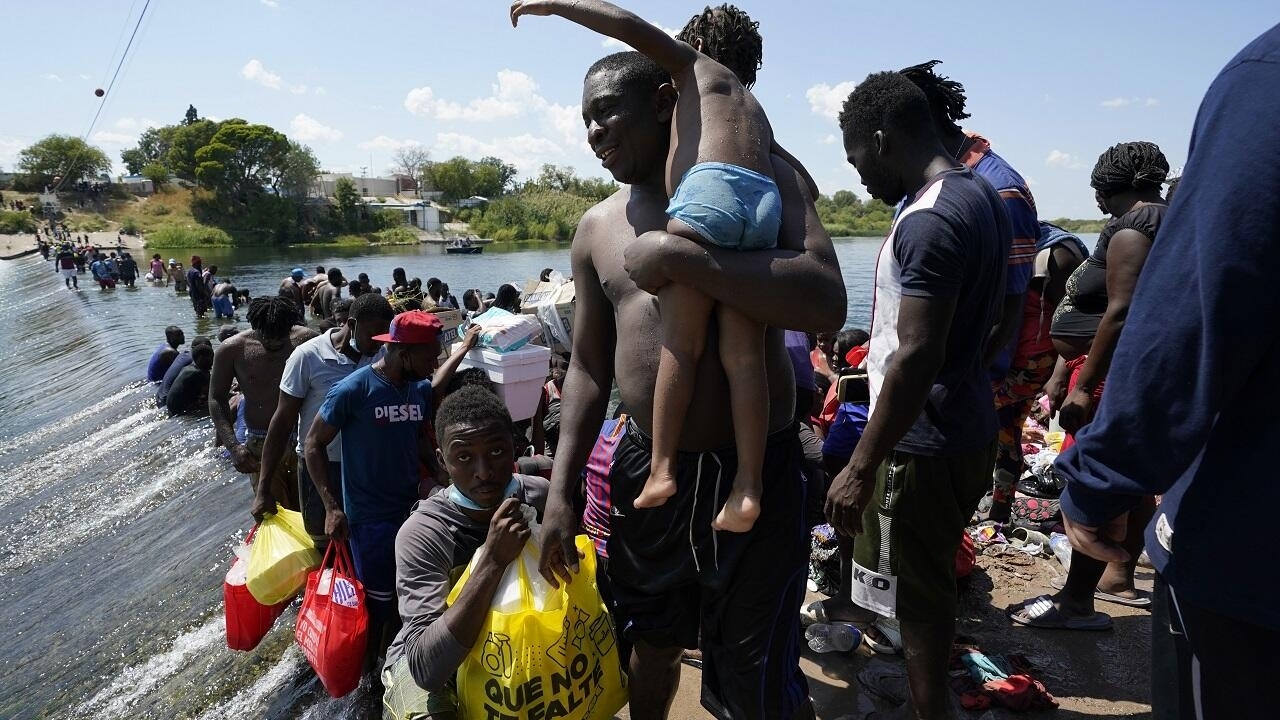 On the border between Texas and Mexico, nearly 15,000 people - mostly Haitians - are now stranded in a camp under the bridge that leads to the city of Del Rio.

Blocked because the American administration announced the resumption of deportations to Haiti and that the borders, on the American and Mexican side, are now closed there.

With our special correspondent in Ciudad Acuña,

Alex Rosier is desperate, sitting on the edge of the dike leading to the American side of the Rio Grande river.

In the Del Rio camp

since Wednesday, he had gone out this Saturday, September 18 to look for food. And he learned that, faced with the influx of migrants from Haiti, the United States would resume deportations to his country: “

Deportation, I don't want it. It's not for me. If I am deported, I will die. Haiti is over.

We kill the president

, the bandits are in power. Imagine!

This mason leaves his wife and daughter on the other side of the Rio Grande, in the Del Rio camp.

He is reluctant to return to Brazil, where he has lived since 2013. He has not yet made up his mind.

In front of the river, like him, Mamouna Ismaël is angry.

She went through eight countries to get there.

She had spent two years in Chile before deciding, two months ago, to go up to Texas: “

If we go, they will deport us to Haiti.

So there is no point in crossing.

The flow stopped for the evening Haitians now know that the border is closed.

They have no choice but to go there say he pic.twitter.com/7pAdgCCJS4

Many of them make this choice: stay in Ciudad Acuña, Mexico.

This is the case with Judson Auguste, who also made a point: “

Well, we have to stay here.

So we're going to look for a job.

We can try again if the United States reopens its border.

“Very present on WhatsApp groups, he will warn other Haitian migrants that there is no point in hurrying now to arrive in northern Mexico.

that the president and his administration could not foresee

“President Biden, if you're listening, we need you to tell every country in the world that this border is closed.

Migration crisis in Del Rio: “President Biden, close the border and do your job.