Tasks: The IS women were released after questioning - free to move around in society

They have for several years belonged to the convinced, radicalized core of the terrorist sect IS and are now back in Sweden. After an interrogation immediately upon arrival, the women must have been released into the community - in one case with a train ticket and a number for a social emergency service in hand. This without a proper assessment being made as to whether they are still radical and can pose a danger to society. 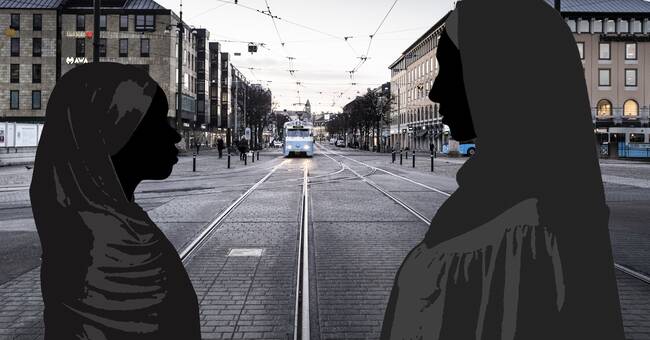 Some regret that they traveled to Syria.

There were also the more radical ones who did not even want to return to Sweden.

Three women were recently deported by the Kurdish autonomy for life when authorities there assessed them as a security threat.

According to the Ministry of Foreign Affairs, Sweden has an obligation to receive Swedish citizens.

The Kurdish self-government wants Sweden to try women legally, as they are suspected of, among other things, war crimes.

Despite the fact that these women have lived with the terrorist sect IS for a long time, the reception from the social services has major shortcomings, according to information to SVT.

Women have been allowed to move freely in society.

Suspected of genocide and war crimes

One of the deportees, a woman from Gothenburg, is suspected of genocide, crimes against humanity and war crimes.

Her children were taken into care when she returned to Sweden after years in Syria.

She herself was put on a train with a number for a social emergency service in her hand.

According to information to SVT, it was up to her self to seek further contacts with authorities.

A second case concerns an IS woman from a municipality in western Sweden, who herself returned to Sweden. She is today sentenced to forensic psychiatric care after threatening to kill a nurse in a psychiatric ward. She is said to have told the staff that she was involved in IS and murdered people and said that she should cut off the nurse's father's neck in front of his eyes. This woman is today suspected of war crimes. She too was released completely free after questioning by NOA, according to information to SVT. In that case, a relative came and picked her up.

Another woman is 48 years old and also from Western Sweden.

She traveled to Syria in 2013 with five minor children.

There she is said to have put two of her sons in IS training camp and they became child soldiers at IS.

She is today suspected of forced marriage and war crimes.

She should not have been met by the social services either, but was released completely after questioning, according to information to SVT.

The debater and terrorism researcher Magnus Ranstorp would like to see that the Swedish IS women were treated in the same way as Denmark handles returnees, where they are met by a defector program instead of being released into society.

- It is completely unacceptable that it is so easy to take these questions.

I get pissed when I hear this story, says terrorism researcher and debater Magnus Ranstorp.