The President of the Government, Pedro Sánchez, will travel to the Canary Islands this afternoon before the start of an eruption in the Cumbre Vieja volcano, in the municipality of El Paso, and will postpone his ... 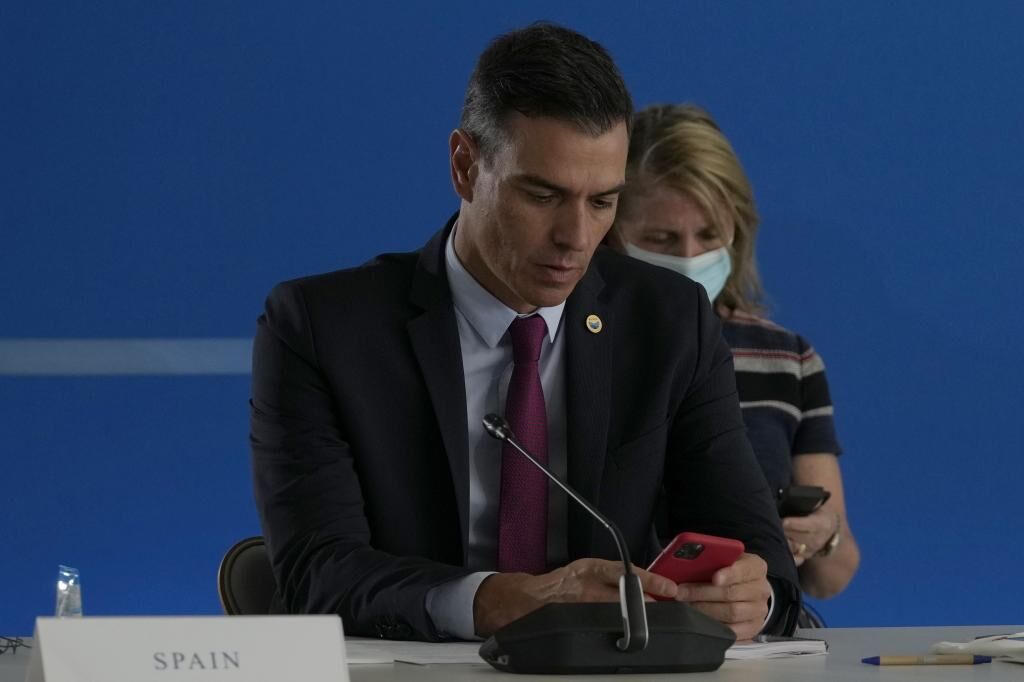 The President of the Government, Pedro Sánchez, will travel to the Canary Islands this afternoon before the start of an eruption in the Cumbre Vieja volcano, in the municipality of El Paso, and will postpone his trip to New York, which was scheduled for this Sunday.

"I am going to the Canary Islands at the moment, given the seismic evolution, to know first-hand the situation on La Palma, the coordination of the device and the activated protocols," the leader of the Executive announced through Twitter.

In addition, he has transferred that he is postponing his trip to the

that was scheduled to begin this Sunday.

In addition, different political leaders from different parties have wanted to launch messages of solidarity with the citizens of La Palma after an eruption began this Sunday at the Cumbre Vieja volcano, in the municipality of El Paso, as reported by the Island Council .

The president of the Popular Party, Pablo Casado, has shown his concern about what happened through Twitter and has sent a message of support to those affected by the eruption.

"All our support to the residents of La Palma, to the competent authorities and to the operations, whose indications must be attended to for greater security and with the desire that there is no personal injury.

The president of Ciudadanos, Inés Arrimadas, regretted in a publication on her Twitter profile that "these are moments of great anguish for the citizens of

"A lot of strength, and thanks to the emergency professionals for their work," he said.

Along these lines, the Minister of Social Rights and Agenda 2030 and Secretary General of Podemos, Ione Belarra, has transferred her "institutional support and personal affection to the Government of the Canary Islands and to all citizens in the face of the increased volcanic risk in La Palma."

"We appreciate the planning and the dedicated and invisible work of all the emergency teams," added the minister of 'purple' training.

Before the eruption began, the President of the Government,

, affirmed through a message on his account of the aforementioned social network that he is "attentive" to the evolution of the situation on the island of La Palma and that "all administrations "are prepared to act in a coordinated manner to manage the situation.

In addition, he assured that he is "in contact" with the president of the Canary Islands,

, who has "the support" of the central government.

The Second Vice President and Minister of Labor and Social Economy, Yolanda Díaz, also spoke, conveying her support for the leader of the Canarian Executive and her affection for those affected.

The Scientific Committee of the Special Plan for Civil Protection and Attention to Emergencies due to Volcanic Risk (PEVOLCA) had recommended this Sunday to the Steering Committee of the Plan the preventive evacuation of the population at risk, after verifying that seismic activity has reached its maximum since the beginning of the swarm on La Palma.

Based on this information, the Steering Committee has decided to begin evacuating, as a priority, people with reduced mobility in the population centers of Las Manchas (

), which includes the municipalities of El Paso and Los llanos de Aridane;

) and El Remo and Puerto Naos (

Spain Arrimadas, at the site of the attack on the Zaragoza barracks, cries out against "the laundering of the murderers and the oblivion of the victims"