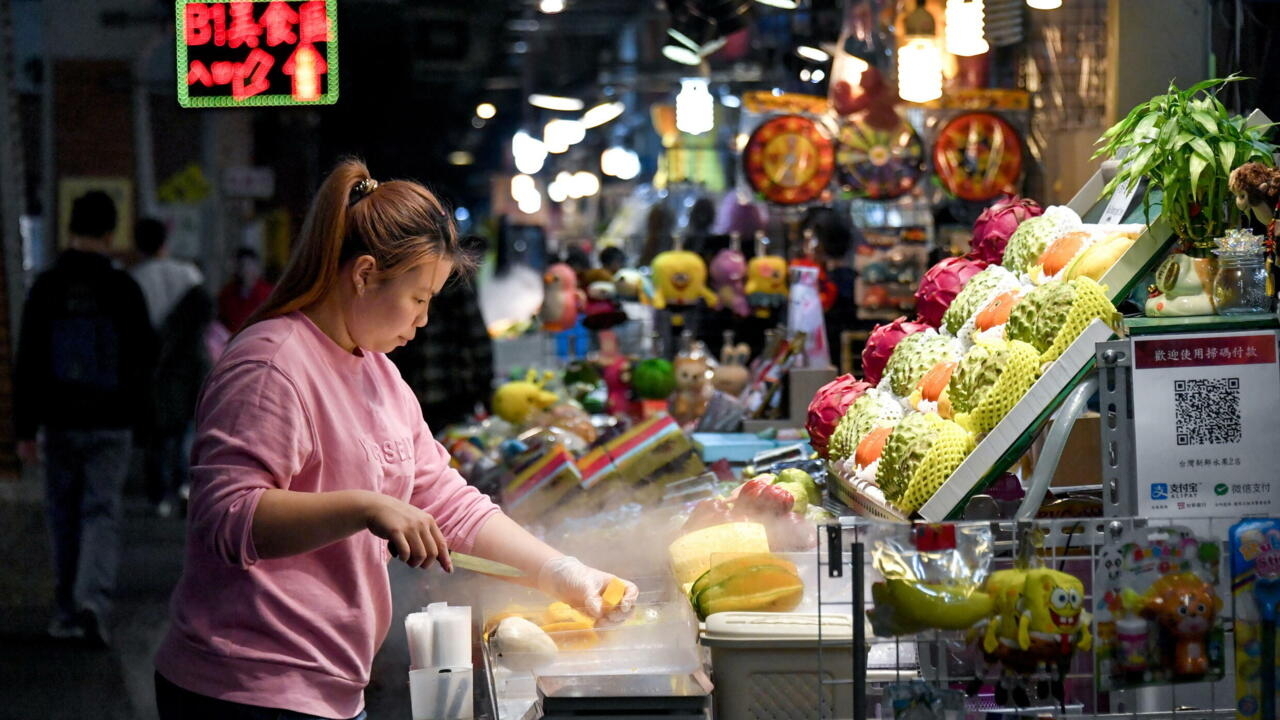 Shilin Night Market in Taipei, the capital of Taiwan, on November 24, 2018 (illustrative image).

With our correspondent in Taipei,

Apple cinnamon and Taiwanese jamalac, two local specialties, will no longer be on Chinese market stalls. China claims that parasites have been found in these two fruits that Taiwan has made the specialty of. But for Taipei, it is not: China's decision is political and aims to destabilize the Taiwanese economy and society.

This decision constitutes a new act in the rise of tensions between China and Taiwan, this archipelago of 24 million inhabitants de facto independent but threatened with invasion by Beijing.

In addition to its military threats, China uses trade as a weapon,

" Taiwanese Foreign Minister Joseph Wu tweeted on Sunday, adding that it was a "

Taiwan threatens to bring China to the WTO

The Taiwanese government immediately announced that it would take the case to the World Trade Organization (WTO) if China does not lift its decision.

China's latest coercive trade tactics against our java apple & sugar apple are unacceptable, Taiwan will file a formal complaint to the @wto.

Meanwhile, we'll do everything to help Taiwanese farmers expand & diversify markets, including putting in place a 1 billion program.

China's latest coercive trade tactics against our java apple and sugar apple are unacceptable, Taiwan will file a formal complaint with @wto."

Meanwhile, we will do everything to help Taiwanese farmers expand and diversify their markets, including putting in place a billion dollar program.

The episode has airs of deja vu

for the same reasons.

The decision had finally turned against Beijing and a vast movement of solidarity had formed around the Taiwanese pineapples.

As a supporter of freedom, to taste Taiwanese dried pineapple.

As a proponent of freedom, enjoying some Taiwanese dried pineapple.

To read also: Centenary of the Chinese Communist Party: Taiwan "determined" to defend itself