The repercussions of the submarine deal .. France describes it as a grave mistake and seeks cooperation with India and fears of a nuclear arms race

Today, France renewed its condemnation of the nuclear submarine deal between Australia, the United States and Britain, in the framework of the so-called “Aukus” agreement, and Washington and Canberra sought to calm French anger. 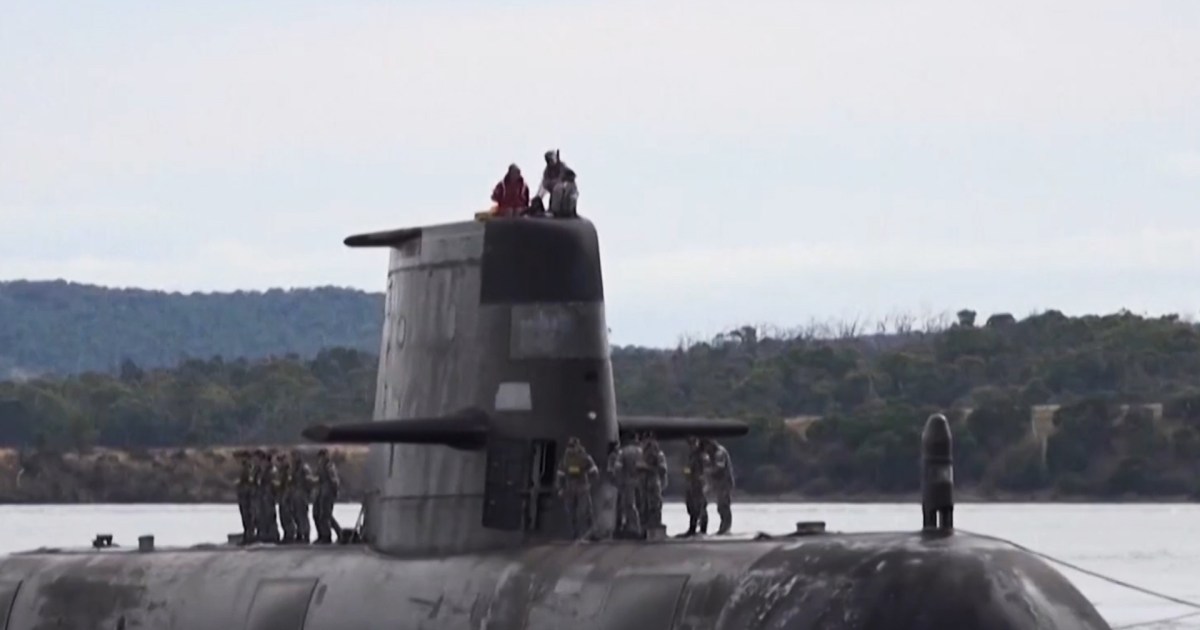 France renewed on Saturday its condemnation of the nuclear submarine deal between Australia, the United States and Britain, in the framework of the so-called "Aukus" agreement, and Washington and Canberra sought to calm French anger, while Malaysia warned of a nuclear arms race in the Indo-Pacific region.

On Friday, France recalled its ambassadors to Washington and Canberra for consultations, after Australia announced last Thursday that it would cancel a 2016 deal to buy conventional French submarines worth billions of dollars in favor of an alternative deal under which it would build at least 8 nuclear submarines with American and British technology, as part of a new security partnership between the three countries. to confront China.

French Foreign Minister Jean-Yves Le Drian said today that the recall of the ambassadors from Washington and Canberra reflects a "deep crisis," adding that what happened in the submarine issue "will affect the future of the North Atlantic Treaty Organization (NATO)."

As for the French ambassador, Jean-Pierre Thibault, told reporters today in Canberra before leaving for Paris, "I think this was a grave mistake and a very bad treatment of the (French-Australian) partnership because it was not a contract but a partnership that is supposed to be based on trust, honesty and mutual understanding."

The ambassador added that he was deeply saddened to leave Australia, but saw the need to reassess bilateral relations.

In other statements to a local radio station, Tebow said that "it was not about selling salad or potatoes, but rather about a relationship of trust at the highest level and covering issues of the highest degree of confidentiality and sensitivity."

Earlier, France described the cancellation of the deal - which was valued at 40 billion dollars in 2016 - as a "stab in the back".

This is the biggest dispute between France and Australia since 1995, when Canberra protested against Paris' decision to resume nuclear tests in the South Pacific, and recalled its ambassador for consultations.

In what appeared to be a message to allies, the French Foreign Ministry said today that Paris and New Delhi had agreed to work on a program to establish a "truly multilateral international order."

The ministry added - in a statement - that French Foreign Minister Jean-Yves Le Drian and his Indian counterpart Subramaniam Jaishankar agreed in a phone call to strengthen the strategic partnership "based on the relationship of political trust between two large sovereign states in the Indo-Pacific region."

Australia said it regretted France's decision to recall its ambassador, and a spokesman for the foreign minister said his country "understands France's deep disappointment with our decision, which was taken in line with our clear and stated national security interests."

As for the spokesman for the US State Department, Ned Price, said that France is a "vital ally", and that the United States will work in the coming days to resolve differences.

In the meantime, the chiefs of staff of the member states of NATO will meet today in the Greek capital, Athens, within the framework of the Alliance's Military Committee.

In its meeting, the committee will discuss the alliance's defense plans, the dangers coming from Russia and China, and the future of the alliance within the framework of its 2030 plan.

Ahead of the meeting, Admiral Rob Power, Chairman of the Military Committee, said the alliance faces challenges in preserving global order from "authoritarian powers" such as Russia and China, and added that it needs transatlantic unity to meet those challenges.

Malaysia has expressed concerns that the Australian nuclear submarine plan could lead to a nuclear arms race in the Indo-Pacific.

"This will provoke other forces to take more aggressive measures in the region, especially in the South China Sea," the Malaysian Prime Minister's office said today, Saturday, in a statement.

The statement did not mention China, but Beijing's foreign policy in the region is very assertive, especially with regard to asserting its sovereignty claims in the resource-rich South China Sea, some of which conflict with Malaysia's claims.

Malaysia urged all parties to avoid any provocative actions and any arms race in the region.