How many times have we thought about: let's see if I have a millionaire idea and hit the ball. &amp; apos; Look Amancio Ortega, who started making gowns &amp; apos ;, we think .... 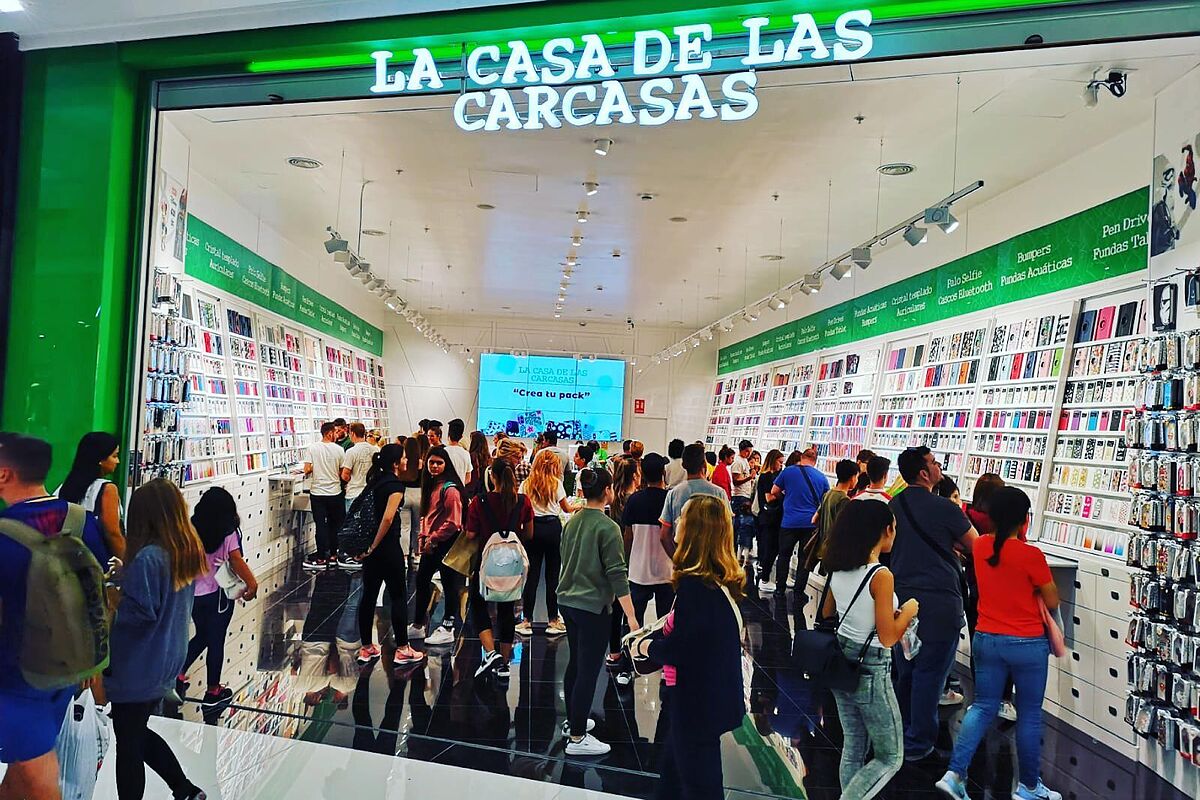 How many times have we thought about: let's see if I have a millionaire idea and hit the ball. 'Look Amancio Ortega, who started making gowns,' we thought. However, that miraculous business never prostrates itself before us, but, hey, whoever follows it gets it. That is what happened to

(31), a young man from Cáceres who, as a political science student and town councilor, went on to run a company that

. How? With mobile phone cases.

First it was an

Very soon, we will also see the firm around the world, as Villalobos has sold a majority stake to

, an entity dedicated to venture capital, with the intention of expanding the brand internationally.

The operation has been closed for

Villalobos founded La Casa de las Carcasas in 2013. At that time he was studying politics at the Complutense University of Madrid. This had always interested him and, even, he became

one of the youngest councilors of Cáceres

. However, the crisis and the low wages that awaited him diverted him from that path. He took his savings and came up with the millionaire idea.

His favorable family situation probably helped all this success.

Sources close to Villalobos explain to LOC that his father's family

, a popular food chain in Cáceres.

"He is a supernormal boy, but it is true that

his family has money

, come on, he has never gone barefoot," the same sources detail.

His neighbors speak of him with affection and confirm the love he always lavishes for their land: "No

matter how much money he has earned, he has never left here

Also, whenever you can, have a nice gesture with them, like donating masks during confinement.

For details like this they hold him in high esteem. Also because thanks to him many have jobs. For his businesses - he is also the owner of a lottery administration and a rental company - he

. Of course, in La Casa de las Carcasas it only employs women. According to

, it was due to problems he had with some male employees.

Nobody in Jaraíz has a bad word for Villalobos, although it is true that the news of the sale

has left more than one speechless

, especially due to the high amount of money at stake. "Is a carcass business really worth that much?" They ask. The company's accounts speak for themselves. With a total assets of 33,700,000 euros, it

closed 2020 with a positive balance of almost 10 million

Additionally, ProA is a veteran in the venture capital industry.

Among its portfolio of operations, firms such as Grupo Vips or Pastas Gallo stand out.

If all goes well,

We will see if Villalobos is able to recover it.

At the moment, the only thing that is known is that he will continue to run the group's management as before.

RelationshipsMishel Gerzig: the explosive girlfriend with a military that has made Courtois settle down

Families Cuevas and Ponce: uncomfortable posed after the divorce and the numerazo with Ana Soria