Positions against China are being moved forward with the security pact Aukus and the submarine agreement between Australia and the United States. At the same time, the agreement shows that both France and the EU are weak when it comes to security policy, says Jan Hallenberg, security expert at the Foreign Policy Institute. 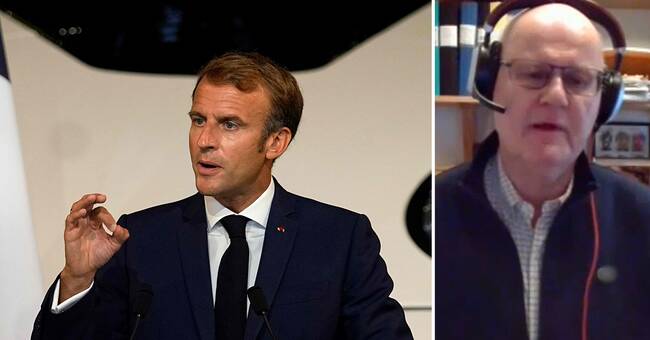 The new security pact between the United States, Britain and Australia, which was presented on Thursday, came as a surprise to many.

Not least for France, whose agreement with Australia to supply submarines to a value equivalent to SEK 350 billion will not materialize.

Instead, the United States will now give Australia access to technology to build nuclear-powered submarines.

- The technology behind nuclear submarines has only been shared by the United States in one country before, the United Kingdom.

But the Americans are obviously not prepared to share the technology with France, and this is a sign that France is not as central to US security as Britain and Australia are, says Jan Hallenberg.

The reactions from the French side after the announcement have been strong.

French Foreign Minister Jean-Yves Le Drian called the action "a stab in the back".

On Friday, President Emmanuel Macron decided to recall his ambassadors to both the United States and Australia.

- France is the oldest ally the United States has had since the 1780s, and they think this is a betrayal.

I do not know if a Western country is withdrawing an ambassador from Washington if it has happened at all in modern times.

It shows how upset the French are, says Jan Hallenberg.

- At the same time, it also demonstrates the EU's inability in military strategy, Hallenberg continues.

A reversal from Australia

From the Chinese side, the new pact and armaments have been called obsolete "cold war mentality".

But the fact that the United States shares the technology of building nuclear submarines into another ally shows that they take the threat from China seriously, says Jan Hallenberg.

The pact and the submarine agreement also mean a turnaround from Australia.

- Prime Minister Scott Morrison has previously said that there is no reason to choose between the United States and China. Now he is acting exactly the opposite, despite the fact that Australia's largest trading partner is China, says Jan Hallenberg.