Scottish historian Niall Ferguson: Why won't the end of the American empire be peaceful?

"Does the experience of the British help us understand the future of American power?" asks academic Niall Ferguson, a specialist in international and economic history who was a supporter of the Iraq war in 2003. 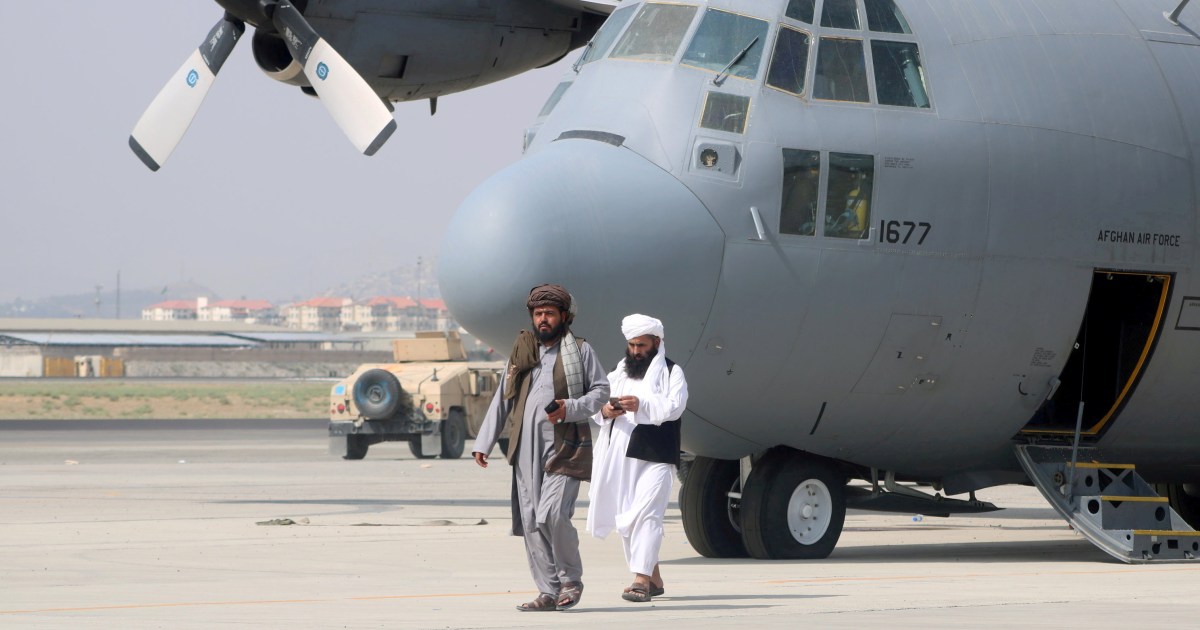 In a file published by the British “Economist” magazine on the future of American power after the events of September 11, 2001, the rise of China and the withdrawal from Afghanistan, the Scottish-American historian, former Harvard University professor Niall Ferguson, presented his vision on what he considers “the end of the American empire,” referring to It will not be peaceful and smooth.

"Does the British experience help us understand the future of American power?" asks the academic specializing in international and economic history, who was a supporter of the 2003 Iraq war, in his article in the British magazine.

He answers his question by saying that Americans prefer to draw lessons from the history of the United States itself, but it may be useful to compare the country with its predecessor, because America today is in many ways similar to Britain in the period between the two world wars.

Ferguson - who regrets "the removal of Christianity from Europe" and the secularization of the continent, which makes it "weak in the face of intolerance" - that the American citizen who follows the "humiliating" withdrawal of his country's forces from Afghanistan will find that Winston Churchill's criticisms of his country's government during World War I applies to the current American situation.

Churchill wrote, criticizing the spread of populism, ignoring sensitive issues, and giving priority to electoral interests over the vital interests of the state, while "the masses were mired in ignorance, and their leaders were only preoccupied with winning votes, and refused to confront the people with unpleasant facts."

Britain at that time suffered from a mixture of national and imperial problems, and emerged from the world war to face a financial crisis (1918 and 1919) and a global pandemic (Spanish flu) and debts worsened sharply, although the British currency remained globally dominant.

At a time when the ruling political elites ignored the developments and transformations of the world order at the time, British global hegemony was threatened in Europe, Asia and the Middle East, while the League of Nations was on the verge of collapse.

In short, the empire on which the sun never set was in decline.

According to the historian - who believes that Britain "made the modern world" by spreading democracy, free trade, capitalism, the rule of law, Protestantism and the English language - many writings during the past decades predicted the American decline, but that decline may not be as calm and gradual as the British decline was between the thirties and fifties of the century. the past.

The historian - who predicted America's financial crisis in 2008 - compares the United States today with the English Empire about a century ago, noting that the debt in Britain reached up to 200% of GDP in 1934, while the debt was on the way to cross that threshold in America by 1951.

But an important difference between the United States today and the United Kingdom nearly a century ago is that the average maturity of US federal debt is very short (65 months), while more than 40% of British public debt has taken the form of perpetual or pensions.

This means that US debt today is more sensitive to interest rate movements than Britain.

This means that the current US debt is more related to interest rate fluctuations, and the historian warns - in the same context - on the risks of inflation, high interest rates and debt servicing costs.

The writer compares America's current policies with Britain's policies in the thirties of the last century, which Churchill described as avoiding confrontation, and procrastinating in the face of the aggressive behavior of Hitler, Mussolini and Japan's military regime at the time, considering that the majority of Americans today resemble the majority of Britons in the period between the two world wars in that they do not want to think The possibility of a major war against a foreign regime or coalition of regimes.

Although America - and the writer says - does not face the possibility of a confrontation with China as was the case in the time of the two wars, China poses an economic challenge to the United States greater than the Soviet Union was before.

In the context of comparing the current American decline with its British counterpart, the historian - known for his theorizing of Western retreat - sees that one of the major causes of British weakness between the two world wars is the rebellion of the intellectuals against the empire and in general against traditional British values.

On the other hand, the idea of ​​a decadent Britain was entrenched in a mental image in Germany, Russia, Italy and Japan, which may resemble the view of Chinese diplomats and patriotic thinkers of America today, citing what the English writer and novelist George Orwell wrote, who said, “I did not even know that the British Empire was dying.”

At that time, many English elites adopted communist doctrines, and many of the aristocratic elite were attracted to Hitler's ideas, while others mocked the empire and did not celebrate it.

In short, the writer says that, as happened to the British in the 1930s, Americans in the 1920s no longer like empire, which greatly pleased Chinese observers.

However, the writer - who is known for his opposition to immigration and Muslims - says that the problem revealed by the "disaster withdrawal from Afghanistan" is that retreating from global hegemony is not a peaceful process.

Regardless of what America says, declaring the end of the longest war in the country's history without any gains is an outright admission of defeat for the world as a whole and for the Taliban as well.

The writer believes that nothing is inevitable in the rise of China or Russia, especially since allied countries such as North Korea and Venezuela are economically failed countries, while China is witnessing rapid demographic aging and a decrease in its global power and debts to its private sector that have effects on economic growth, in addition to the consequences of the climate crisis. And the Corona pandemic, according to his analysis.

The writer concludes by saying Churchill that "facts are better than dreams," stressing that American leaders have become in recent years enamored with dreams, ranging from the fantasy of hegemony in the era of George Bush, to the dark nightmare of chaos on American soil in the era of Donald Trump, and while the current conditions herald a global storm. New, the time seems right for a real confrontation, which Churchill well understood: the end of empires is rarely a painless process.