A celebration of pastoralism in Niger against a backdrop of jihadist expansion Ingall (Niger) (AFP) Red, orange, blue, fuchsia ... For three days, the Saharan desert of Ingall, in the north of Niger, was draped in the colors of the tunics of thousands of breeders who came to celebrate their traditions. From Thursday evening, the cloud of immaculate turbans - which for the occasion replace the bush turbans - smiled, danced, ran on camels. The festivities of the "Cure salée" 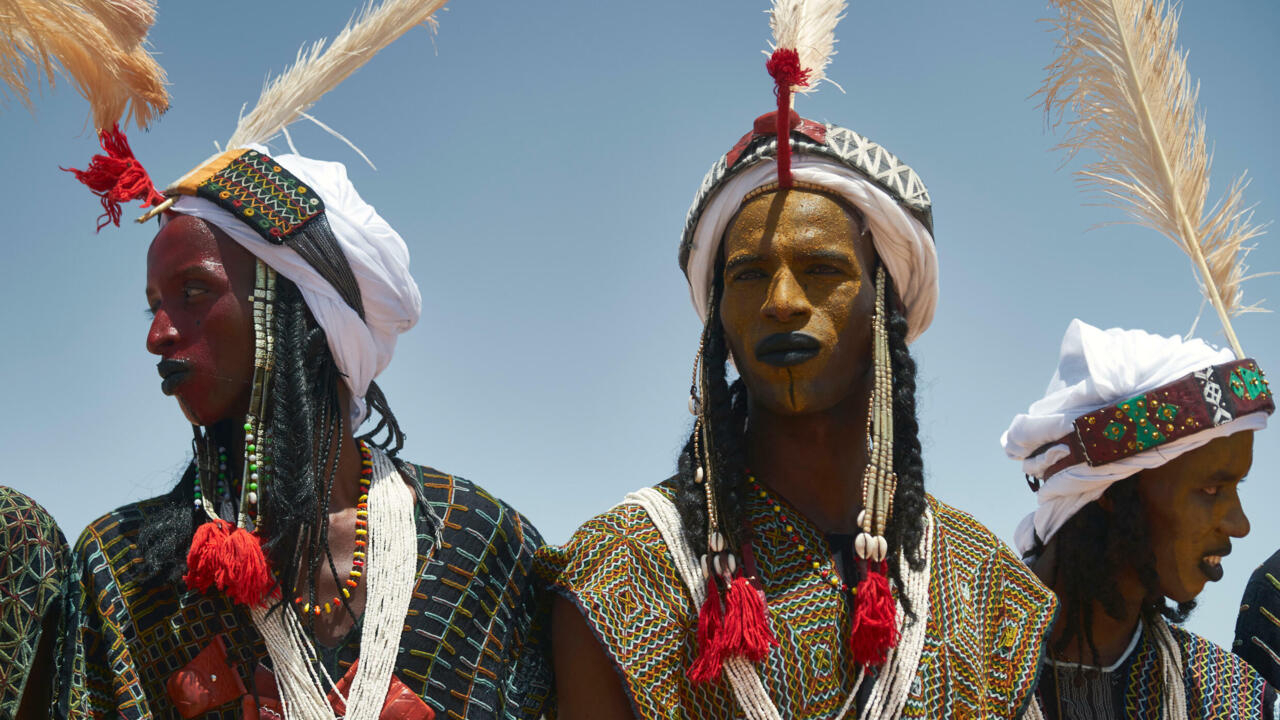 Red, orange, blue, fuchsia ... For three days, the Saharan desert of Ingall, in the north of Niger, was draped in the colors of the tunics of thousands of breeders who came to celebrate their traditions.

From Thursday evening, the cloud of immaculate turbans - which for the occasion replace the bush turbans - smiled, danced, ran on camels.

The festivities of the "Cure salée", named after a tradition of breeders bringing their herds to graze in this saline region at the end of the rainy season, must end on Sunday.

Banwo Marafa, 46, left his blue bazin behind to sport a larger, matt purple one, topped with a long white turban around his head.

From his face we can only see his round eyes and sometimes, below, features that widen when he smiles.

Participants at the Cure salée festival, in Ingall on September 16, 2021 Michele Cattani AFP

"Every year we come, we find breeders from Zinder, Tahoua, Tilia, from all over Niger. We have known each other for a long time, we meet each year with music and dances, it's a big celebration! ", he explains.

"Especially since it was canceled last year with the Covid, so there are still more people," he adds.

Further on, his nephew and about fifty other young people, all men, dance in a circle in the sand.

They sing about love and reunion in the Fulani language.

Others watch, the traditional saber on the belt.

The women are further away.

Other festivities will bring both sexes together later this weekend.

Everywhere in the gatherings, a festive energy hovers.

But when you sit down in the tents and talk seriously, the faces close quickly: these laughs and these songs are only a parenthesis in the dreary daily life of these Fulani and Tuareg herders, nomads of the eternal between the different water points in the Sahel and the Sahara.

These are becoming scarce.

Also, "before we were free, we led our herds everywhere", explains the village chief of Foudou, Assamou Malam.

"But for fifty years the problems have accumulated: lack of work, land issues, a lot of injustice ..."

In Niger, a country ranked last in the world in terms of the human development index (HDI), the nomads are - as elsewhere in the Sahel - the neglected of public policies since independence in 1960.

After several Tuareg rebellions in Mali and Niger, the Sahelian nomads were the first to be recruited by jihadist groups, Al-Qaeda and the Islamic State.

Armored vehicles from the army ensure the security of the festival, in Ingall on September 16, 2021 Michele Cattani AFP

Established in Mali, Burkina Faso and the neighboring Niger regions to that of Agadez, these groups are not yet established here.

But this immense desert north of Niger, already land of trafficking and illegal migration, "is perceived by terrorists as the territory they are now intended to occupy gradually," Nigerian President Mohamed Bazoum warned on Friday. a forum for discussions between the State and the customary chiefs who hold moral authority in the bush.

We must prepare, according to him, to "be armed to face the claims of these two groups".

At the podium, General Mahamadou Abou Tarka, at the head of a powerful structure, the High Authority for Peacebuilding, warned against "small conflicts" between communities which lead to large-scale violence .

Far from the building housing the forum, the Cure salée nevertheless looks like a festival like any other.

With the difference that it takes place in the middle of the Sahara: there are the Quechua camping tents of the breeders (preferred to traditional tents during the festival), a group of tourists from a Russian tour operator, the concert of the Tuareg star Bombino accompanied by his riffs listened to on all Saharan WhatsApp ...

Here, a youngster has installed a sound system and made those who pass by to dance.

There, a group of Wodaabe Fulani gathered around one of their own who was getting make-up for a ceremony.

A young Woodabe prepares for a ceremony, in Ingall on September 16, 2021 Michele Cattani AFP

"But it was better before", regrets another group leader, pleading anonymously against "political use" by the authorities of the festival.

“Originally, it was a nomadic event for nomads, we just celebrated”.

At the Cure salée 2021, NGO stands line up, armored vehicles guard the entrance to the VIP area and a surveillance drone, undoubtedly out of the nearby American air base, crosses the blue sky of Ingall.

Of all the people interviewed by AFP, only President Bazoum explicitly mentioned the possible jihadist extension in this region.

Still, everyone makes a watermark reference to it.

"We must not wait for the fire to be there to put it out," metaphorically summed up the president of the Agadez Regional Council, Mohamed Anacko.