The TGV celebrates its 40th anniversary with Emmanuel Macron

SNCF is celebrating the 40th anniversary of the TGV on Friday, with the President of the Republic. Emmanuel Macron hailed an "industrial pride" during a brief speech at the Gare de Lyon in Paris. Since so ... 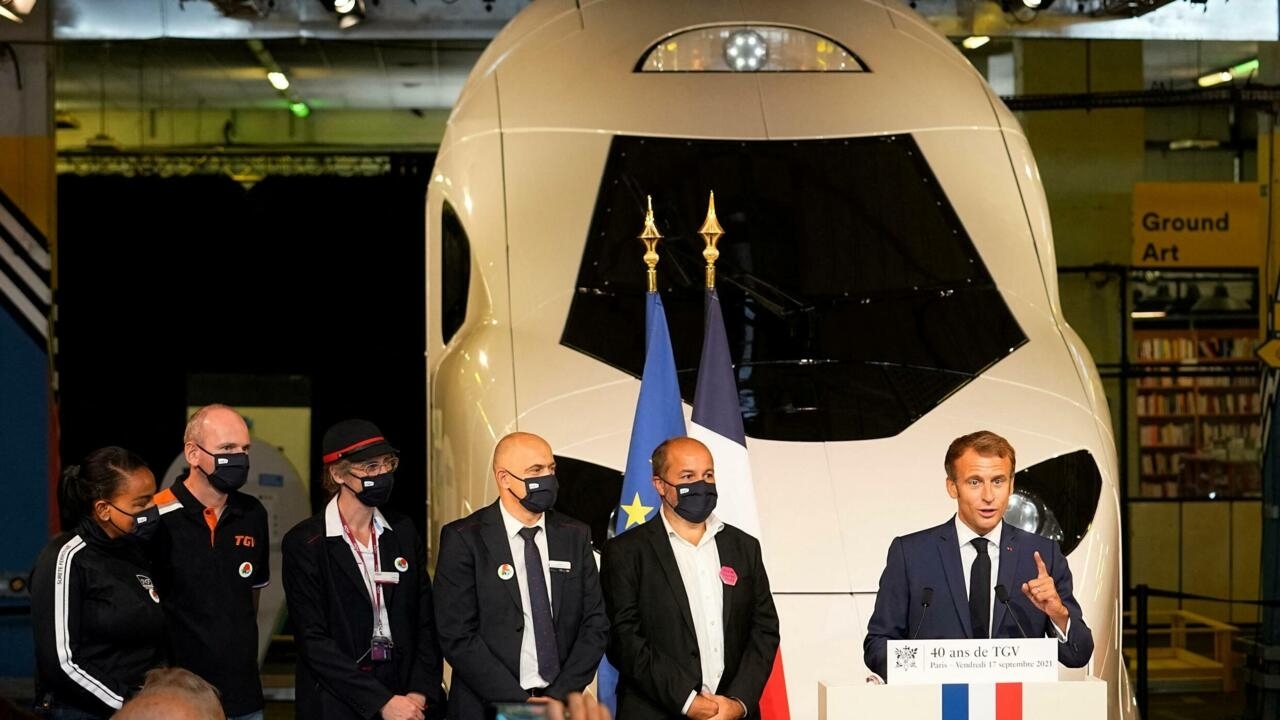 The SNCF is celebrating, Friday, September 17, the 40 years of the TGV, an anniversary celebrated with Emmanuel Macron which will allow the company to forget the pandemic while waiting for the arrival of the next generation of trains, and while the competition is on its way. nose.

Launched by Georges Pompidou and built under Valéry Giscard d'Estaing, the TGV was inaugurated on September 22, 1981 by François Mitterrand.

It was orange, only traveled 260 km / h and took 2 hours 40 minutes between Paris and Lyon, compared to 3 hours 40 minutes for the fastest trains previously - a journey reduced to 2 hours in 1983.

Since then, the seven generations of TGV have transported 3 billion passengers.

"The TGV, it belongs to the French. (...) It's an incredible commercial success!" Exclaimed the CEO of SNCF, Jean-Pierre Farandou.

For the anniversary of its favorite train, the public group has chosen to combine its celebration with Heritage Days, with a double exhibition open all weekend at Gare de Lyon and at Ground Countrol - a former postal sorting hall located in two steps - in Paris.

As a star guest at the Gare de Lyon, in front of train 16 of the 1981 inauguration: Emmanuel Macron, who came in the company of the Ministers of the Economy Bruno Le Maire, of the Ecological Transition Barbara Pompili and of Transport Jean-Baptiste Djebbari.

In a short speech on a quay, Emmanuel Macron praised "industrial pride" and "human pride", illustration of "French genius", in the service of regional planning.

He then unveiled a full-scale model of the motor of the TGV M, long called "TGV of the future", which the public company intends to put on the rails in 2024.

This new TGV, ordered from Alstom, will not be faster than the last trains running on the French network - 320 km / h -, but the SNCF wants it more comfortable, more capacity, more flexible, more ecological, more economical.

President Macron was last interested in the TGV on July 1, 2017. Freshly elected, he inaugurated the extension of the new line to Rennes.

If he hailed "a technological success", he also promised "not to relaunch large new projects but to undertake to finance the renewal of infrastructures".

Getting passengers back on trains

Because the construction of 2,700 km of French high-speed lines (LGV) has plagued the accounts of SNCF, whose enormous debt has long been worrying.

The rise of the TGV - first Paris-Lyon, then to the Atlantic, the North, the Benelux and Great Britain, the South-East and the East - created a "two-speed SNCF", where it was the object of all the attentions to the detriment of the traditional network and the daily trains.

Priority has therefore been given in recent years to the maintenance of existing facilities.

But most of the unserved elected officials have never ceased to claim "their" TGV, even though its arrival has raised property prices everywhere.

The tide is starting to turn, undoubtedly under the impetus of the ship-owner Jean Castex.

The Prime Minister, elected from Occitanie, has indeed relaunched the LGV Bordeaux-Toulouse and Montpellier-Perpignan projects.

With financing keys associating the State, local communities and Europe, but no longer the SNCF (which is content to buy the trains).

The revival of night trains

The TGV was, before the Covid-19 pandemic, a very profitable activity.

His birthday party allows him to escape a little from the current slump, while the great challenge of the national company is now to bring back passengers on the trains, and in particular the business clientele.

"We had a good summer," SNCF Voyageurs director Alain Krakovitch told journalists, for whom "the return to school is going well" with encouraging signs for the resumption of business traffic.

To complicate matters, competition should finally arrive on French railways: the red high-speed trains of the Italian company Thello (Trenitalia) are indeed expected for Paris-Lyon-Milan "before the end of the year".

They could be followed later to Lyon-Marseille by trains from the Spanish Renfe, then in the West by those of Le Train, a Charente company.