The first taikonauts of the Chinese space station return to Earth

After three months spent in space, a record for China, the three taikonauts who were in the Chinese space station under construction landed in the sands of the Gobi Desert ... 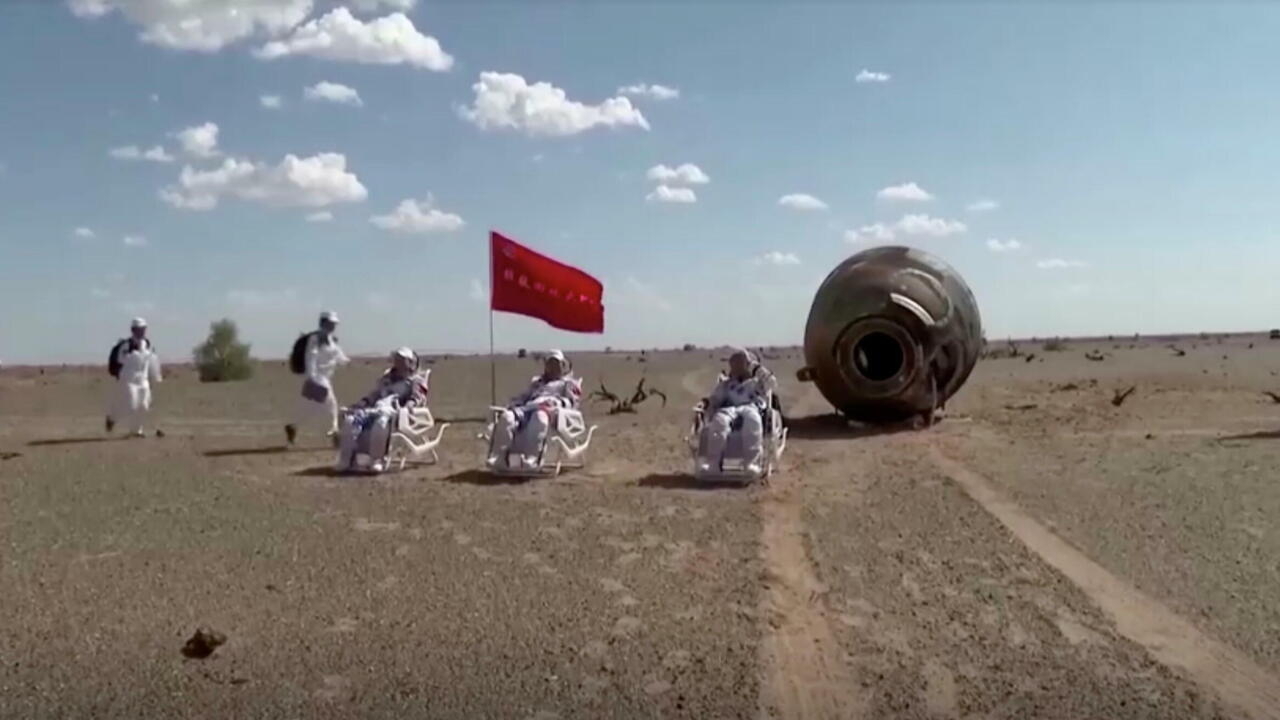 The first taikonauts of the Chinese space station return to Earth

A screenshot shows the three taikonauts posing for photos after landing in the Gobi Desert, China on September 17, 2021. via REUTERS - REUTERS TV

After three months in space, a record for China, the three taikonauts who were in the Chinese space station under construction landed in the sands of the Gobi Desert on Friday.

When they arrive, the three astronauts must do quarantine.

This period of isolation is not linked to Covid-19, but because “

their immunity has been weakened

” by these 90 days spent in space, according to Huang Weifen, one of the persons in charge of the manned space program.

This record marks another important milestone for China.

No one here would have missed this impressive descent, 393 kilometers at 7.9 km / second, followed upon landing by 290 million Internet users.

To read also: First spacewalk of two taikonauts from the Chinese space station

The return is filmed live.

First, there is the capsule which ignites when entering the atmosphere - violent shocks, extreme heat - which give the steel shell of the module a Mad Max appearance when placed in the red sands of the Chinese province of Inner Mongolia.

But before that, space enthusiasts held their breath, their gaze fixed on their smartphone as the red and white striped parachute deployed, before the craft came to rest on the ground at 13:34, time of Beijing.

Once the intervention of the medical team ended, the

three "heroes" reappeared on the screen.

(link in English) in their astronaut suits, drawn features and on wheelchairs to answer questions from China Central Television (CCTV).

We all feel great.

Real gold is not afraid of fire,

Commander Nie Hasisheng said at the time, citing a Chinese proverb to translate what he thought when the capsule ignited in the fall.

I will never forget that day,

” said Liu Boming. And for good reason: the latter celebrated his birthday today. “

The universe is vast, it is beautiful and it is fascinating,

In the future, we will fly farther and longer, and bring back the most beautiful landscapes in space to hundreds of millions of Chinese children.

As for the third man, Tang Hongbo, he is content to greet his parents under an avalanche of bravos and pixelated hearts sent by the weibonauts.

was the first Chinese manned mission in nearly five years.

Its success is also a matter of prestige for the CCP, which is celebrating its 100th anniversary this year.

The return also comes two days after President Xi Jinping's inspection of a People's Liberation Army (PLA) space base in the northwest of the country.

To listen and read also: China in the conquest of space