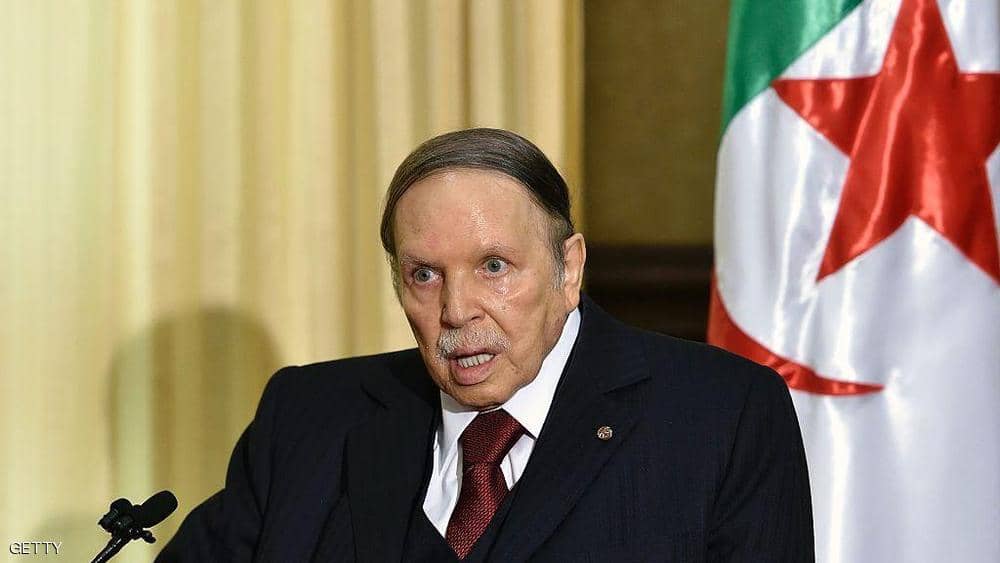 In Algeria, it was announced that former President Abdelaziz Bouteflika had died at the age of 84.

The Algerian presidency said on Friday that former President Abdelaziz Bouteflika had died at the age of 84, more than two years after he stepped down under the pressure of mass protests and the army.

Bouteflika ruled Algeria for 20 years before resigning in April 2019 after street demonstrations rejected his plan to run for a fifth term.

Bouteflika was rarely seen in public before he stepped down since suffering a stroke in 2013.

Bouteflika was a veteran of Algeria's war for independence.

Abdelaziz Bouteflika was born on March 2, 1937, to an Algerian father and mother, in the Moroccan city of Oujda, where he lived and grew up until he finished high school.

In 1956, he dropped out of school to join the National Liberation Army at the age of 19.

Bouteflika was involved in the fighting on many burning fronts, and soon assumed high positions in the leadership of the Algerian liberation revolution, according to "Sky News Arabia".

During the years 1957 and 1958, he served in the historic fifth state (the Oran region), where he was appointed General Comptroller, and an officer in the fourth and seventh regions.

He also joined the Military Operations Command and Staff Command in the west of the country, then the General Staff Command.

And assigned the tasks of some of them on the Algerian border with Mali.

From there, he was known by his military name “Abdul Qadir al-Mali”.

After Algeria's independence in 1962, Bouteflika left the army and turned to politics, joining the government of Ahmed Ben Bella with the portfolio of youth, sports and tourism at the age of 25.

Ben Bella decided to dismiss him from the Ministry of Foreign Affairs on June 18, 1965. On the following day, then Defense Minister Houari Boumediene carried out a military coup, which became known as the "revolutionary correction."

The strong relationship between Bouteflika and Boumediene, since the period of the "liberation revolution", was the reason for his return to the Ministry of Foreign Affairs again.

After the death of President Houari Boumediene in 1978, things turned against Bouteflika.

With the beginning of Chadli Bendjedid's assumption of power in Algeria, the troubles of Bouteflika began, who was withdrawn from the foreign portfolio in 1979, and he was appointed Minister of State without a portfolio.

Bouteflika was surprised by his expulsion from the Central Committee of the National Liberation Front Party in 1981. The state also demanded that he and his family evict the villa in which he lived in the highlands of the Algerian capital, after he was accused of financial corruption and prosecuted.

Bouteflika had no choice but to leave Algeria.

In 1983, the government newspaper El Moudjahid published a ruling issued by the Court of Accounts condemning Bouteflika for embezzling public funds worth more than sixty million Algerian dinars at the time.

Bouteflika spent his self-imposed exile between Europe and the Gulf, until he returned in 1987 with guarantees from President Bendjedid that he would not be prosecuted.

In 1989 he participated in the Sixth Congress of the National Liberation Front, and was re-elected to its Central Committee.

After nearly a decade of violence and civil war, referred to in Algeria as the "black decade", Bouteflika ran independently in the presidential elections after President Liamine Zeroual resigned in 1999.

Bouteflika promised to end the violence that killed nearly 150,000 people, and left losses of more than 30 billion dollars, and escalated after the cancellation of the results of the 1991 parliamentary elections, which the Islamic Salvation Front won by a majority.

Based on this promise, Bouteflika ran in the elections alone, after his six rivals withdrew due to fraud charges.

Bouteflika has built on his popularity with many Algerians who credit him with ending the country's longest civil war by offering amnesty to former Islamist fighters.

With the support of the army and the National Liberation Front, Bouteflika won the presidency with 79% of the vote.

As for the second term, Bouteflika also won in 2004, but he was not the only candidate, but rather faced the fierce competitor, former Prime Minister Ali Benflis.

In 2008, a constitutional amendment was approved that eliminated the limitation of the presidency to two states, and was widely criticized.

Bouteflika's opponents say the amendment was an indication of his intent to remain president for life and of his retreat from democratic reform.

Bouteflika ran for a fifth term amid great controversy in the Algerian street, where the people met his candidacy with rejection due to his health condition after they left in the February 22, 2019 demonstrations, to announce his resignation on April 2, 2019.