Russian election not exciting - until afterwards

Some do not even want to see the vote in Russia's parliament for an election, others call it farce. But it is not possible cheating during election days that is the big issue, according to Carolina Vendil Pallin at FOI. - It is something that is rigged not only in the election campaign, it is what the whole system looks like. 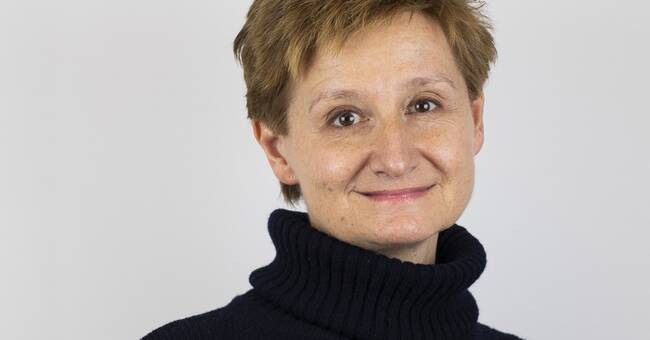 The election for the lower house, the Duma, in Moscow takes place from Friday to Sunday.

But equally important aspects have been decided long before - or will only become relevant after - this weekend.

- There is a lot of focus on whether it is cheated during the election days themselves, but in reality the manipulation takes place much earlier, says Vendil Pallin, who is a researcher focusing on Russia.

- There is no free press, Putin has never participated in an election debate, it is a different type of election than the one we have here in the West.

Opposition forces have been stopped and banned in various ways, including with the help of a new law that everyone who receives help or support from other countries is classified as "foreign agents".

A spectacular working method, which has received a lot of attention on social media, is that "copies" appear to compete with opposition candidates.

For example, Boris Vishnevsky, a longtime critic of the regime who is running locally in St. Petersburg, has posted pictures on Twitter showing how two of his rival candidates have exactly the same name, and have also grown similar beards.

According to the newspaper Novaya Gazeta, the other two men have recently changed their name to Boris Vishnevsky.

At least one of them is said to represent President Putin's United Russia party.

- This is not an election, Leonid Volkov, an employee of the imprisoned opposition profile Alexei Navalny, has summed up the situation.

Many Russians have had a hard time for years, in an economy going bankrupt.

According to opinion polls, United Russia's support has fallen from 40-45 percent before the last election in 2016 to around 30 percent now.

Nevertheless, the party is considered to have a good chance of retaining the qualified majority - two thirds - which facilitates changes to the constitution.

Vendil Pallin explains that, in addition to the fact that opposition candidates never get a chance, large parts of the will of the people are also screened out along the way.

- If you have a turnout of 50-60 percent, and so are some votes of parties that do not pass the 5 percent barrier, plus invalid ballot papers, they are also counted out.

And vips, then a third of the population becomes two-thirds of the votes that actually count, when the seats in the Duma are to be distributed.

But Vendil Pallin stresses that Vladimir Putin and the Russian elite are concerned about public opinion.

- If the turnout is very low, and there is increased dissatisfaction, especially among younger people in the population, then there is a risk that this will be perceived as not legitimate at all.

Therefore, the aftermath may be more important than the election days themselves.

- Much of the repression we see now, and it has increased during this year, is about ensuring that there are no massive protests after the election, says Vendil Pallin.