Return to Earth for the first astronauts from the Chinese station Beijing (AFP) New step for Beijing's ambitious space program: three astronauts returned to Earth on Friday after three months in the Chinese space station under construction, of which they were the very first occupants. Suspended from a parachute with red and white stripes, their capsule "landed safely" in the Gobi desert (northwest China) at 13:34 (0534 GMT), said the space agency in charge of 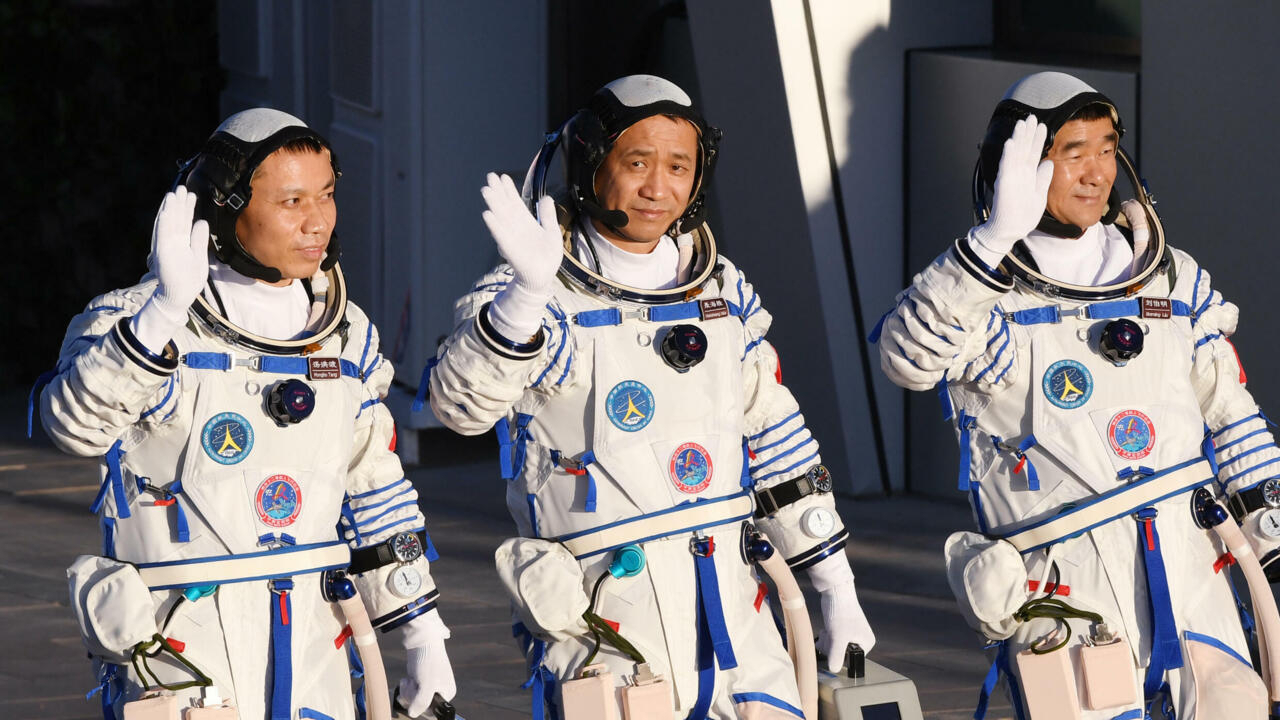 New step for Beijing's ambitious space program: three astronauts returned to Earth on Friday after three months in the Chinese space station under construction, of which they were the very first occupants.

Suspended from a parachute with red and white stripes, their capsule "landed safely" in the Gobi desert (northwest China) at 13:34 (0534 GMT), said the space agency in charge of the flights. inhabited (CMSA).

The three men had taken off in mid-June from the Jiuquan launch center, not far from where they landed on Friday.

Their mission, Shenzhou-12, was the longest ever carried out in space by the Chinese.

"It feels really good to be back" to Earth, astronaut Tang Hongbo, 45, told CCTV, seated in a large white chair shortly after exiting the capsule.

"Dad, mum, I'm back! I'm in good shape and in good spirits!" He said jovially, while his two older teammates, Nie Haisheng and Liu Boming, looked a little better tired.

A precaution taken "not because of the Covid-19" but because "their immunity has been weakened" by their long stay in space, she stressed.

"This step is taken to protect them."

CMSA hailed the "total success" of the mission, a new step in China's ambitious space program, which has already landed probes on the Moon, on Mars and plans to send a crew to the lunar star from here 2030.

"Shenzhou-12 has achieved its goal of activating the new station and making it operational," Jonathan McDowell, astronomer at the Harvard-Smithsonian Center for Astrophysics, in the United States, told AFP.

Photo taken and published on August 20, 2021 by the Chinese space agency in charge of human space flights (CMSA), showing Chinese astronaut Tang Hongbo in the Tianhe module during a spacewalk by his colleague Nie Haisheng - CNS / AFP /Archives

"This paves the way for future regular missions to the station," notes Chen Lan, analyst at GoTaikonauts.com, specializing in the Chinese space program.

CCTV broadcast live the return of the three men, including impressive images from a camera on board the capsule, which showed it flying over the ocher-colored desert at high speed.

On board Tianhe ("Heavenly Harmony"), the only one of the three space station modules already in space, the three astronauts had many tasks to perform.

They carried out spacewalks, maintenance operations or even installed equipment to make the station operational.

Named in English CSS (for "Chinese Space Station") and in Chinese Tiangong ("Heavenly Palace"), the station, when fully assembled, will be similar in size to the former Soviet station Mir (1986-2001).

Its lifespan will be at least 10 years.

The Chinese ambition to build a station was fueled by the American refusal to accept Chinese people on the International Space Station (ISS), a collaboration between the United States, Russia, Canada, Europe and Japan.

Shenzhou-12 was the first Chinese manned mission in nearly five years and a matter of prestige for the ruling Communist Party (CCP) in China, which is celebrating its centenary this year.

For all that, are the Chinese now at the level of the Americans?

If "China is ahead of Europe in terms of manned flights", there are "still gaps" with the United States and these "will take more than a decade, or even more, to be filled", estimates Chen Lan.

He underlines in particular the advantage of the United States in terms of technologies or even cost reduction, with the use now of reusable launchers to reach the ISS.

"The Chinese astronauts for example carried out (during this mission) two spacewalks. It is far from the hundreds carried out with the ISS. This quantity makes the difference."

The Shenzhou-12 mission was the third launch of the 11 required to build the station.

The next launch, that of the Tianzhou-3 spacecraft, which will carry only material, will take place in the coming days, according to CMSA.

Specialized websites are counting on this Monday.