Only one country follows the Paris Agreement, a new report shows

The world's leading countries are failing in their climate work. With the EU's climate policy, global warming ends up close to three degrees, according to a new report. 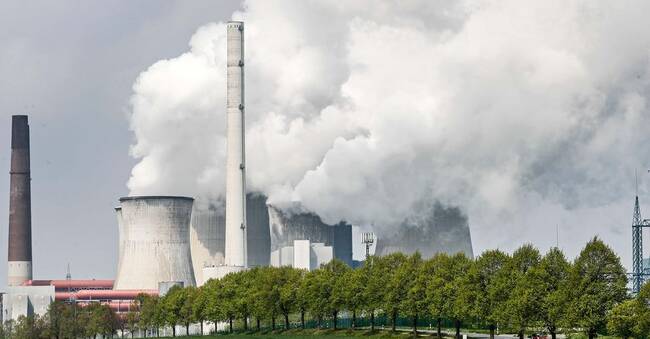 The analysis is published by the Climate Action Tracker (CAT), which regularly reviews and monitors countries' climate policies.

None of the largest greenhouse gas emissions have made sufficient climate change plans to meet the Paris Agreement.

This means that almost all countries are failing with their climate policy to meet the goals of the Paris Agreement - to keep the increase in the global average temperature to a maximum of 1.5 degrees.

Only one of the 37 countries examined has a climate policy that can reduce greenhouse gas emissions in line with the Paris Agreement - the small country of Gambia on the west coast of Africa.

However, there may be more developing countries that also stay within the framework of the Paris Agreement, but which have not been examined by the Climate Action Tracker.

In the analysis, the EU receives the remark "insufficient" regarding climate change.

EU climate policy is more in line with global warming of three degrees, the researchers say.

The same goes for the US and Japan.

Of the industrialized countries, only the United Kingdom comes close to meeting the targets, by reducing its greenhouse gas emissions and helping to finance cleaner energy for poorer countries.

Climate measures promised by Russia, Iran and Saudi Arabia prove to be "critically inadequate" according to the analysis.

Countries must regularly update and adapt their climate targets for greenhouse gas emissions, according to the Paris Agreement.

Over the past year, these updates have stagnated, according to the researchers behind CAT.

The analysis comes at the same time as the World Meteorological Organization WMO warns that the levels of carbon dioxide in the atmosphere continue to be at record high levels.

"If there are no immediate, rapid and large-scale reductions in greenhouse gas emissions, it will be impossible to limit global warming to 1.5 degrees, which will have catastrophic consequences for humans and the planet on which we depend," the UN said. Secretary-General Antonio Guterres in a statement.