Nasal vaccines, a hope for limiting virus transmission Paris (AFP) Replacing the vaccine needle with an injection into the nose: the key to eradicating Covid-19? By acting on the initial site of infection, several tests show promise against the disease and its transmission, although they remain to be confirmed in humans. At the beginning of September, Inrae and the University of Tours filed a patent for a candidate vaccine by nasal administration, a 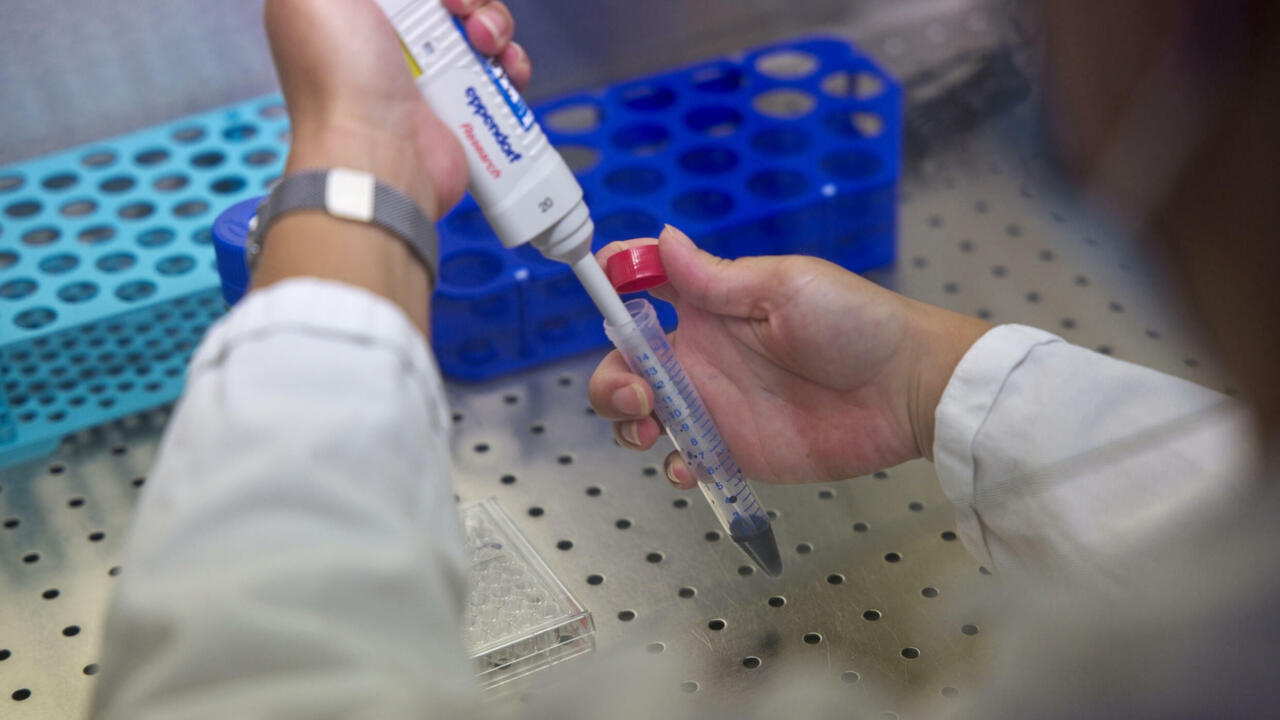 Replacing the vaccine needle with an injection into the nose: the key to eradicating Covid-19?

By acting on the initial site of infection, several tests show promise against the disease and its transmission, although they remain to be confirmed in humans.

At the beginning of September, Inrae and the University of Tours filed a patent for a candidate vaccine by nasal administration, after promising results on animals.

According to the head of the BioMAP research team, Isabelle Dimier-Poisson, the tests showed "100% survival" on mice vaccinated then infected with Covid-19, against "100% mortality" on non-mice. vaccinated.

"Vaccinated animals are 100% protected against the symptomatic forms and a fortiori the serious forms of the virus. And they have very little virus so they are no longer contagious, it is one of the interests of the nasal route", also underlined Philippe Mauguin, CEO of Inrae.

How to explain these encouraging results?

The first is IgA, a type of antibody that plays a crucial role in the immune function of the mucous membranes.

The second is the creation of "memory" B and T cells which reside in the respiratory mucous membranes and form a barrier against infection in these areas.

"When the virus infects a person, it generally enters the nose, the idea is to close the front door", decrypts Nathalie Mielcarek, research director at Inserm, at the head of a team at the Institut Pasteur in Lille, which is working on a nasal vaccine against whooping cough.

"With intramuscular vaccines, we manage to induce an immune response in the mucous membranes but not very long and not very strong, it is more interesting to immunize at the nasal level", adds Morgane Bomsel, immunologist, research director at CNRS at the Cochin Institute.

Faced with Covid-19, the vaccines currently on the market provide strong protection against severe cases of the disease, less against the risk of transmission.

By vaccinating in the nose, the idea is to fight against the virus but also against its spread.

"We have less virus which subsequently infects the lungs, therefore fewer serious forms since the viral load is lower, and also less risk of transmission to other people that we might cross," explains Nathalie Mielcarek.

But these nasal vaccines remain, for the most part yet to be evaluated in humans, even if one has already been used in the United States against seasonal influenza.

A researcher from the University of Tours is working on a candidate vaccine by nasal administration, September 9, 2021 GUILLAUME SOUVANT AFP / Archives

According to the WHO, eight nasal vaccines are currently under clinical evaluation, that is to say in testing in humans, the most advanced being that developed by a group of universities and Chinese company.

In France, the Institut Pasteur associated with the biotech Theravectys, after the appearance of Covid-19, quickly developed a vaccine encoding the Spike antigen, the protein that allows SARS-CoV-2 to enter cells.

"We tried several routes of administration and we noted, in preclinical trials, that when the injection was done by the nasal route, we had a complete eradication of the virus in animals", notes Laleh Majlessi, research director at the within the common laboratory.

Another advantage of this injection through the nose: it protects against the spread of the virus in the brain.

Finally, it would be effective even against the most genetically distant variants of SARS-CoV 2 (such as beta, gamma, delta, Brazilian, South African ...), according to Laleh Majlessi.

Still, the laboratories need funding to advance their research on these vaccines.

If in rich countries, the majority of the population has already received first-generation vaccines, researchers are highlighting the benefit of a booster with these nasal injections.

"We can see that the immunity induced by the first vaccines does not last, we intend to offer ours as a + booster +", advances Laleh Majlessi.

Since they make it possible to reduce the transmission of the virus, "this could allow a return to life before the pandemic, without gestures of social distancing, and without masks", even wants to believe Isabelle Dimier-Poisson.