China News Service, September 17th. According to the official WeChat news of the Ministry of Ecology and Environment, the second round of the fourth batch of the central ecological environmental protection inspection team went deep into the front line and on-site, and verified a number of prominent ecological and environmental problems, and verified a number of inactions and inactions. Act slowl 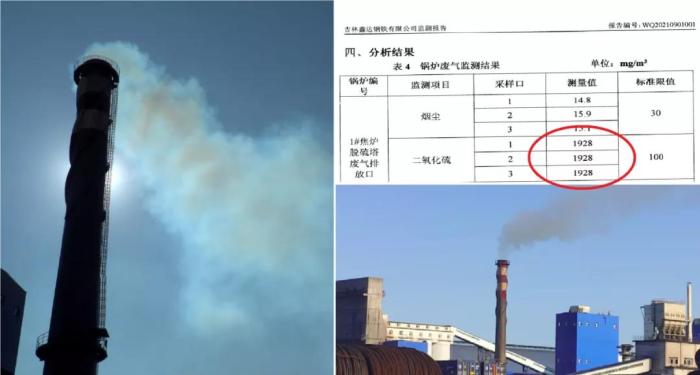 China News Service, September 17th. According to the official WeChat news of the Ministry of Ecology and Environment, the second round of the fourth batch of the central ecological environmental protection inspection team went deep into the front line and on-site, and verified a number of prominent ecological and environmental problems, and verified a number of inactions and inactions. Act slowly, do not take responsibility, do not hit hard, and even deal with formalism and bureaucracy issues such as perfunctory and falsification.

Among them, Liaoyuan City, Jilin Province has ineffective dual control of energy consumption, and the illegal problems of the "two highs" project are prominent.

The specific notification is as follows:

In September 2021, the Central First Ecological Environmental Protection Supervision Group inspected Jilin and found that Liaoyuan City’s dual control of total energy consumption and intensity was inadequate, and the two indicators of the "13th Five-Year Plan" energy consumption dual control did not complete the target tasks, resulting in high energy consumption. The problems of illegal construction and illegal production of energy and high emission (hereinafter referred to as "two highs") projects are prominent, and the city's pollution reduction and carbon reduction situation is extremely severe.

(1) The requirements for dual energy consumption control are not implemented

The "Thirteenth Five-Year Plan of Jilin Province Comprehensive Implementation Plan for Energy Conservation and Emission Reduction" requires that the energy consumption intensity of Liaoyuan City during the 13th Five-Year Plan period be reduced by 15%, and the increase in energy consumption should be controlled within 650,000 tons of standard coal.

However, the energy consumption intensity of Liaoyuan City during the "13th Five-Year Plan" did not decrease but increased, with an increase of 5.47%, and the increase in energy consumption reached 860,000 tons of standard coal, exceeding the control target.

Liaoyuan City lacks a clear understanding of the severe situation. Despite repeated requests from the state and the province to further reduce the “two highs” projects, it still reported to the province in March 2021 that 14 key projects to be put into production during the “14th Five-Year Plan” Energy project, designed to increase the total energy consumption of 3.31 million tons of standard coal.

Jilin Xinda Iron and Steel Co., Ltd. has a prominent problem in the illegal construction of the "Two Highs" project, the construction of pollution control facilities is lagging behind, and the environmental pollution is very serious.

Since 2018, the company has built 14 steel supporting projects, all of which have problems with illegal construction or commissioning.

Among them, the 1.2 million tons/year coking project started construction in April 2019 without obtaining energy conservation review, construction permits and other procedures. The 600,000 tons coking production capacity was completed in December 2020 and officially put into operation in January 2021; 18.8 Four projects including a square meter shaft furnace and an annual output of 800,000 tons of 200H steel were completed and put into production without approval by environmental review or environmental protection acceptance; 9 projects with an annual output of 1.8 million tons of hot-rolled strip steel and white ash double-chamber kilns did not obtain construction permits, etc. Start construction or put into production after the formalities.

The coking project failed to build CDQ and flue gas denitrification facilities as required, and the dust removal and desulfurization facilities have not been put into operation since it was put into operation. The coking waste gas has been directly discharged for a long time. During the on-site inspection, the sulfur dioxide emission concentration was as high as 1928 mg/m3, exceeding the "Coking Chemical Industry" Pollutant Discharge Standard" discharge limit 18.3 times.

On September 1, 2021, during the on-site inspection by the inspection team, the coking exhaust gas of Jilin Xinda Iron and Steel Co., Ltd. was directly discharged. The sulfur dioxide concentration was as high as 1928 mg/m3, which was 18.3 times higher than the standard.

The inspector also found that the company still added iron-making capacity in disguised form against the wind and regulations in order to resolve the overcapacity in the iron and steel industry.

In April 2017, the company used the overhaul to expand the capacity of a 450 cubic meter blast furnace to 660 cubic meters without authorization, and illegally increased its ironmaking capacity by about 200,000 tons.

Since 2018, the company has illegally produced molten iron and steelmaking by leasing three 225 m3 small blast furnaces that Jilin Jingdong Pipe Industry Co., Ltd. should have eliminated long ago. The cumulative use of molten iron has reached 2.066 million tons; Jilin Jingdong Pipe Industry Co., Ltd. main production equipment They are all illegally constructed, and pollution control facilities are rudimentary and not operating normally.

On September 3, 2021, during the on-site inspection by the inspection team, Jilin Xinda Iron and Steel Co., Ltd. rented outdated equipment from Jilin Jingdong Pipe Industry Co., Ltd. to produce molten iron in violation of regulations, and the pollution control facilities were rudimentary and not operating normally

(3) The supervisory level has fallen behind

On the eve of the inspection, the Provincial Energy Bureau and the Provincial Development and Reform Commission have successively re-approved relevant procedures for the 1.2 million tons/year coking project of Jilin Xinda Iron and Steel Co., Ltd. for coal alternatives and energy-saving review opinions.

The inspection team will further investigate and verify the relevant situation, and do follow-up inspection work as required.