Iván Redondo reappears as a member of the Idiazábal cheese: "It was his star gift in Moncloa"

&amp; quot; Sometimes in politics, in business and in life, in addition to knowing how to win, knowing how to lose, you have to do something much more important: knowing how to stop. Thank you so much for everything.... 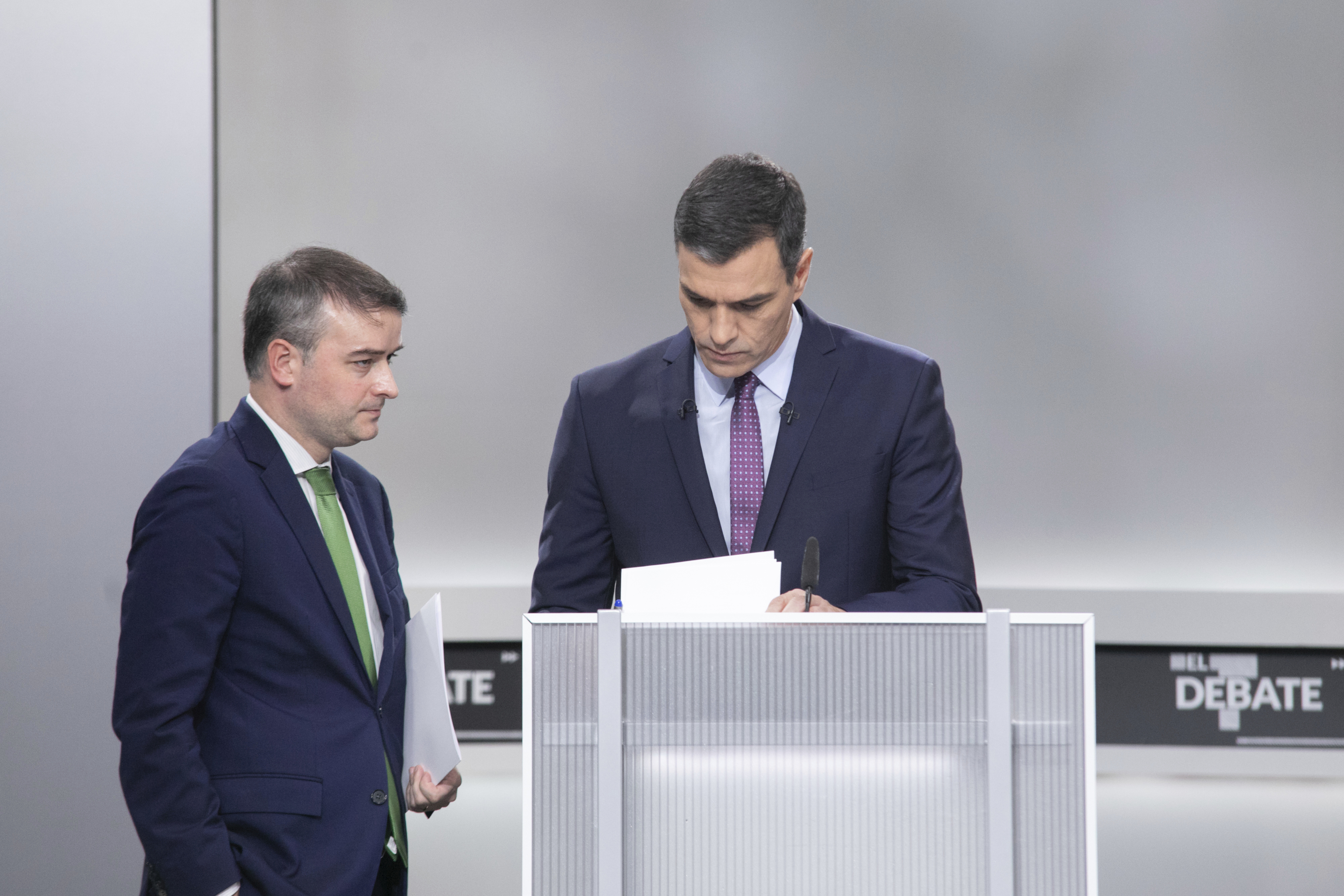 "Sometimes in politics, in business and in life, in addition to knowing how to win, knowing how to lose, you have to do something much more important: knowing how to stop. Thank you very much for everything. We will see each other again." With these words, Iván Redondo said goodbye to the leadership of the Pedro Sánchez Presidential Cabinet. The figure with the most power in the Government, the president's man, the strategist,

fell in the reshuffle of the Executive made by Sánchez

last July. Moncloa's light went out and Iván left the complex to try to return to the anonymity that he lost forever when he became the

at the presidential residence.

"I am a humble advisor.

I do not aspire to make any decisions, but to make recommendations." This is how Redondo defined himself, who always influenced the idea that he was an advisor without ideological affiliation. Not in vain has he not been a member of any political party, although he has served both the PP (Xavier García Albiol, José Antonio Monago) and the PSOE.

After a quiet summer in which he has returned to his origins, to his native Basque Country, Redondo has stopped making headlines for being the author of Sánchez's "story" to be named honorary brother of Idiazábal cheese from the Guipuzcoan town of Ordizia . This same Saturday, Iván Redondo receives this peculiar title that will be awarded to him in an act called The Chapter.

"The Chapter is our party,

where in a normal situation other invited brotherhoods come in addition to ours. Now with the Covid it is more limited. The number brotherhoods that become part of the brotherhood and those of honor are named, who usually be more than one ", Leire Arandia, a member of the same, tells LOC.

Regarding the brothers of honor, he clarifies: "They are named because they have spread and worked in favor of the diffusion of cheese. This year they will be the local basketball club that has turned 50 years old, a recognition of a pastor from the area as well, a chef, Andoni Luis Aduriz, and Iván Redondo ".

The attendance of the former chief of Cabinet of Sánchez is confirmed.

"Iván Redondo is a great lover of Idiazábal cheese

and there is also tradition in his family, he comes from a family of shepherds. We know that when he was in government

his star gift was Idiazábal cheese.

We want to thank him for being

one of the greatest disseminators of this cheese

and we also know that he is especially excited to be a member of this brotherhood. We are also aware of the capacity for attention that he has for having been in the Government and the visibility that he gives us and above all, cheese ".

Iván Redondo with Pedro Sánchez in a debateTVE

In this way, Iván will become part of a brotherhood that is more than 25 years old and in which brothers of honor have been named, among others Íñigo Urkullu, the forensic doctor Paco Echevarría or Nekane Balluerka, rector of the UPV.

the family photo is taken and then the event takes place

at the Ordizia Town Hall.

The return of Iván Redondo will therefore be unique and marked by his origins.

Iván Redondo grew up in a family in San Sebastián, he being the third of four siblings.

The son of a cook and a ship mechanic,

he was very early interested in politics. He studied a degree in Humanities and Communication at the University of Deusto, where he met his wife, Sandra Rudy. Together with her, he started Redondo y Asociados, a communication consultancy that they founded in 2009 and which now continues its activity under the name Erre & Asociados. Rudy's media profile is very discreet and there have been few occasions on which we have been able to see her in a

At the moment it is unknown if Iván Redondo is focused on the search for a new political profile that interests him enough to return to the front line but, in

addition to this illustrious recognition, he will have another

It is about the publication of

Politics or the art of what is not seen

(Península publishing house), the book by journalist Toni Bolaño that deals with the former chief of Cabinet of Sánchez.

is how the author defines Redondo.

Iván Redondo saw clear the possibilities that Sánchez governed a year before this happened.

These were his words in his blog

: "If we focus well on the political chess that is coming, you should know that there is a high probability that Sánchez could be president. Well through a motion of censure (if more scandals occur in within the PP and that alternative majority is formed) or after the result of early elections ".

Thus, and not by chance, he became the guru and right-hand man of Pedro Sánchez.