Italy: A la Salernitana, the "passion" according to Ribéry - France 24

Italy: A la Salernitana, the "passion" according to Ribéry Rome (AFP) At 38, he still had "gasoline" in the engine and a mad desire to find stadiums with supporters: this is how Franck Ribéry finds himself at Salernitana to try to win the maintenance in Serie A. "Football is a passion. If I lived for money, I would not be there," admitted the ex-star of Bayern Munich, landing ten days ago in Salerno, on the beautiful coast Amalfi south of Naples. Accord 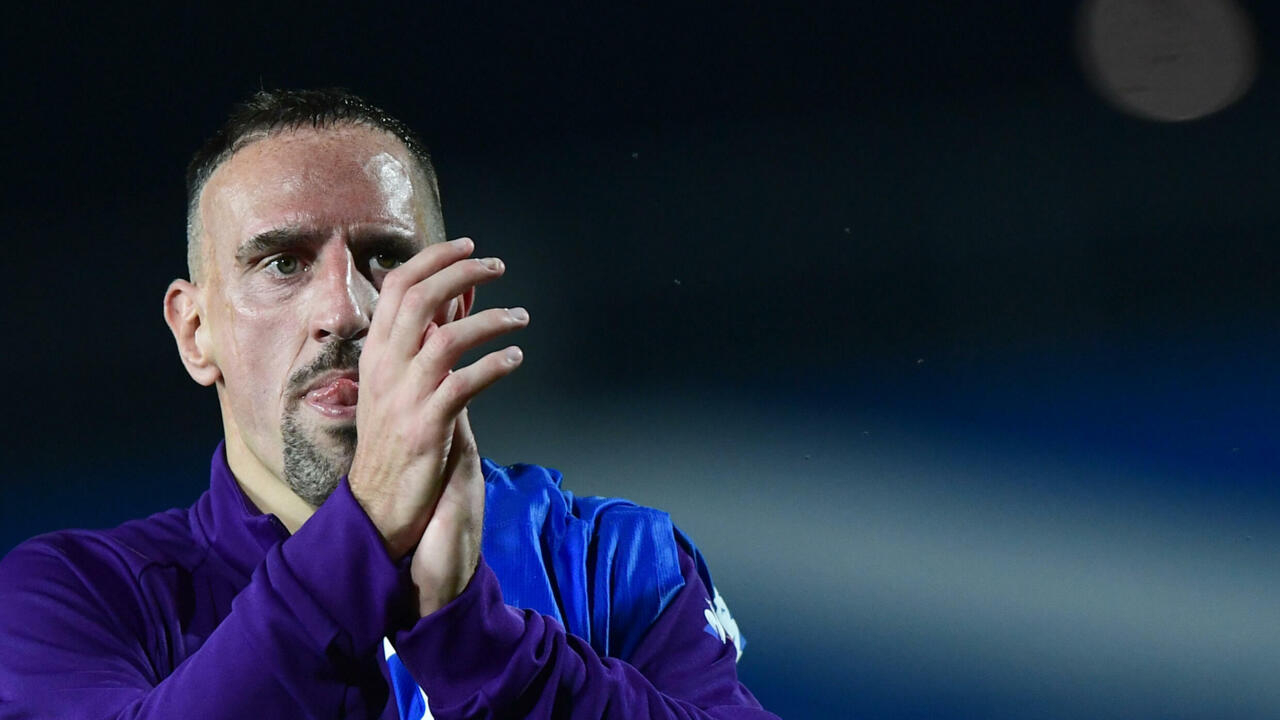 At 38, he still had "gasoline" in the engine and a mad desire to find stadiums with supporters: this is how Franck Ribéry finds himself at Salernitana to try to win the maintenance in Serie A.

"Football is a passion. If I lived for money, I would not be there," admitted the ex-star of Bayern Munich, landing ten days ago in Salerno, on the beautiful coast Amalfi south of Naples.

According to the Italian press, he will receive an annual salary of 1.5 million euros there when he received 4 million euros at Fiorentina.

"In twenty years of my career, I have gained a lot of things. My family is fine, I am fine, I could stay at home. When the gas runs out, I will go home, but it is not not yet the case, "added the former leader of the Blues.

"I felt tifosi with incredible passion, that's why I came to help and bring my experience," added "FR7", who is expected to make his home debut on Saturday against Atalanta, after being came into play Sunday at Torino (0-4).

Without a club at the end of his contract at Fiorentina in June, Ribéry never imagined hanging up his crampons at the end of a season without an audience in the stadiums due to the pandemic.

The passion aroused in Salerno by the announcement of talks with the player, on social networks but also in town with the appearance of unofficial jerseys flocked with his N.7, eventually convinced him to join this club almost -unknown outside Italy.

"During the presentation, in front of 5,000 spectators, I imagined what it would be like with a full stadium ... It's been a long time since I saw supporters, it helps me", he assured during his presentation press conference, to which the mayor of Salerno was also invited.

Against Torino, Ribéry was however able to realize the difficulty of the mission which awaits him in this club playing its third season in the elite, but the first for more than twenty years.

Second last year at the bottom, Salernitana are the last club in Serie A for the value of their squad, according to the specialist site Transfermarkt.

All the players are valued at 38 million euros, almost half less than the two clubs that precede them in this financial ranking (Venice and Spezia).

It is therefore quite logical that the Campania club is already red lantern with three defeats in three matches, and eleven goals conceded (for two registered).

The club, co-owned until June by the owner of Lazio Rome (Claudio Lotito), is also looking for a buyer.

And this in order to comply with federal rules prohibiting two clubs from the same division having the same owner.

Pending this future sale, by the end of the year at the latest, an independent director has been appointed.

From an economic point of view, with the arrival of Franck Ribéry, the Salernitana therefore offers itself a great media promotion and has acquired a significant asset to put in the basket in terms of marketing.

But on the ground, will the operation be enough to avoid an express return to Serie B?

In the game, we will have to wait until the Frenchman has regained his optimal form, after a summer of training alone, and hope that he avoids the muscle injuries that have disrupted his two seasons at Fiorentina.

But his vision of the game and his experience offer new guarantees for a team which, against Roma (0-4), had only managed ... 91 assists in 90 minutes!

La Salernitana relies above all on his contribution off the field: "beyond the technical aspect that we all know, he has an extraordinary impact on the group through his humility, his simplicity, his intelligence", assured the coach Fabrizio Castori.

Ribéry, he has already sent a message: "the important thing will be to quickly win a first match".